With Flag Day this month and Independence Day just around the corner, it’s the perfect time to unveil the new temporary exhibit, Unfurled: Flags from the Collections of The Charleston Museum. Flags have long been used both symbolically and practically to convey messages. Unfurled showcases some of the flags in its Historic Textile Collection.

National flags became commonplace in the 18th century, evolving into important symbols of group identity. Some flag symbols cross national lines, such as Red Cross flags or international sea warnings. Others convey negative connotations, such as those with the feared pirate skull and crossbones in the 18th century or the Nazi banners and flags with the swastika of the 1930s and 1940s. The Museum’s flag collection spans from the early 19th century to the late 20th century, with examples covering a range of functions and styles. Here are some highlights of the flags being displayed in Unfurled. 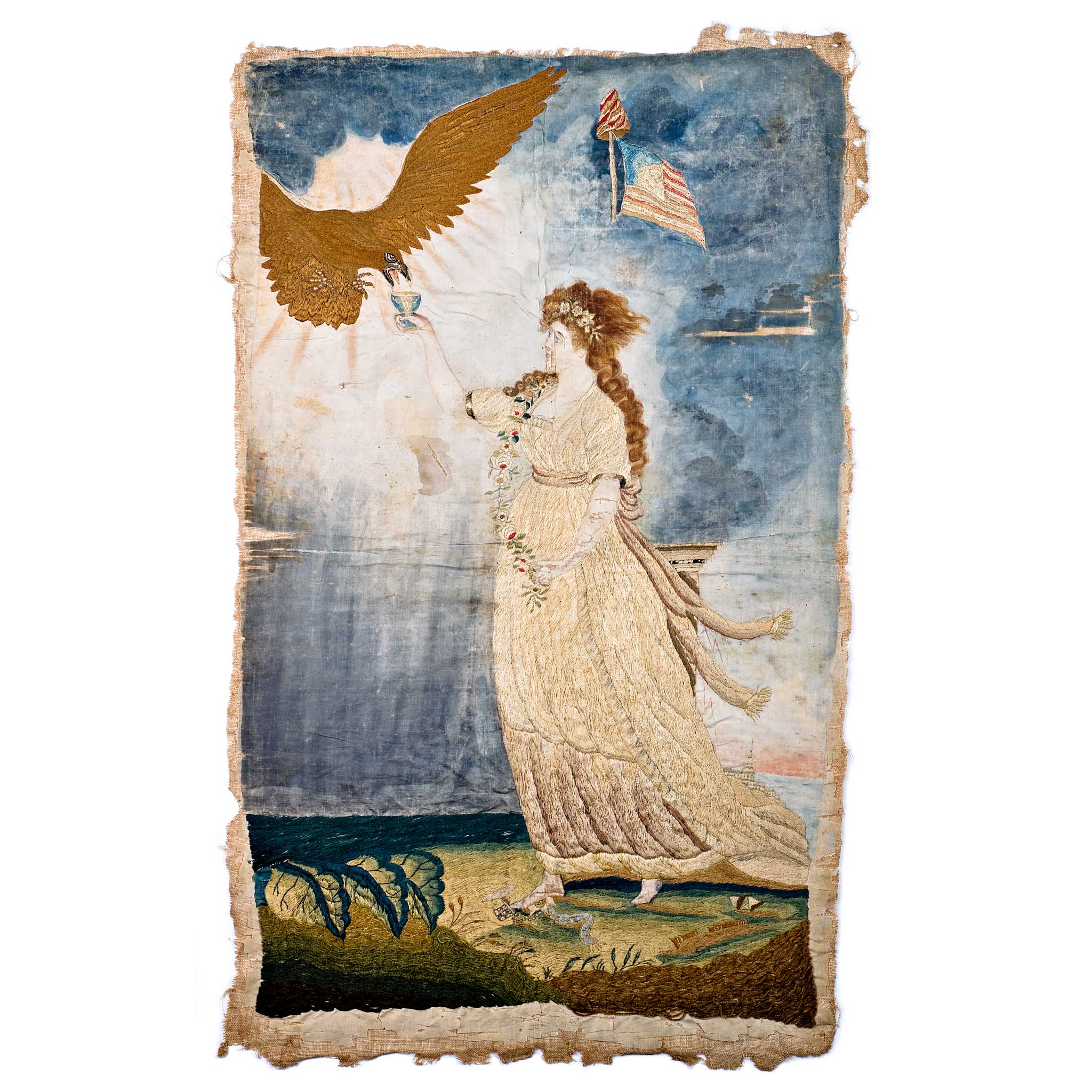 Liberty Treading on Tyranny needlework, c. 1818. Eloise Burgess Waties of Stateburg, South Carolina stitched this embroidered and painted silk picture, based on an engraving by Edward Savage – Liberty in the Form of the Goddess of Youth Giving Support to the Bald Eagle, first published in Philadelphia on June 11, 1796. 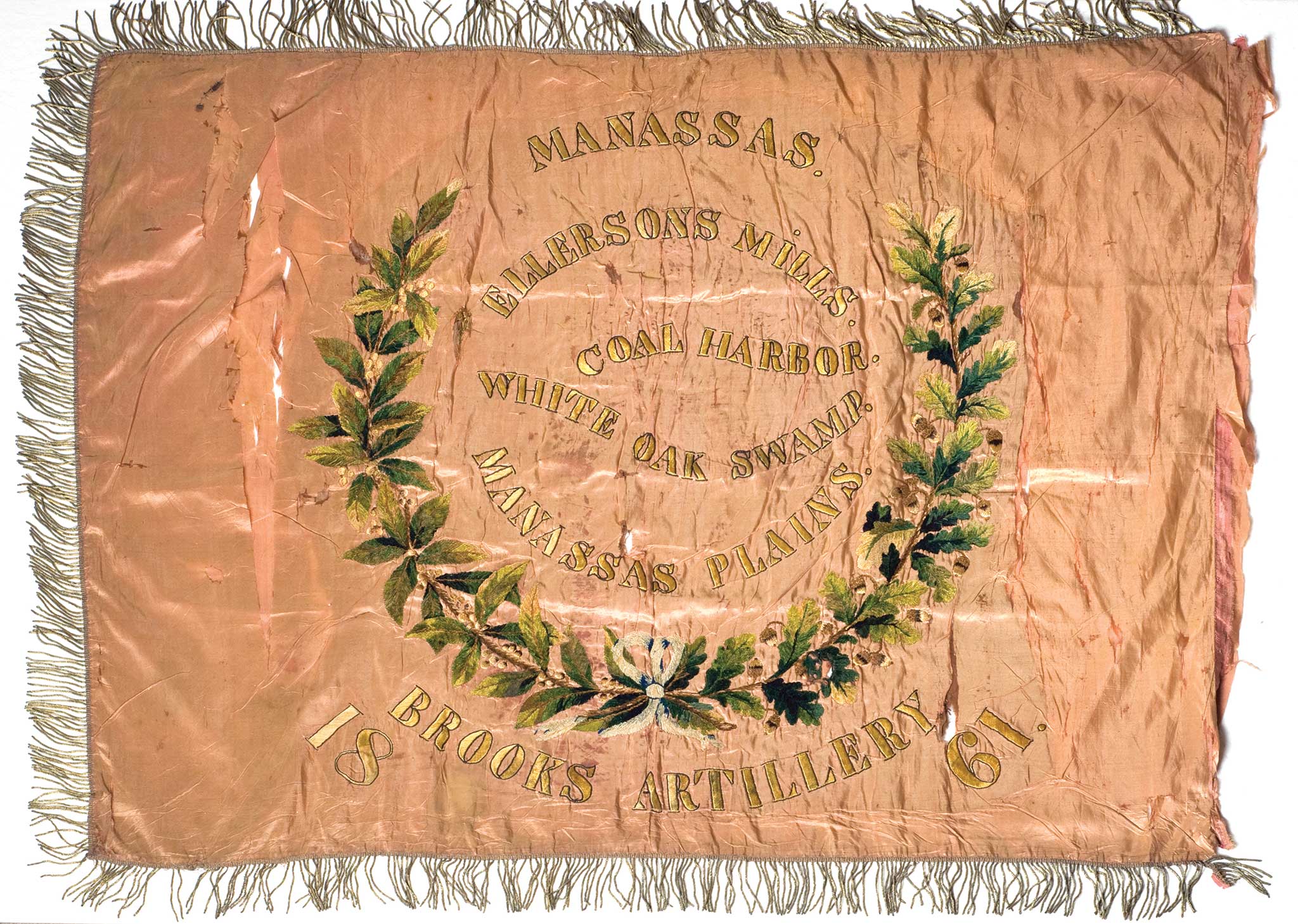 Brooks Artillery banner, 1861-1865. This banner was used by Colonel Alfred Rhett’s unit, which was organized on the eve of the Civil War as the 1st Brigade, South Carolina Artillery. Given to them by “patriotic ladies of Charleston,” the flag has the names of the battles in which the unit fought stitched into its field. 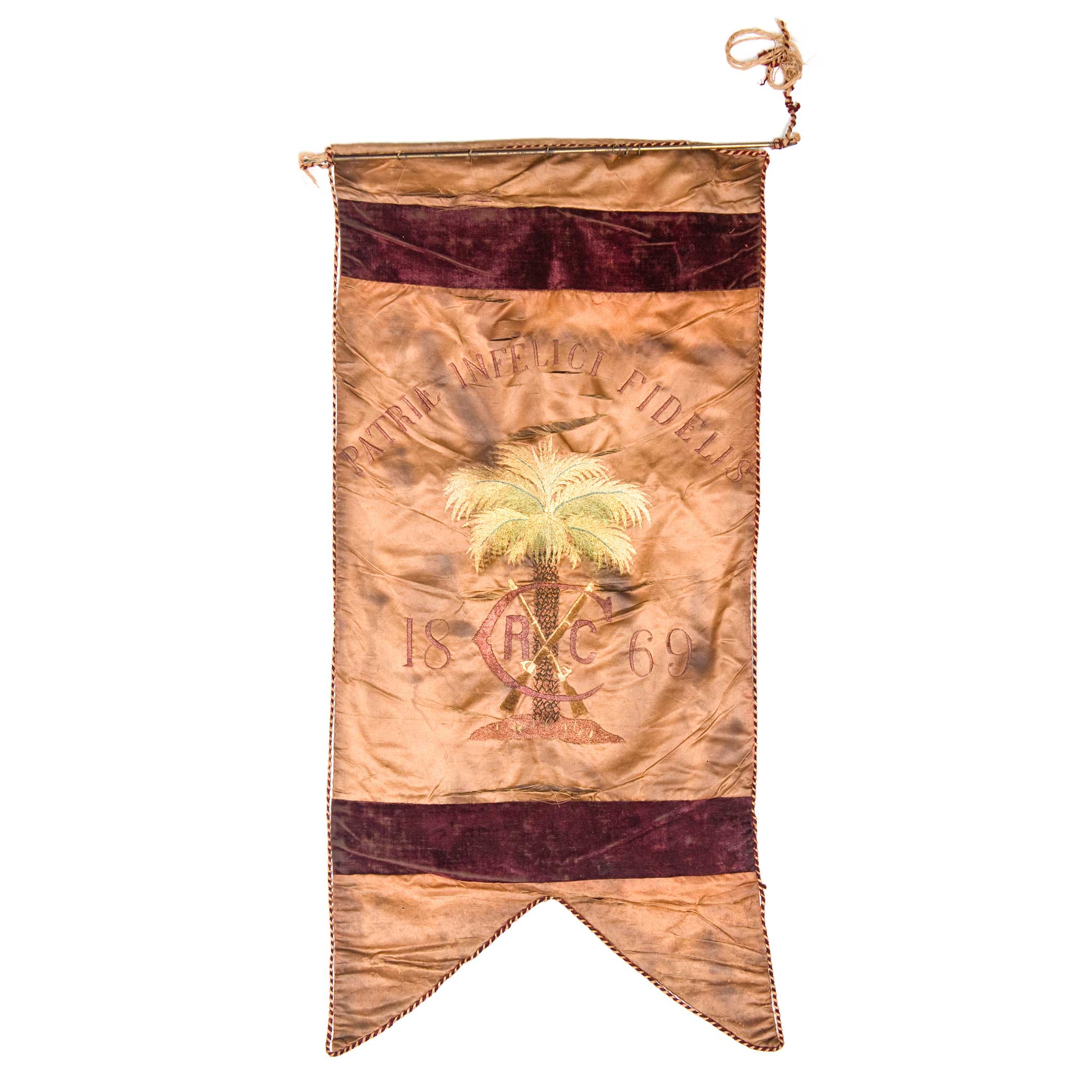 Carolina Rifle Club banner, 1869. A palmetto tree with crossed rifles is embroidered on brown silk, along with the motto Patrie Infelici Fidelis (“faithful to my unhappy country”) and 1869, the founding year of the club. The motto was symbolic of the post-Civil War Reconstruction period when Southern whites, unhappy with the new order, formed rifle clubs, ostensibly for social intercourse and amusement, but primarily to oppose Reconstruction governments across the South. 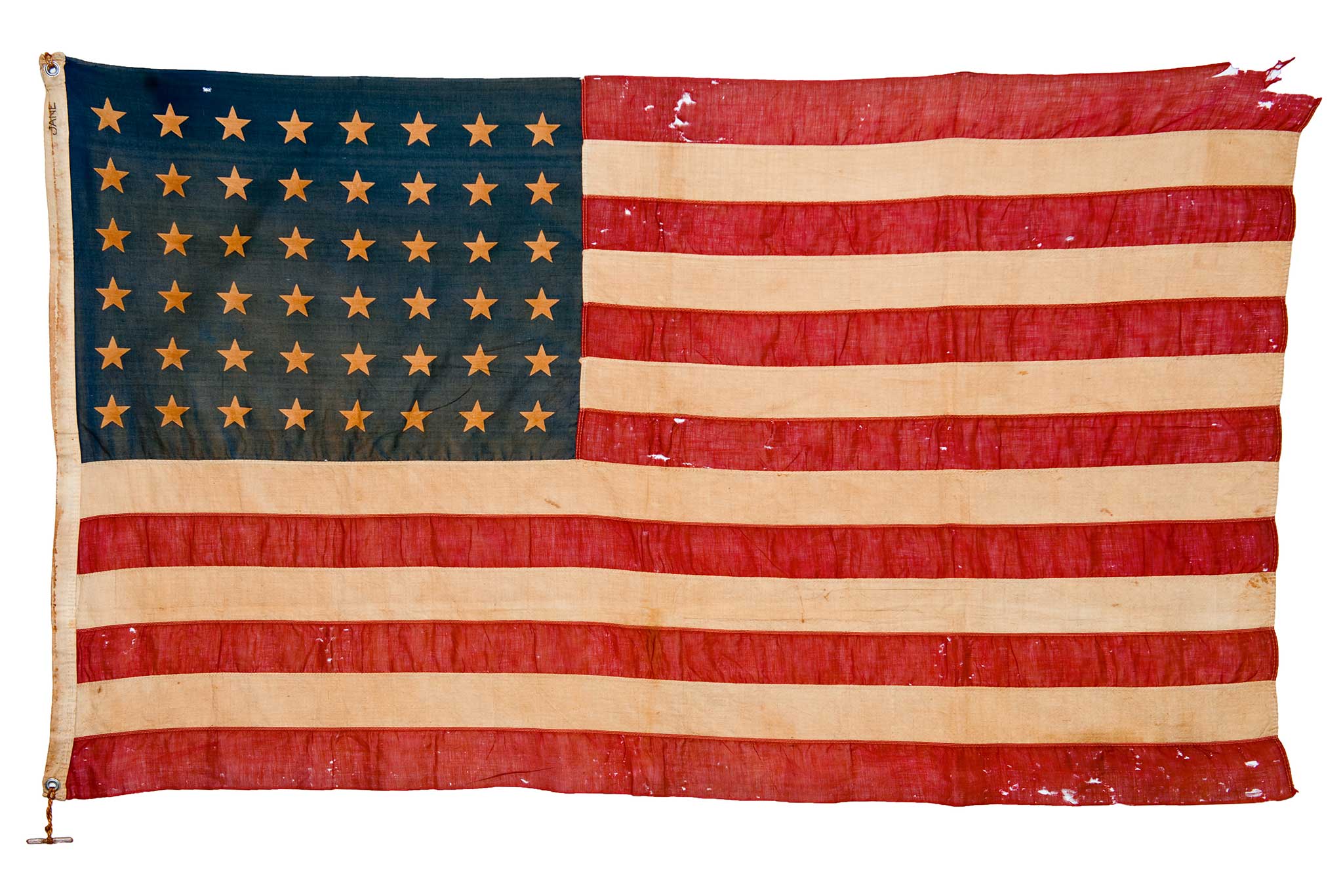 Forty-eight star American flag, First World War. During the First World War, this flag hung over the front door at 37 Legare Street, the John Bennett residence (Charleston Renaissance author of Master Skylark and The Treasure of Peyre Gaillard). The binding is stamped Jane, for their daughter, who was a teenager at the time. Her father told her that this was the first time an American flag was displayed at a Charleston house since the Civil War.