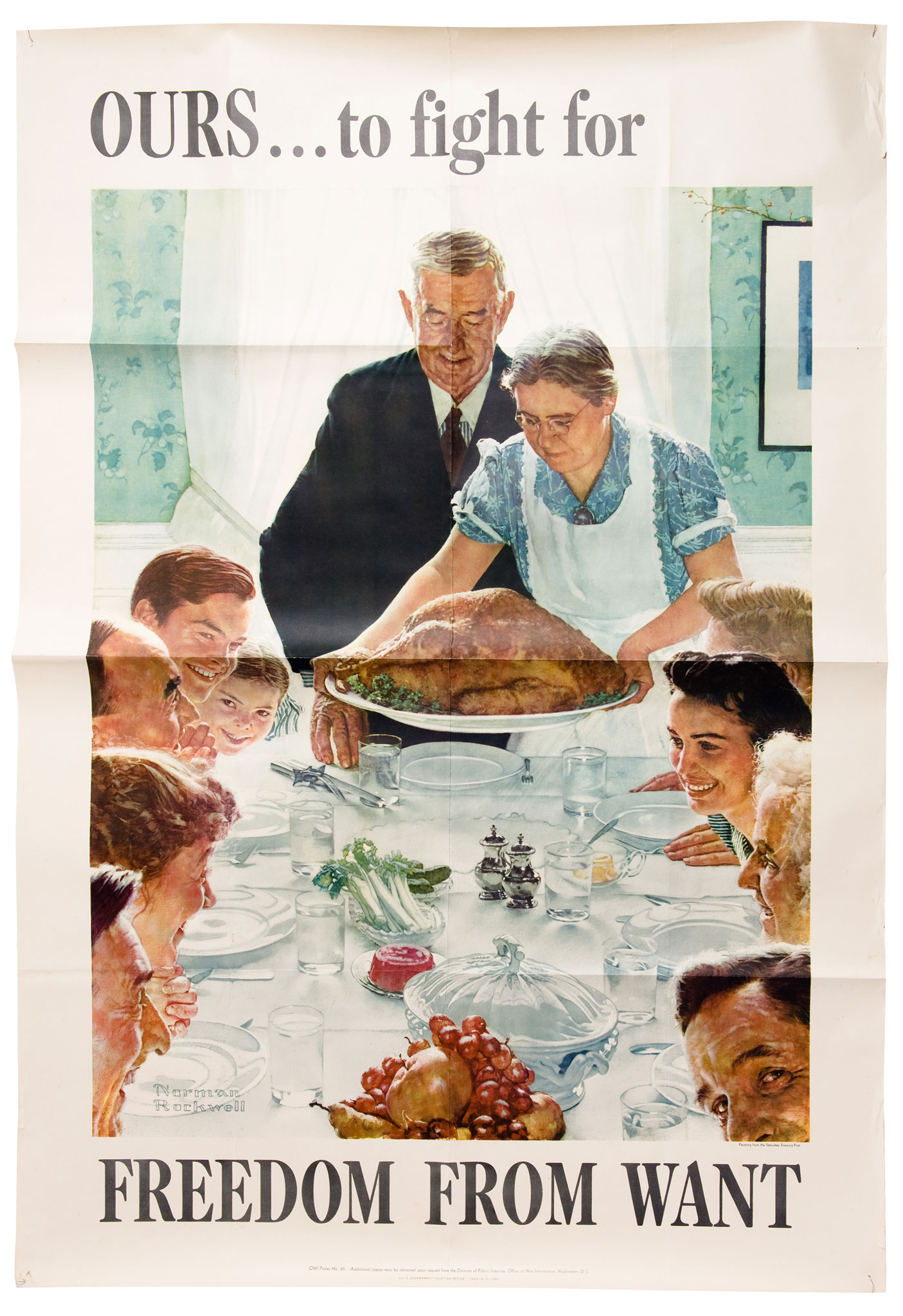 “Our cook cooked it, I painted it and we ate it.  That was one of the few times I’ve ever eaten the model.” – Norman Rockwell

Sometimes referred to as, I’ll be Home for Christmas, Rockwell’s iconic nuclear family seated around the white linen table as a turkey is presented, is best known as Thanksgiving Day.  Inspired by President Franklin D. Roosevelt’s 1941 State of the Union Address known as “Four Freedoms,” Norman Rockwell created four images that expressed treasured American values and ideals – Freedom of Speech, Freedom of Worship, Freedom from Want, and Freedom from Fear.  Although, The Saturday Evening Post published each one in 1943, Freedom from Want has become the quintessential image depicting the American family celebrating a time of togetherness.

Painted in November of 1942, Rockwell used his living room for the setting, and his wife, mother, cook and neighbors as models.  The family cook, Mrs. Thaddeus Wheaton is the focal point as she stands next to her husband and presents the turkey to (clockwise from the Wheaton’s) Lester Brush, Florence Lindsey, Rockwell’s mother Nancy, Jim Martin,  Dan Walsh, Mary Rockwell, Charles Lindsey and the Hoisington children, Bill and Shirley.

The original painting is oil on canvas measuring 45.75 X 35.5 inches and was printed in poster form and distributed by the U.S. Government during World War II for the war bond campaign.