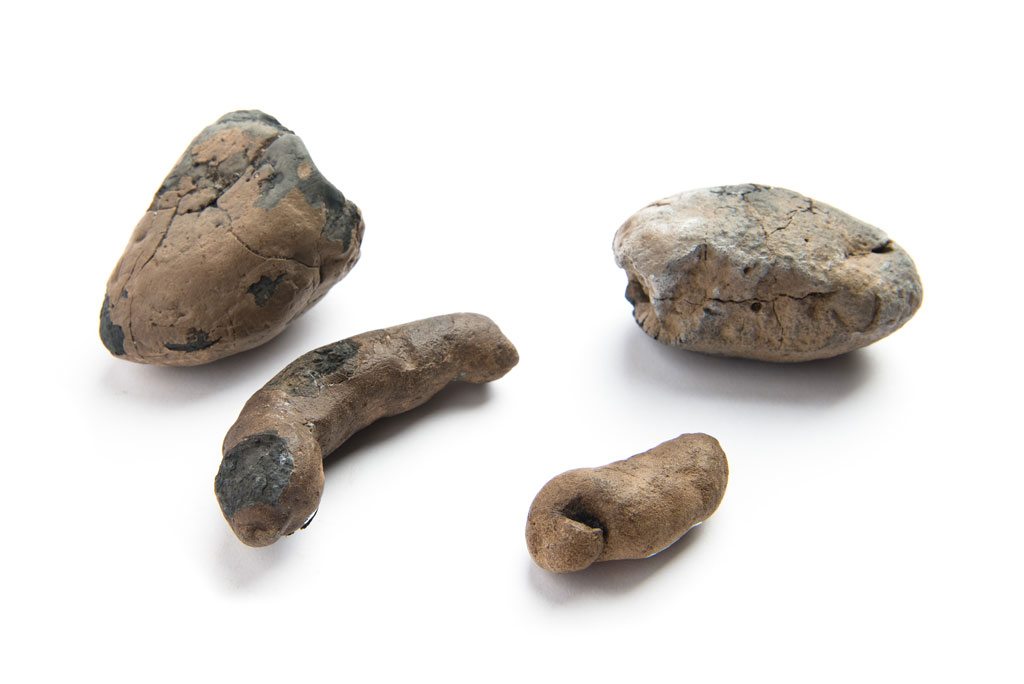 Coprolite is the scientific term assigned to fossilized animal droppings. Just like any other fossil, all of the organic material has been completely replaced by minerals over millions of years buried in layers of sediment. Coprolites fall within a category of fossils known as trace fossils. Trace fossils are fossils that are left behind by organisms that aren’t directly part of that organism. Examples of trace fossils would include foot prints, burrows, and of course, coprolites. These fossils are just as important as skeletons or shells as they give scientists a view of the behaviors and daily lives of extinct creatures. In fact, there are paleontologists that specialize on coprolites alone, and attempt to identify which animal left them.

Fossilized dung may not seem like the most important find in the world, but it can tell scientists a lot about an animal’s diet. When the coprolite fossilizes, so does any material that survived the digestive process. There have been coprolites that have been preserved that contain easily identified plant material, fish bones, shells, even bones of larger animals like birds. These coprolites were collected locally and include coprolites produced by crocodiles and sharks. If the coprolites were split open, there’s a chance they would contain the remains of these animal’s favorite meals.