News and EventsGeneral NewsMaroons of Suriname and a “Winged” Shabti: from the Archaeology Dept

Maroons of Suriname and a “Winged” Shabti: from the Archaeology Dept

PAST EXHIBIT
Wood carvings of the Maroons of Suriname
The Maroons of Suriname and Guiana are descendants of escaped slaves who formed independent communities in the South American rain forests. Unable to defeat them, the Dutch government granted them their freedom in the 1760s. Six Maroon tribes remain in Suriname, well known for their artistic imagination and expression in all aspects of daily life. Woodcarving, the most widely acclaimed Maroon art, is practiced by all the men. Anthropologists Richard and Sally Price have written extensively on the Maroons of Suriname and French Guiana. 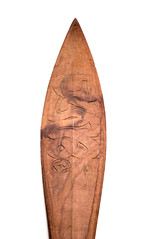 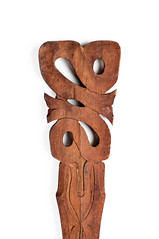 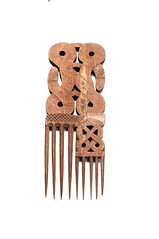 A group of carved objects from the Djuka of Guyana. The items were donated to the Museum in 1951. They include two paddles, a comb, and a club. 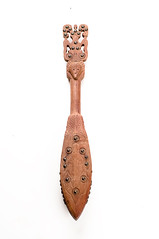 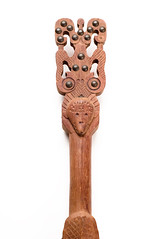 The club is used by Djuka women to beat tree bark for tapa cloth.

Rare “Winged” Shabti
This example of a rare “winged” shabti (ceramic) from Sedment dates to the Late New Kingdom period (late Bronze Age) of ancient Egypt. According to Dr. Jan Moje, Egyptologist at the Freie Universitat, Berlin, a shabti expert, this specimen is one of only three he knows of in the world. Dr. Moje is currently completing a study of winged shabtis which incorporates The Charleston Museum’s example depicted here. 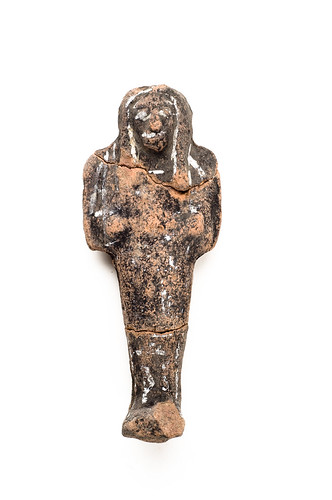 A shabti is a funerary figurine, usually mummiform in appearance. Also called an ushabti or shawabti, these figures were believed to accompany the deceased into the afterlife, as servants, where they would perform menial labor for their owner. Although the numbers of shabtis used as mortuary items varied through time, several hundred shabtis have been observed in some New Kingdom tombs – a sign of socio-economic status.