News and EventsGeneral NewsKiller Fashion: The Consequence of Pretty Colors

PAST EXHIBIT
The Charleston Museum’s current Textiles exhibit, Killer Fashion: The Consequence of Style, looks at the often tragic side of fashionable dress as it relates to the natural environment and those who wore these garments. This exhibit will be on display until March 5, 2017. From now until then, we will be posting about different aspects of the exhibit. Below, read our post, The Consequence of Pretty Colors; to read others, visit our the News section on our website.

The Consequence of Pretty Colors: 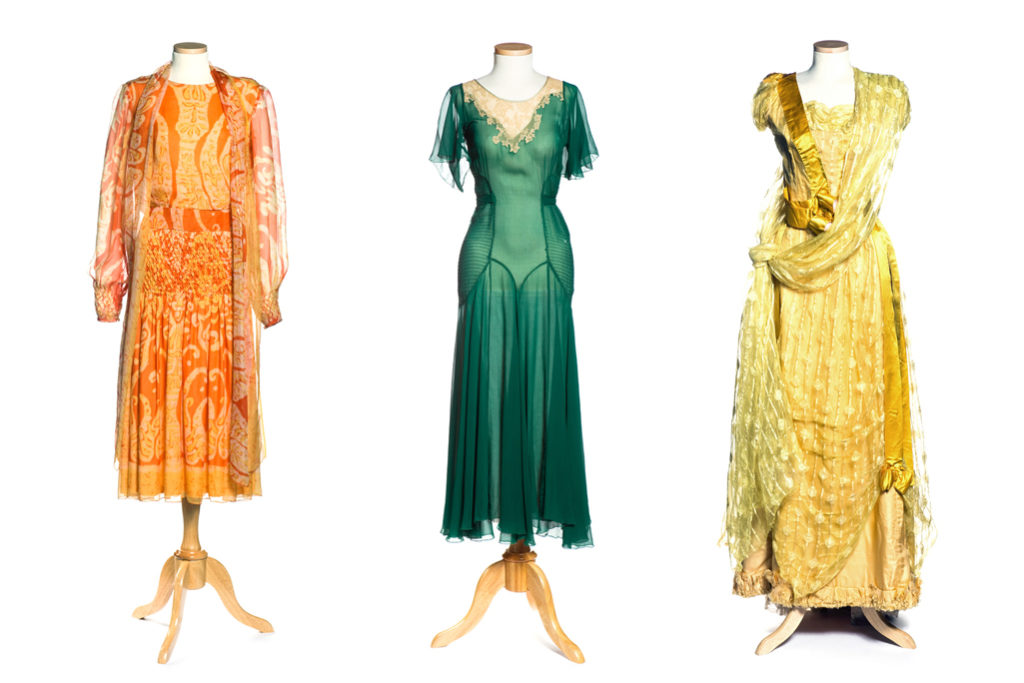 The rainbow of colors achieved through the use of synthetic dyes is impressive, but these dyes have been causing harm to the environment since their discovery in 1856. While synthesizing quinine, William Henry Perkin discovered the first aniline dye, mauve, when he saw that the black coal-tar solution he was using dyed cloth purple. He and others quickly created more colors and an entirely new dye industry was born.  In 1863 a yellow azo dye containing nitrogen was discovered that could be manipulated into red, blue, violet, and black with “Bismarck Brown” being the first color created. 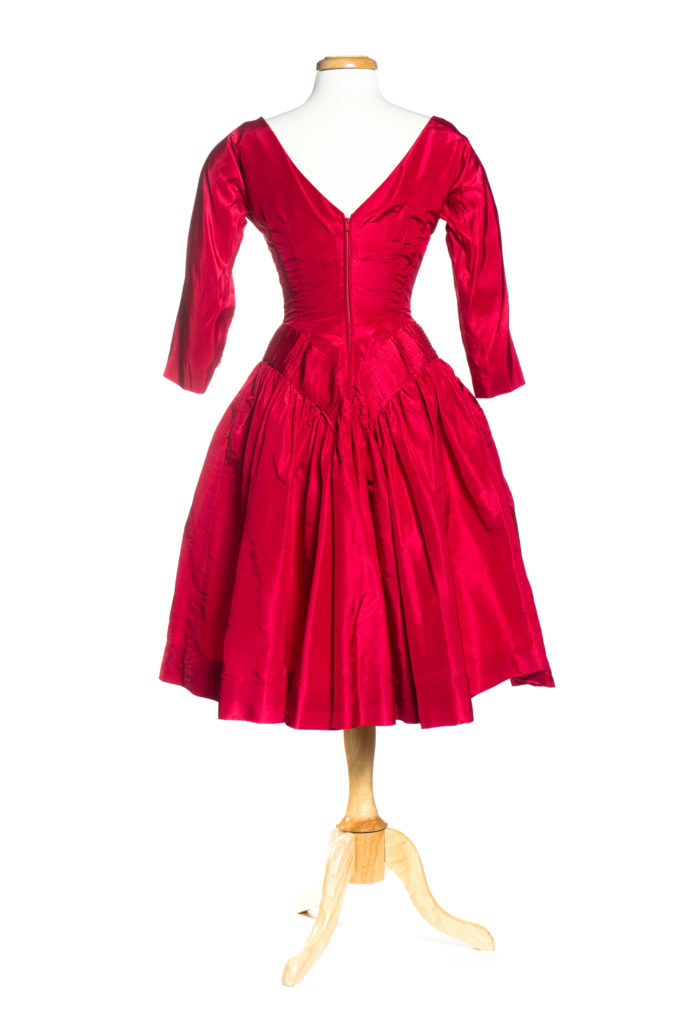 Back of red cocktail dress designed by Madeleine Fauth, and purchased by Nancy Hawk at the fashionable dress shop Margaret Riley, 103 Church Street, Charleston, Sc, in the late 1950s.

The dyeing process, however, creates large amounts of waste water tainted with harmful chemicals and  carcinogens  and 19th century manufacturers discarded this contaminated water directly into rivers.  The dangers are primarily for the workers and the environment although it has been found that prolonged contact with a wearer’s skin may result in toxic absorption, causing rashes, headaches, nausea, hyperactivity and other health issues. Even today, many countries including India, China, and Mexico continue to dump dyes into their waterways without treatment. 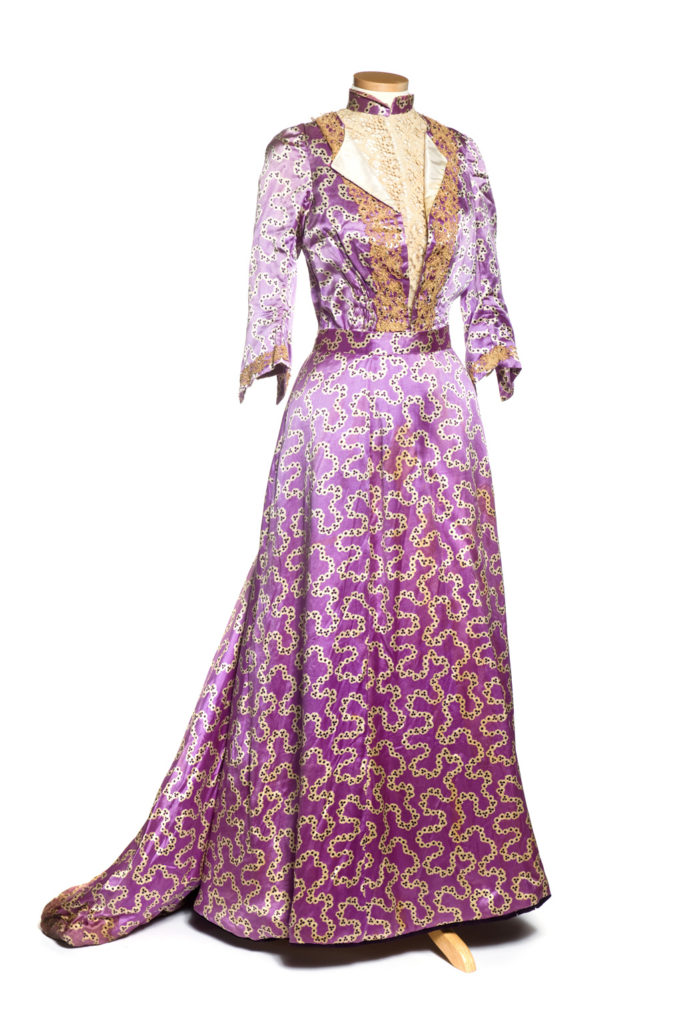