News and EventsGeneral NewsGlass Trade Beads from the 17th Century 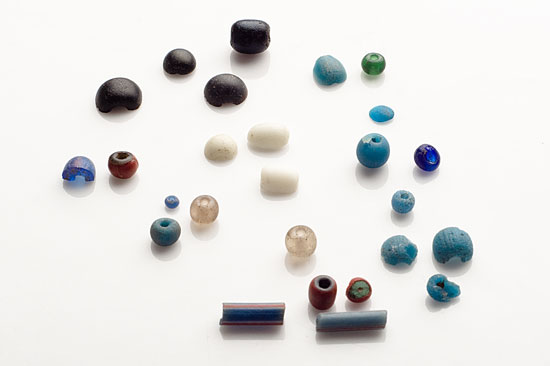 Glass trade beads are small, but significant artifacts that reflect the contact of European settlers and Native peoples in eastern North America. Columbus brought glass beads on his first voyage, and they continued as part of the economic and cultural exchange through the nineteenth century. Bead styles and types changed through the centuries, and archaeologists have long used particular styles, in concert with historical documents, to date Native American sites of the 16th, 17th, and 18th centuries.

While some beads were manufactured for a short time, the vast majority were made for decades. Building on the work of many scholars before him, Dr. Jon Marcoux of Auburn University-Montgomery has developed a chronology of glass beads for the English period in the southeast (c 1607 – 1783). He divides this 175-year period into five temporal groups describes groups of beads that may be found together on sites of that period.

The Lord Ashley site in Charleston County provides an excellent venue to test Dr. Marcoux’s model. The Ashley river site was the settlement of Lord Anthony Ashley Cooper, one of eight proprietors given the Carolina colony by the King of England. Lord Ashley’s frontier settlement was occupied only from 1674 until 1685. During that time the property was managed by Andrew Percival, and served as a cattle ranch and a station for trade with Native peoples drawn to the prospect of English goods. 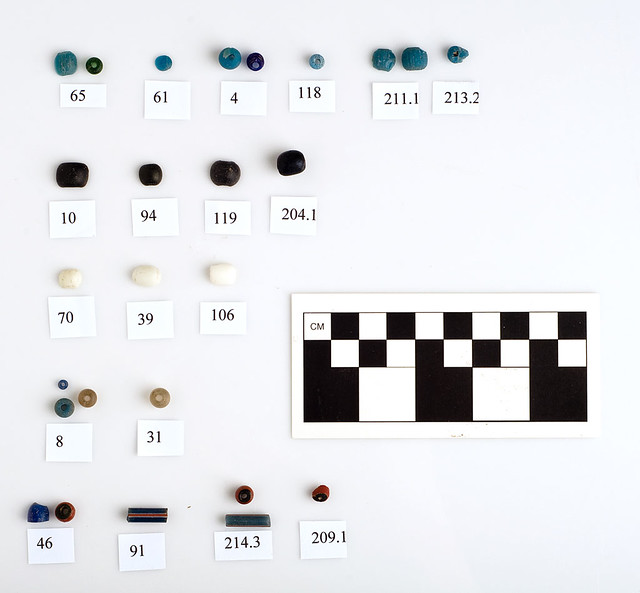 Recent excavations produced a small, but diverse, assemblage of glass trade beads. These range from cornaline d’alleppo barrel beads, featuring a green glass core with an opaque red glass exterior to tiny blue, white, and turquoise beads known as “seed beads”. The assemblage matches those typical of the 1670 to 1730 period defined by Dr. Marcoux.

We recently learned of a new technique for dating individual beads using X-ray fluorescence, or XRF.  XRF reads the chemical composition of the glass, which changes over time. Graduate student Jessica Dalton Carriger of the University of Tennessee is utilizing this technique on 17th century sites in eastern Tennessee.  The Lord Ashley assemblage has such a narrow date range – only 11 years – and the exact period of use is well documented.  This makes our beads a valuable ‘test case’ for this new technology. We will loan our beads to Jessica at the McClung Museum for a month. We eagerly await the results of her analysis!