News and EventsGeneral News(Faux) Food in the Heyward-Washington Kitchen

(Faux) Food in the Heyward-Washington Kitchen

The recently completed study, “Emergence & Evolution of Colonial Carolina’s Cattle Economy,” funded by the National Science Foundation, prompted some new interpretation of the Heyward-Washington House kitchen and work yard.  To share the results of analysis of the animal bones recovered at the site, we prepared new interpretive signs and added faux foods to the kitchen and dining room.  Visitors to the kitchen will notice some colorful additions, including a range of fruits, vegetables, and herbs commonly used in colonial cooking.

When visitors gaze beyond the standard, and easily recognized, smoked ham and sausages hanging on the back wall, they will see a blanched cow’s head and a complete turtle, specifically a river cooter, on the sideboard.  One is ready for serving, while the other is ready for preparation.

To furnish meats for the Heyward-Washington House kitchen, we looked to the zooarchaeological species list, as well as period recipes. We selected dishes that have disappeared from 21st century menus, but were prized in the late 18th century. Zooarchaeology tells us that Charleston cuisine merged five European domestic animals – cattle, pigs, sheep, goats, and chicken- with a wide range of local wild animals, such as deer, small mammals, wild birds, reptiles and fish.  These were obtained through hunting, fishing, trapping, and trading.  The most diverse range of wild animals come from townhouses such as the Heyward-Washington House. Twenty wild animals were used regularly, and nearly 100 were used occasionally. These likely reflect fine dining fashions and the necessity for a large and varied presentation. Preparation of both the calf’s head and river cooter required considerable effort.

Cattle (Bos taurus) bones are the most common bones recovered on Charleston sites, and beef was a dietary stable. Contrary to current sensibilities and values, many non-meaty portions were used, including the head. In her 1770 Receipt Book, Harriott Pinckney Horry describes the first steps:

To Dress a Calves Head 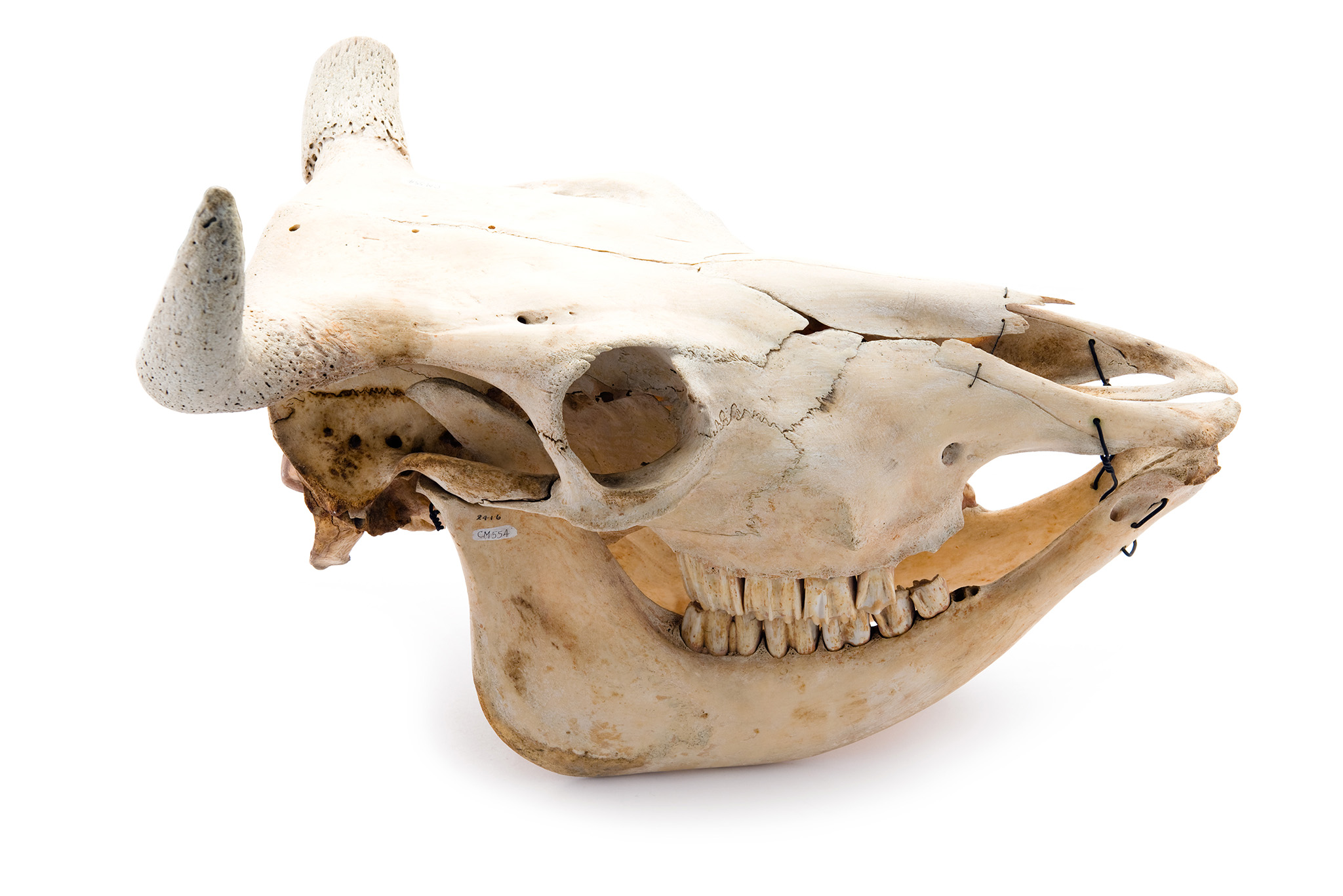 “Boil the head till the Tongue will Peal, then cut half the head into small pieces, about the size of an oyster, then stew it in Strong Gravy, wit a large Ladle full of Claret, and a handful of sweet herbs, a little lemon peal, a piece of Onion and Nutmeg. Let all These stew till they are tender….”

Her recipe continues through careful guidance for serving and presentation.  Mrs. Horry’s recipe is just one of several from the 18th and 19th centuries.  Another similar preparation describes a “Calfs Head Hash,” the dish destined for the Heyward-Washington House dining room.

Turtles of all types – sea turtles, snapping turtles, pond turtles and softshell turtles were served in Charleston. Pond turtles such as our river cooter, yellow-bellied sliders and diamondback terrapins can be caught easily in traps, often by enslaved people working in nearby rice fields. These were likely traded, or sold in the market, and consumed by everyone.  Charlestonians also used salt water turtles of all types. The earliest archaeological zones at the Heyward-Washington house contained the remains of a large loggerhead turtle, while the late 18th century layers of the privy contained a smaller sea turtle.

Like the calves head, preparation of turtle required considerable effort. The turtle meat was removed from the shell and boiled slowly to keep it tender. Small pieces of meat were cooked in a thick gravy to make a stew, or served in a dish of bread crumbs to make a calabash. Published in “200 Years of Charleston Cooking,” the editors note that “This is a recipe which you may never use unless you have most elaborate household and live in a neighborhood where terrapin is common.” The recipe below comes from Mr. Joe Robertson, cook for Robert Harleston of Bossis Plantation:

Calabash (Terrapin in the back) 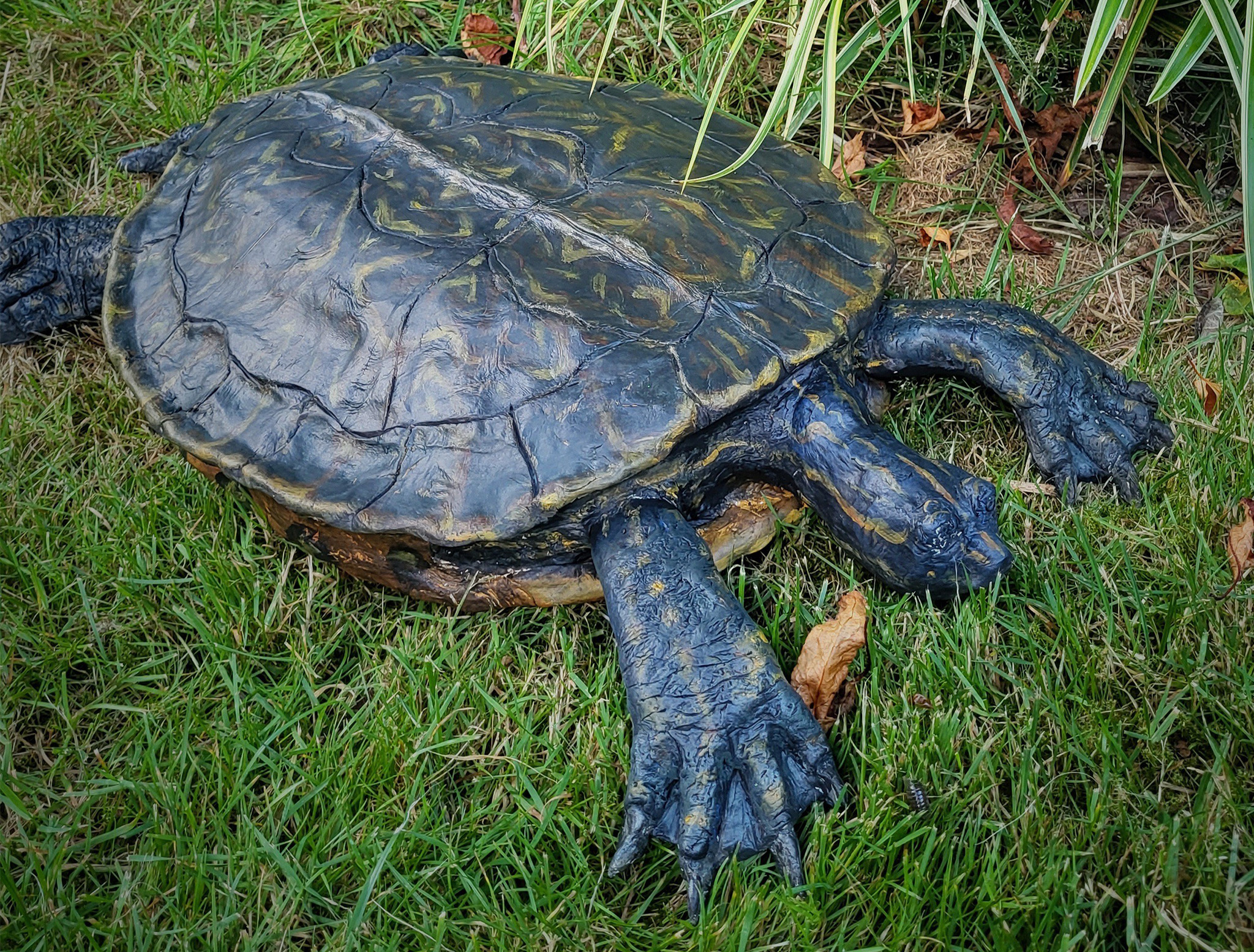 The rice field “cooter” or terrapin is first killed and allowed to drip, head down. In extracting the meat remove the bottom of the shell. Care should be taken to get this out in as large pieces as possible. This should then be boiled for at least four to five hours over a slow heat, depending upon age of the terrapin, when a rich brown thick soup or stew is obtained. Seasoning should be added at time of boiling, such as salt, pepper (red and black). Some prefer a small quantity of white or Irish potatoes and a little onion. When thoroughly cooked, the meat should be cut into small pieces with a sharp knife or scissors, across grain, for if cut otherwise, it will have a tendency to become stringy.

The back of the cooter, having been cleaned thoroughly both inside and out, is then used as the container for the stew, to which is added bread or biscuit crumbs and ample butter. This is placed in the upper part of the oven, a slow heat rather than a fast one being preferable, for about one-half hour, after which time the top will form a brown and crispy crust. Particular care should be exercised to serve very hot.

Both dishes remind us of the long, hot hours required to feed the Heyward-Washington household. We thank Paul McClintock, of Common Hands Studio, for preparing these realistic, if unusual, foods for our kitchen.