News and EventsGeneral NewsDiscovery of a Parrot in the Privy

Discovery of a Parrot in the Privy 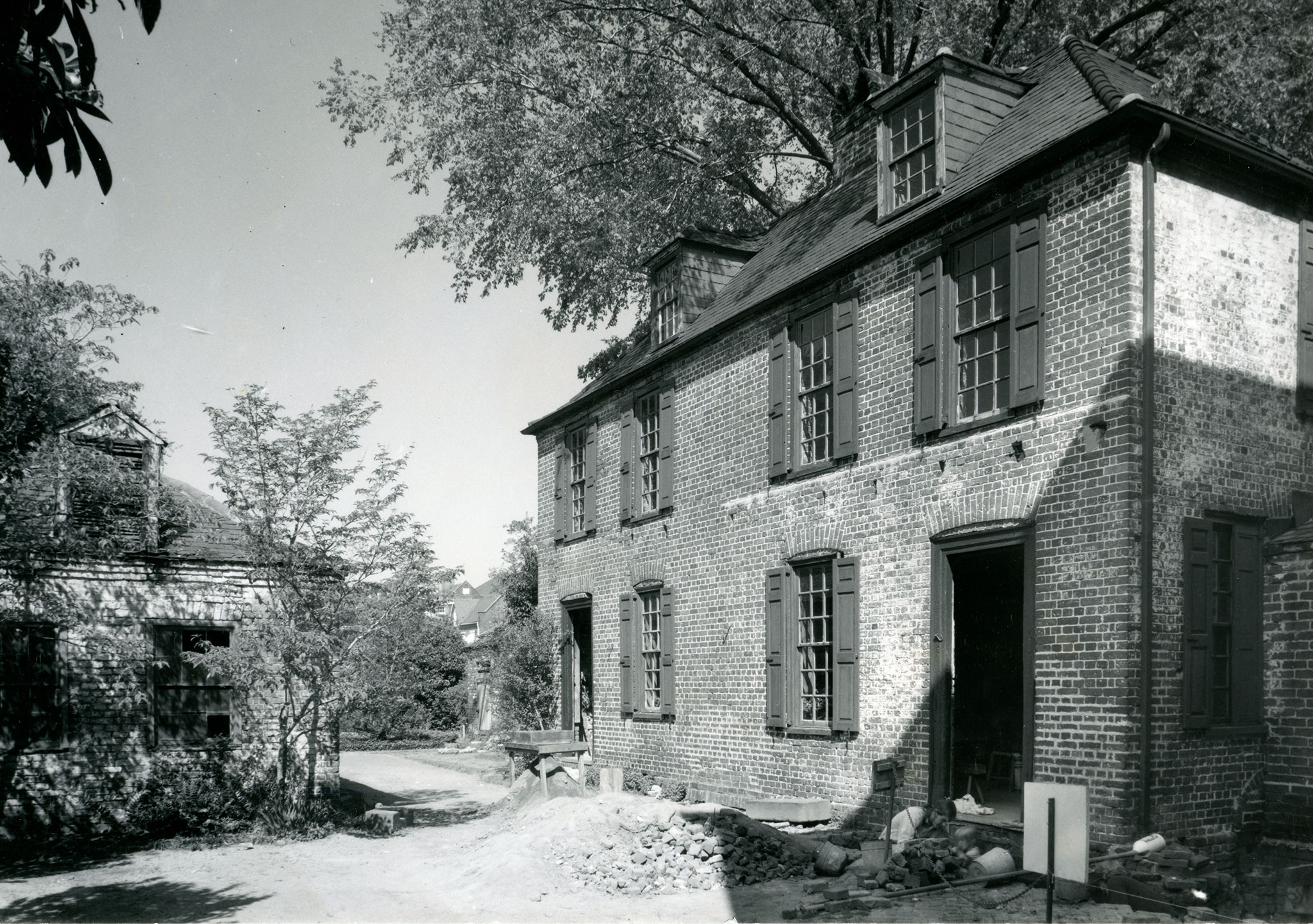 Excavation of the workyard and kitchen cellar, 1970s

The 1970s excavations of the Heyward-Washington House have yielded an archeological boon to the collections of The Charleston Museum. This trove of eighteenth and nineteenth century artifacts collected via Dr. Elaine Herold’s efforts include Native American pottery, varied samples of colono ware, and European colonial ceramics. Of the various sites explored through excavation around the Heyward-Washington House grounds, some very curious pieces were discovered from a privy containing discarded material spanning the house’s long history. Interestingly, this included the skeletal remains of a very surprising bird. 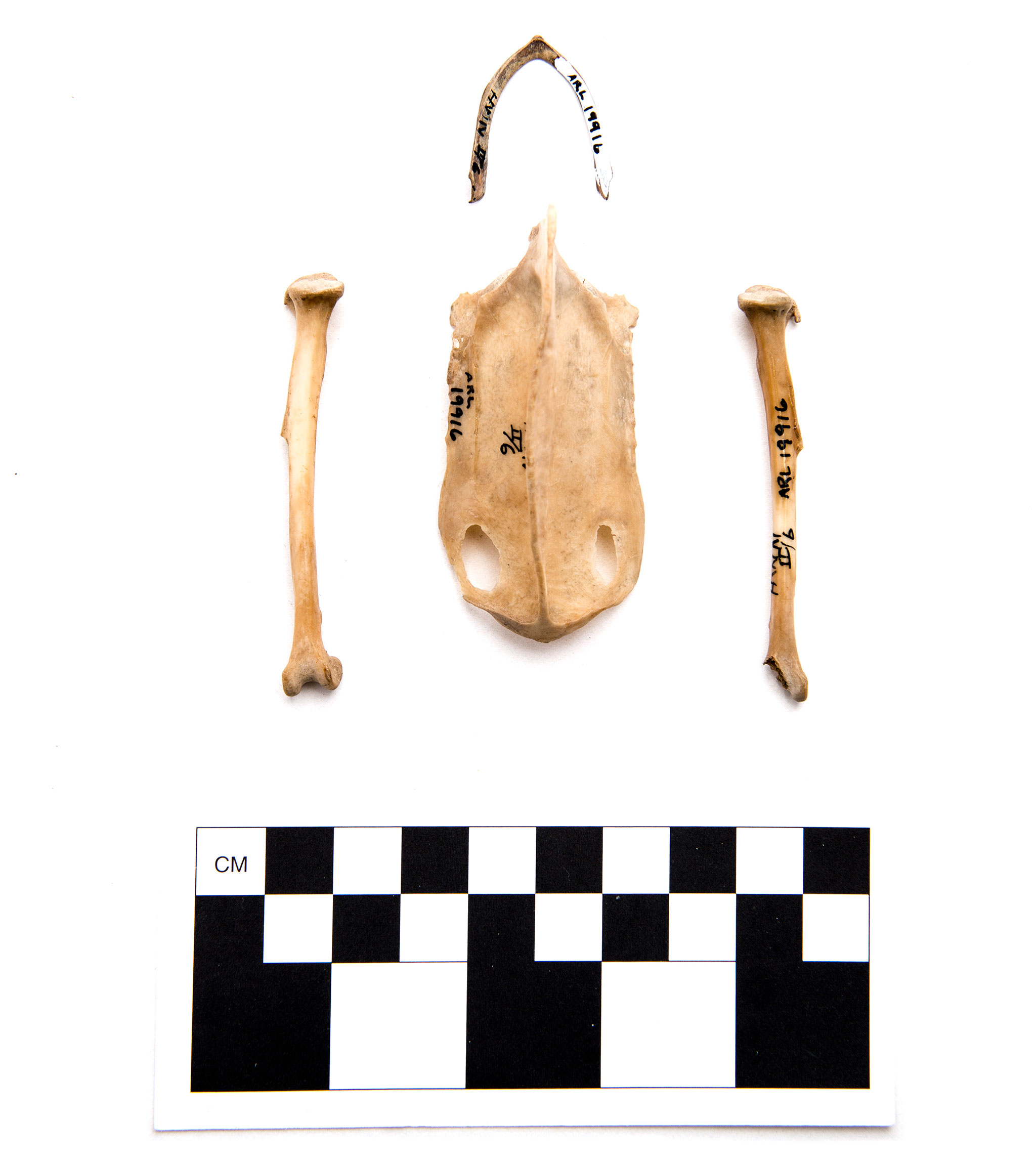 The bird bones uncovered from the Heyward-Washington House

Identification of these bones, consisting of a left and right tibiotarsus (hind leg bones), sternum and wishbone, was a decades long endeavor. Work began in 1976 when Herold contacted Paul Parmalee of the University of Tennessee about analyzing the faunal assemblage collected from the House. Parmalee’s then graduate student Bruce Manzano studied the sample and specifically identified the bird bones as to belonging to a parrot. Glen Woolfenden of the University of Florida tried to make more specific identifications in 1984, however was unable to. Given the very incomplete nature of the Heyward Washington parrot, this isn’t surprising. Not every bone has the diagnostic features to identify an animal beyond higher levels of taxonomy and even if they do, finding comparative bones already identified from other collections can take time.

A Carolina parakeet skin from The Charleston Museum collection

In 2010, renewed interest in a guinea pig found from the same privy as the parrot also led to revisiting the parrot as well. Despite ongoing research into Charleston faunal collections, no other parrots had been identified. Significance of the parrot had now reached its apex. Before a curiosity, identification of the parrot became more of a burning question in need of an answer. Just what was this parrot doing in Charleston? Possibilities included that it may have been remains of the only North American parrot, the Carolina parakeet. Unfortunately, finding comparative skeletal samples from confirmed, and now extinct, Carolina parakeets also proved to be a hurdle not so easily overcome.

More and more players were brought in to look into this avian cold case. In 2013, avian paleontologist Dan Ksepka was visiting The Charleston Museum to study a giant psuedodontorn which would he would later designated Pelagornis sandersi, the largest bird known capable of flight. After looking at the specimen he suggested it was likely a member of the parrot subfamily Arinae, which is actually the same group that contains the Carolina parakeet. He and his colleagues aided in confirming that the Heyward-Washington parrot was indeed too large to be a Carolina parakeet. Barnet Pavao-Zuckerman from the University of Maryland compared the bones to those held at the Smithsonian and finally put the final nail in the coffin deciding it was likely a blue-fronted amazon parrot. Exotic and rare animals have been considered status symbols in the past and still are as documentaries like Tiger King have shown us. The blue-fronted amazon is common in the pet trade and that is likely what led to the parrot from the Heyward-Washington House finding its final resting place in the privy.