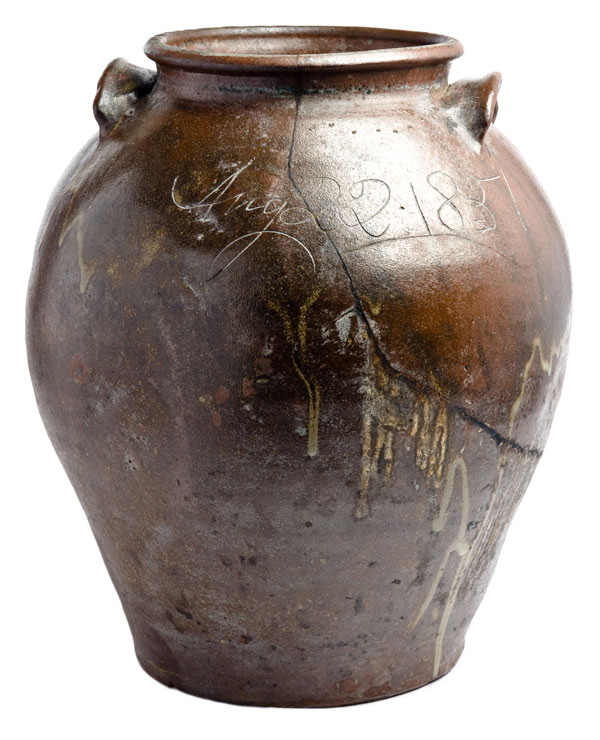 At some point in his early life, Dave, a man born into slavery circa 1800, learned the fine art of throwing, turning, and glazing various forms of pottery including churns, storage jars, pitchers, and jugs. While it is popularly presumed that Dave learned pottery while enslaved under Harvey Drake, Dr. Abner Landrum, and Amos Landrum, “copartners in the business of a pottery establishment” in the Edgefield district of South Carolina, who was most responsible for this training remains unknown. Moreover, can only currently speculate just how Dave became literate. After all, any slave from the early and middle 1800s who could read and write typically raised suspicion. Worse, in some areas around South Carolina and the greater south, it was outright illegal. 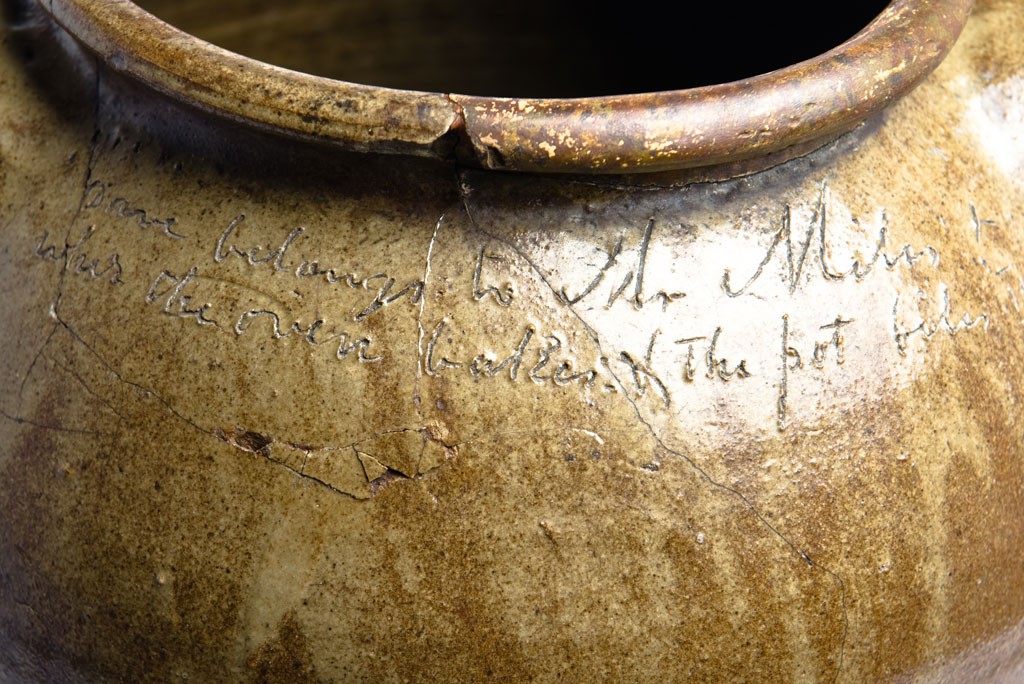 Nevertheless, beginning in the 1830s and continuing on up to the start of the Civil War, and thanks to his knowledge of the written language, Dave freely, and oftentimes boldly, signed and dated much of his work, even occasionally inscribing it with poetic verses. These poems, in fact, have come to provide invaluable insight as to who Dave really was – as a person and not just bonded property.

One particular jar displayed at the Museum bears the poignant inscription “Dave belongs to Mr. Miles, wher the oven bakes and the pot biles.” (The last word is believed to be an alteration or corruption of the word “boils” which Dave likely made purposely in order to form a proper rhyme.) His liberties with the English language notwithstanding, these lines are significant because they interpret Dave’s familiarity with his own enslavement and further convey that, contrary to the popular belief of the time, slaves were neither ignorant nor blind to their predicament. 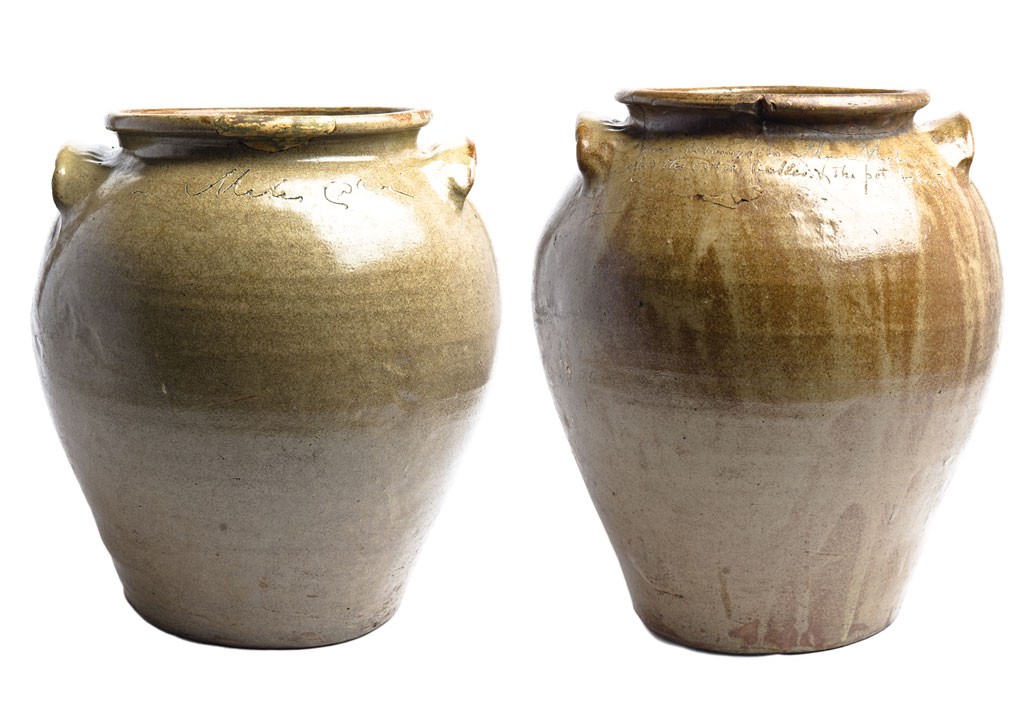 After emancipation, Dave took the surname “Drake” after his first owner. He died sometime during the 1870s. Today, however, Dave’s wares, particularly those inscribed with his own brand of poetry, are among the most celebrated products of southern folk art, and often reach record sums at auction. Furthermore, because of its early studies and collections of Edgefield pottery, The Charleston Museum holds (and exhibits) the largest public collection of Dave’s work.