Climate change is a topic constantly debated online and in the news. The biggest aspect is less that climate change can, and is, occurring and more about how quickly it is occurring and how humans are playing a part in these changes. As winter approaches, one of the common arguments against climate change relates to the seasonal cooling felt during late fall and winter. This is a common misconception, and partially why the term “global warming” is not used as much as it has been. The misconception is cooler weather forecasts for the day or week somehow disprove climate change. 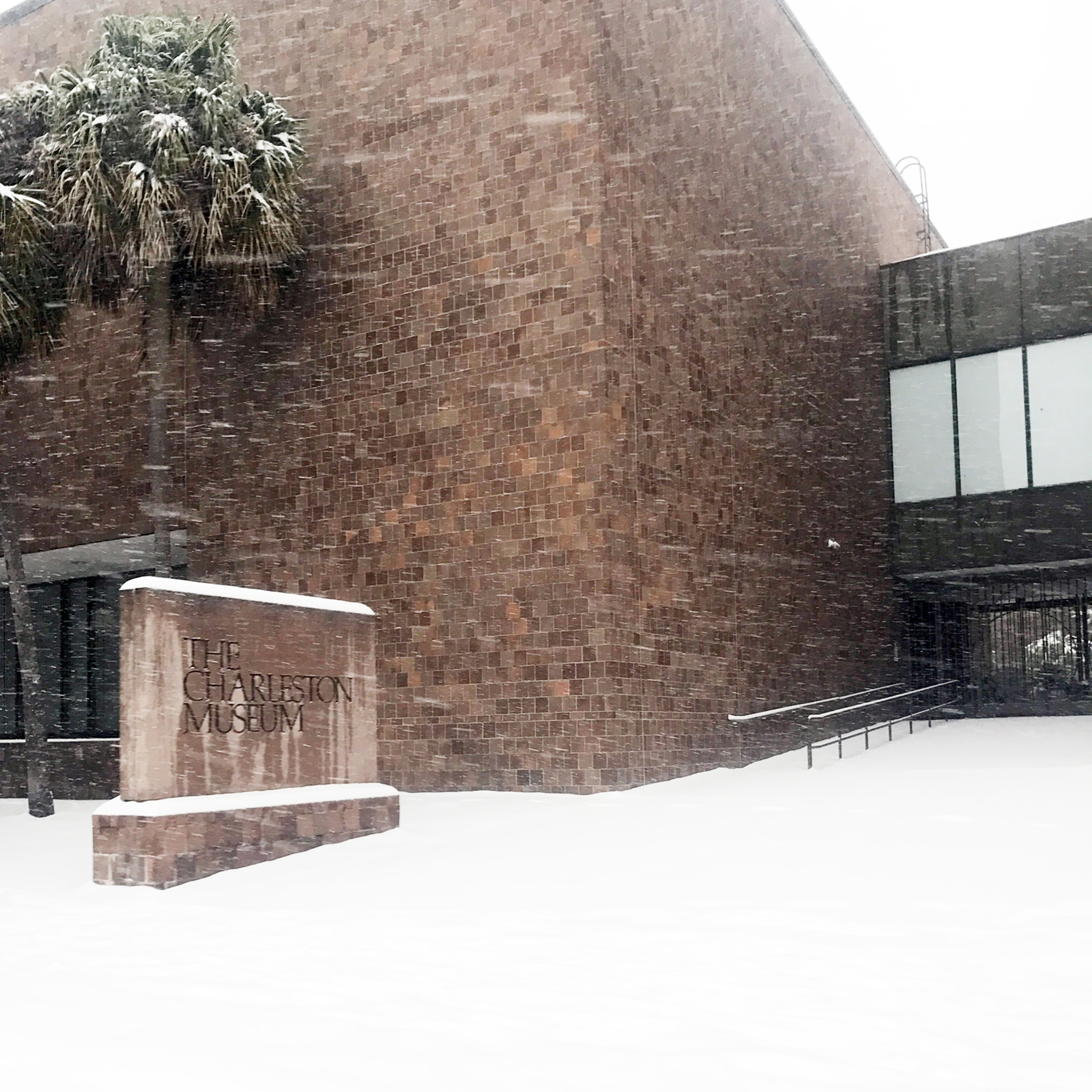 The problem is many do not realize that there is a difference between weather and climate. Weather forecasts relate to what is happening at a specific place during a certain time in regards to heat, precipitation, etc. However, climate is an approximation of the weather in an area over a long period of time. For example, the weather in Charleston on any given day may be hot, cold, wet, or dry, however, the climate for this region is typically warm and humid. Basically, the climate of this area is typical of what is seen throughout the southeastern United States. That’s not to say that a snowstorm, like the one we had last year, may roll through during a given year. It just means, in terms of climate, it is less likely to snow here than somewhere inland or in more northern regions. 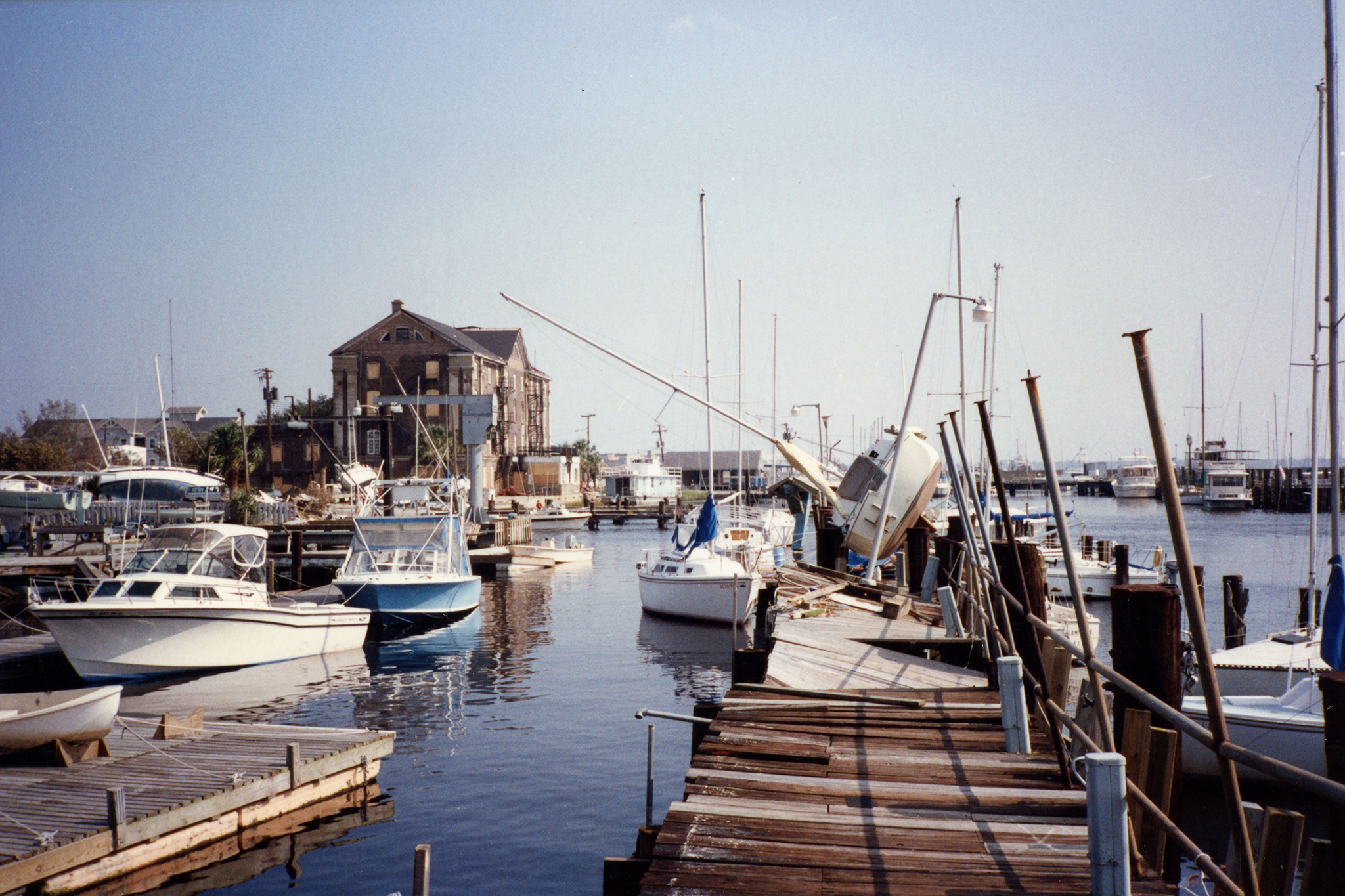 Damage at the Marina on Lockwood Blvd from Hurricane Hugo, Sept 22, 1989.

So how does this relate to global climate change? The global climate is basically a set number of averages, such as average temperature or average humidity. The climate change we are seeing relates to average global temperature. Despite cold snaps that result in localized weather, such as last year’s Lowcountry snowstorm, the average global temperature is on the rise. One of the biggest concerns this raises is how the rise in global temperature will affect polar ice. Since the end of the last glacial maximum, or when glacial ice sheets covered the highest percentage of the Earth’s surface, the Earth has been warming. The last glacial maximum ended approximately 26,500 years ago. This means that humans have existed during a time of generally cooler global temperatures on average. As the planet continues to warm, it will put pressure on animals and plants, including us, to adapt. The issue at this point becomes the rate. While it is often debated how humans impact the rate of warming, most scientific research shows evidence that we are increasing the warming rate. As the most widespread of all vertebrate organisms on this planet, this really should come as no surprise that we have the greatest level of impact on our environment. The first step to curb this rapid warming is to accept that we do have a drastic impact on global climate and attempt to make lifestyle changes that would slow the warming rate.

This is not to say global climate has never been this warm before, it certainly has. In fact, during the Mesozoic era when dinosaurs ruled the Earth climate was much warmer. Global climate does seem to follow a pattern of warming and cooling. However, during the time periods when the Earth was at its hottest, humans were not present on Earth. As an organism, we are adapted for the climate we currently find ourselves in. Drastic shifts warmer or colder could push our species to the brink along with many others. Climate scientists have recently reported we have a little over a decade to make the changes required to ensure global climate temperatures are stable. If we do not, we may find ourselves unable to adapt to the drastic shifts in climate including stronger hurricanes, rising sea levels, and extensive droughts.