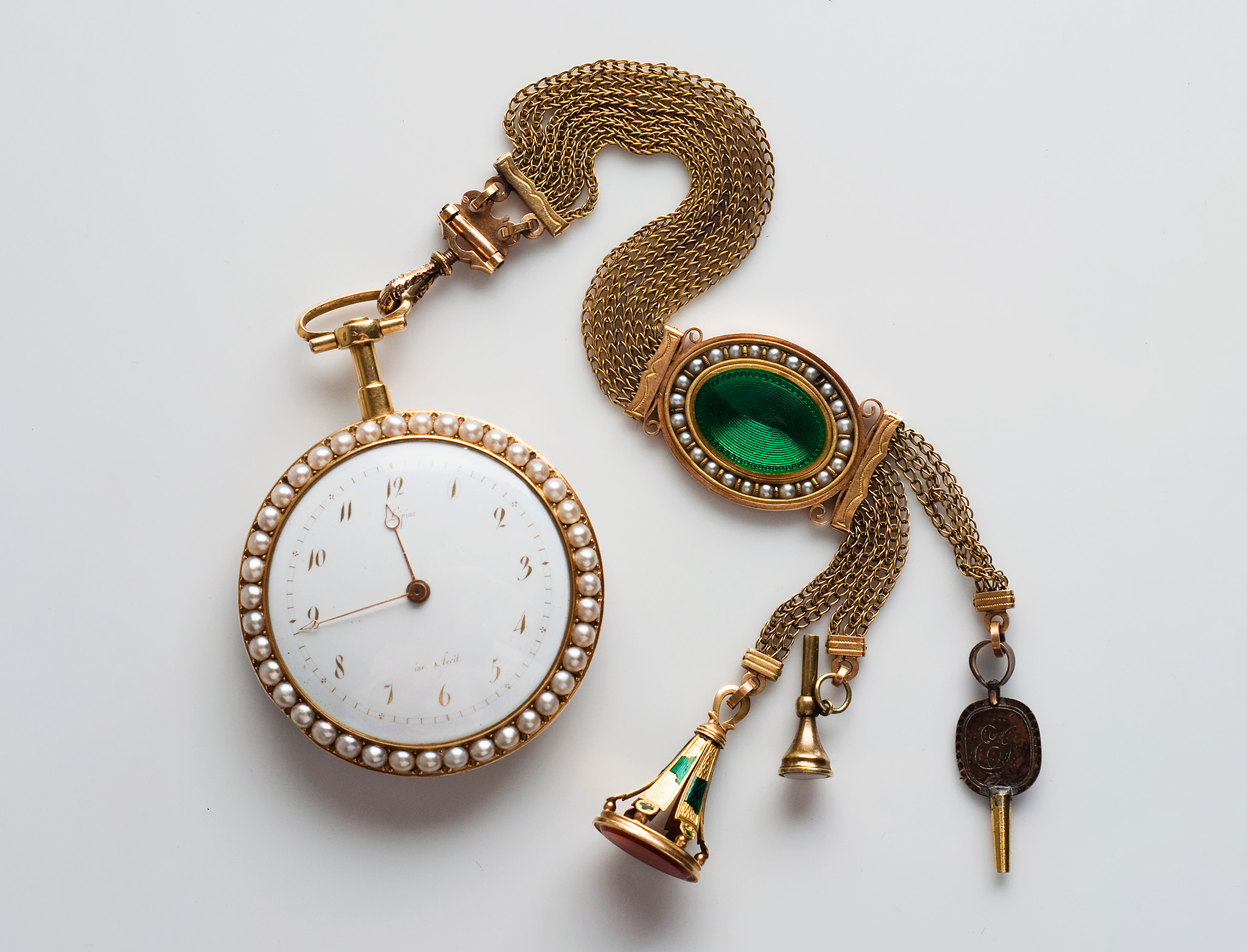 “Madame moves quietly here to there,

Step by step, stair to stair,

Aloft she carries candle with flame,

Light catching the silver of her chatelaine.”

“A really fancy tool belt,” is how one might describe them. Reserved typically for “a woman in charge of a large house,” the first solid evidence of chatelaines in use appears in ancient Rome.

Topped with a decorated flange that could be tucked into a waistband, chatelaines would have several small chains hung from it, each fitted with household necessities. These could include (but certainly were not limited to) workaday devices such as scissors, keys, sewing instruments, corkscrews, and seals. Quite fashionable in America by the late eighteenth century and into the first quarter of the nineteenth century, most chatelaines of this period were subdued in their construction, carrying two or maybe three appendages. This restraint, however, most certainly did not carry over to the piece’s elegance. 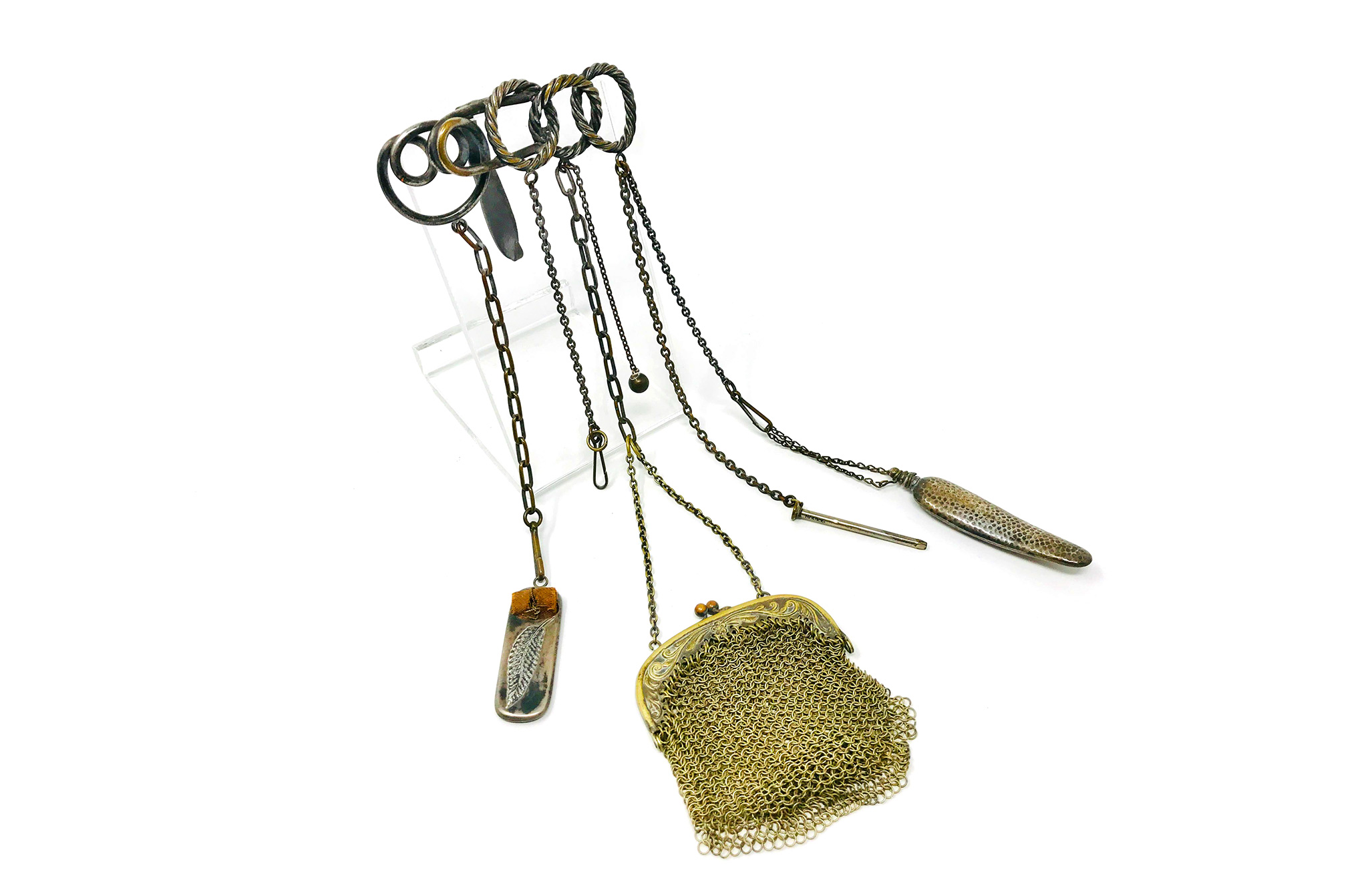 Charleston silversmith Michael Samuel Debruhl, for example, produced several coin silver chatelaines during his short career on Queen Street. One in The Charleston Museum’s collection bears a delicately engraved waist hook and three hand-forged chains, which the unknown wearer fastened scissors, a pincushion, and a key that, perhaps, if the two former instruments are any clue, might have secured her sewing table.

Those of means by the 1790s had adopted the well-to-do fashion of attaching timepieces to their chatelaines in addition to whatever else they wished to have on their person. 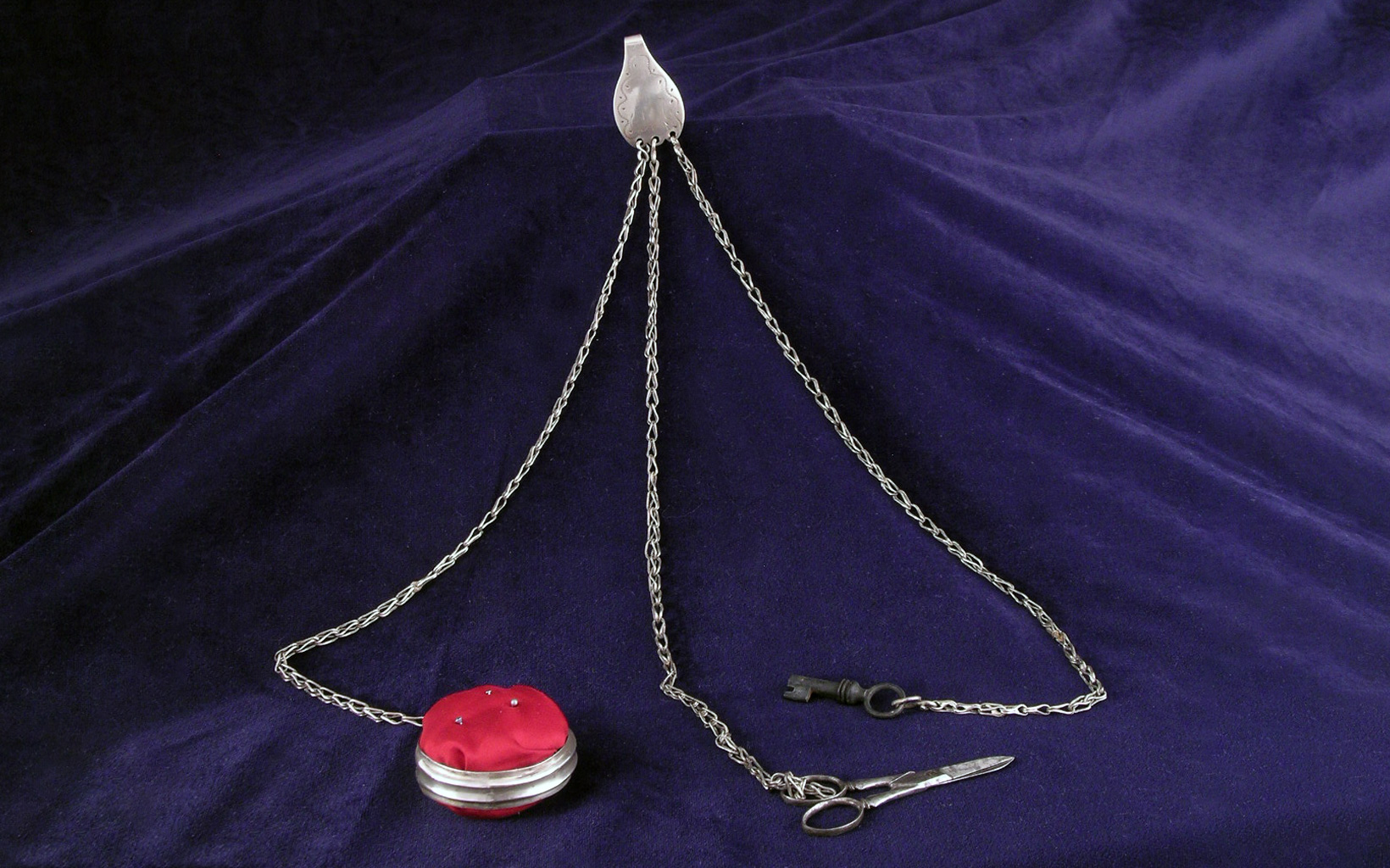 A striking “macaroni” style chatelaine (so-called for the overly fashionable social groups of London dandies that in the 1770s) was ordered by Mary Stead Pinckney in 1797 for her thirteen-year-old niece, Eliza Izard Pinckney, whose initials “El” appear engraved on a cipher. Working to fulfill Pinckney’s wishes, whilst in Paris, her friend Mary Helen Hering Middleton visited Jean Antoine Lepine, a well-known and accomplished “watch and clockmaker to kings and aristocrats.” Upon its completion, Middleton wrote Pinckney that July that “there was nothing newer or more fashionable to be had.” 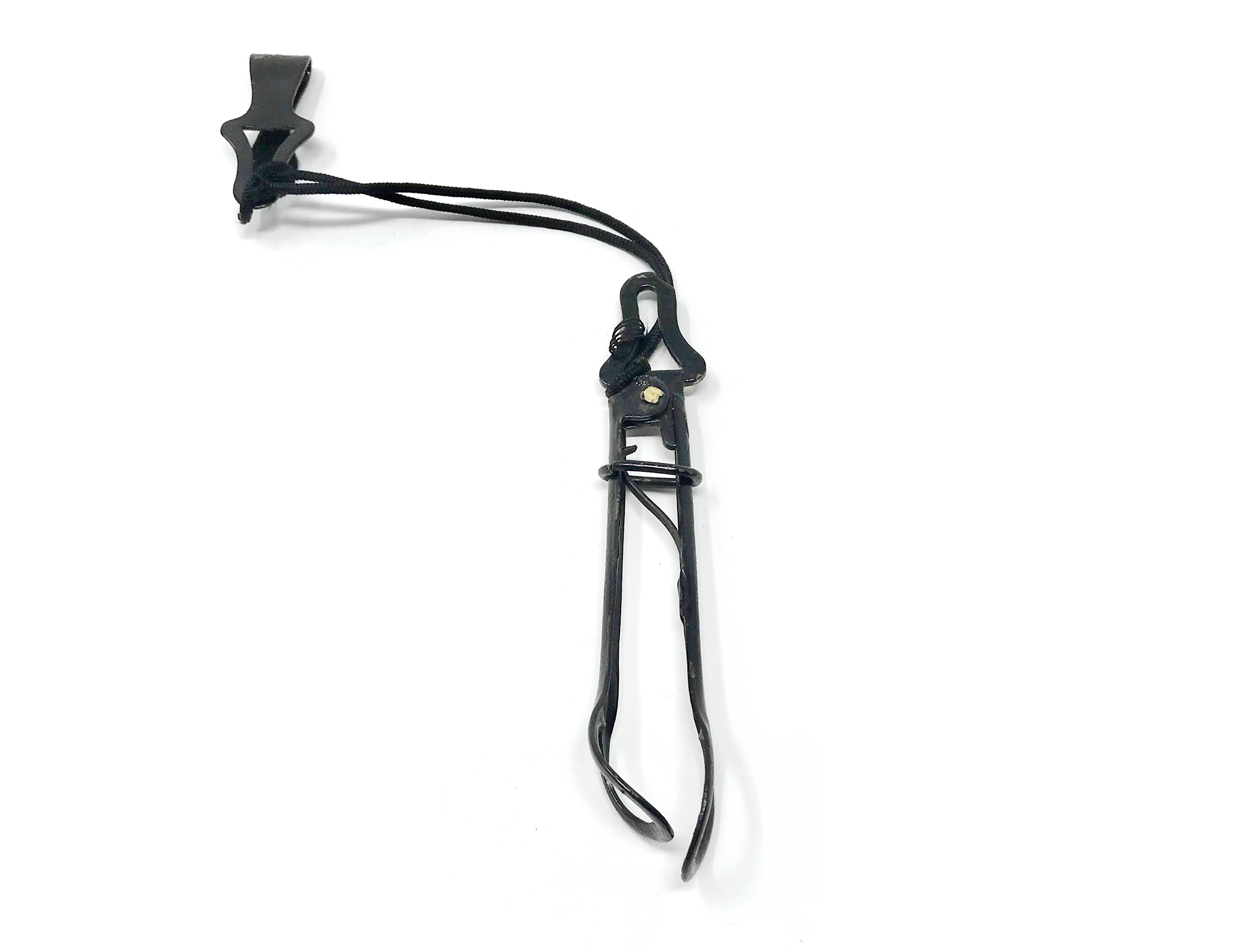 Traditional chatelaines fell out of fashion by the mid-nineteenth century, and for the most part, seemed all but extinct by the time of the Civil War. In the 1870s, however, their style had come roaring back in the unlikeliest of places. Emerging from campy costume parties and Medici-themed social gatherings, chatelaines soon hit the mainstream market as decorative, albeit useful, tools. By 1890, all the revival styles from Renaissance to Rococo were available from jewelers. What’s more, gone were the days of simple accouterments like thimbles or scissors. Far larger trappings such as spectacle cases and letter openers were offered up by retailers. Tiffany & Co, for instance, produced a wide selection of styles capable of supporting “fans, small purses, and umbrellas,” and priced them anywhere between $6 and $100. Additionally, chatelaines by the early twentieth century began transitioning into the workplace. Steel chatelaines designed for nurses held, rags, tongue depressors, short forceps, and even pulse glasses (a steel-encased, 15-second hourglass for measuring heart rates).

Select pieces from The Charleston Museum’s collection in jewelry will be on display for a special one-night reception, A Luxurious Charleston, on Thursday, September 19, 2019. Join us for an evening of jewels and history and see some of the Museum’s chatelaines (including the ones mentioned) in person.