News and EventsGeneral News2022: A Year in Review 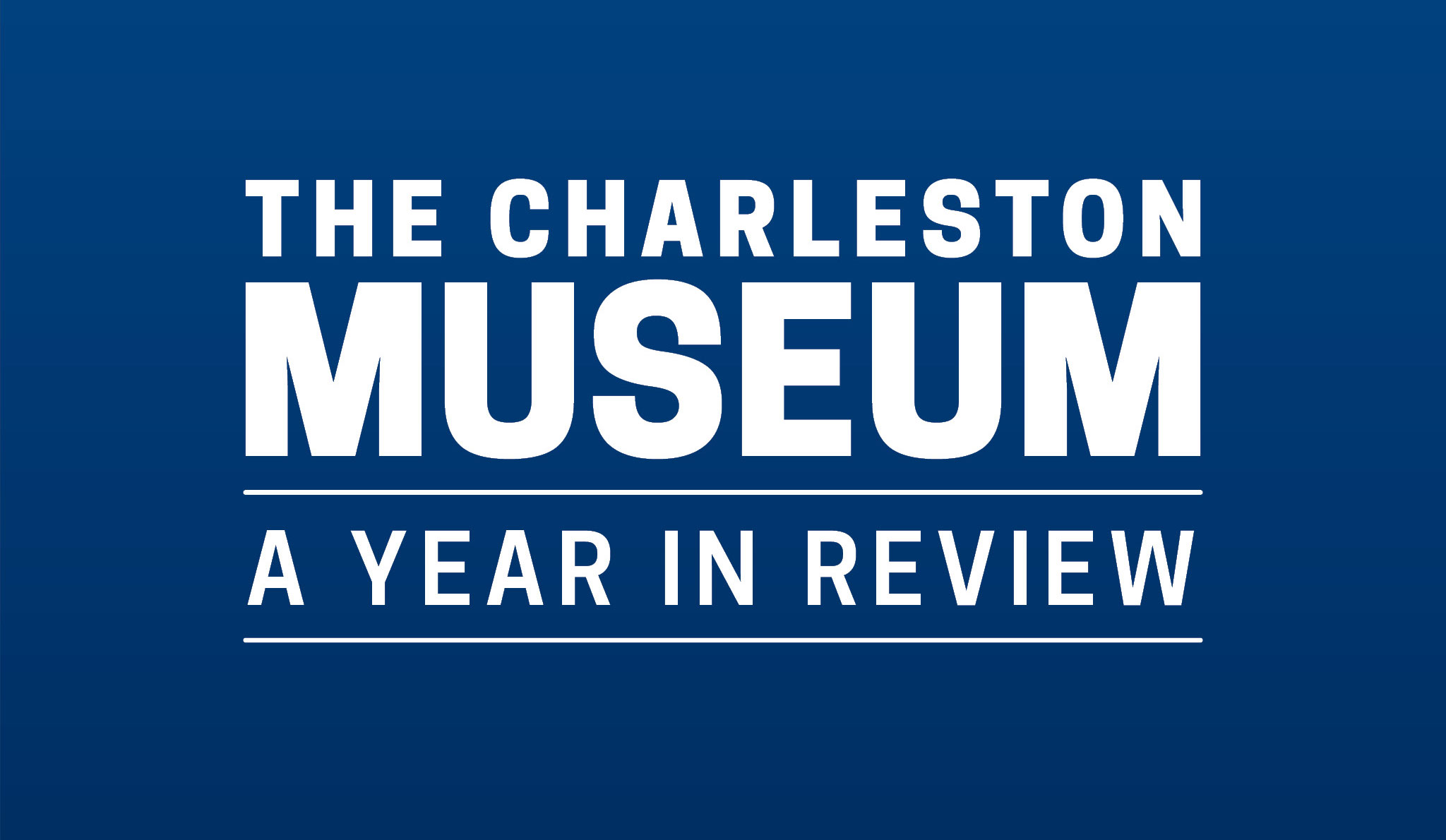 Season’s greetings to all our Museum friends!  On behalf of The Charleston Museum Board of Trustees and staff, I wish you a joyous and healthy holiday season.  This is an exciting time for the Museum as we look forward to our 250th anniversary in January.

Can you believe America’s First Museum will be 250 years old?  More on that in our January newsletter, but for now, let’s look back at our many accomplishments throughout this year.  With the easing of the Covid-19 pandemic, we were very fortunate to see visitation return to normal levels.  Through October, visitation at the Museum and its historic houses is up nearly 5% over the 4-year pre-pandemic average, and we are poised to have our highest visitation since 2017.  Included among our returning visitors were school groups, which was gratifying to see.  Their visits to the Museum were brought to a trickle by the pandemic; only the Second World War had stopped school visits to the Museum previously, which puts the pandemic in historical context.

There a number of new faces on staff at the Museum this year. I was pleased to promote Elise Reagan to Chief of Education and David Benjamin joined us as Chief of Facilities.  Both are highly valuable additions to the Museum’s management team.  Chad Stewart is our new Curator of History, while Taylor Casey recently became Historic Houses Manager.  Maggie Roof and Cara Bradford are our newest Educators.  These staff have brought renewed energy and fresh ideas to their positions.

We were delighted to announce the release of our 250th anniversary volume, The Charleston Museum: America’s First Museum, published through the University of South Carolina Press in June.  Highlighted by excellent photography, the new book chronicles the history of the Museum, and includes chapters on each of its major collections, its historic houses, and the Dill Sanctuary.  Although I am listed as the primary author, it was truly a group project.  Chief of Collections Jennifer McCormick contributed the Archives chapter and assisted in copyediting the manuscript, while Curator of Natural History Matthew Gibson, Curator of Historic Textiles Virginia Theerman, and Curator of Historical Archaeology Martha Zierden wrote the chapters on their respective collections.  Sean Money, the Museum’s graphic designer, meanwhile, did a wonderful layout for the book as well as most of the photography.  Chief of Museum Operations Susan McKellar is overseeing sale of the book through our Museum Store, but she was also key to developing the concept and gave productive input to the layout and design.  Please make a visit to the Museum Store soon to check out the book, which certainly makes a great holiday gift for Museum enthusiasts.

At the historic houses, we implemented an audio tour at the Heyward-Washington House this fall.  This change, planned for several years, has been quite popular with guests, allowing them to tour the home at their own pace.  If you have not been to the house recently, stop by and give it a listen.  The Garden Club of Charleston, a longtime friend to the Museum, has been busy this week decorating the Joseph Manigault House for the holidays.  They always do a masterful job in this endeavor, and we are so grateful to these ladies for all they do for the Museum. 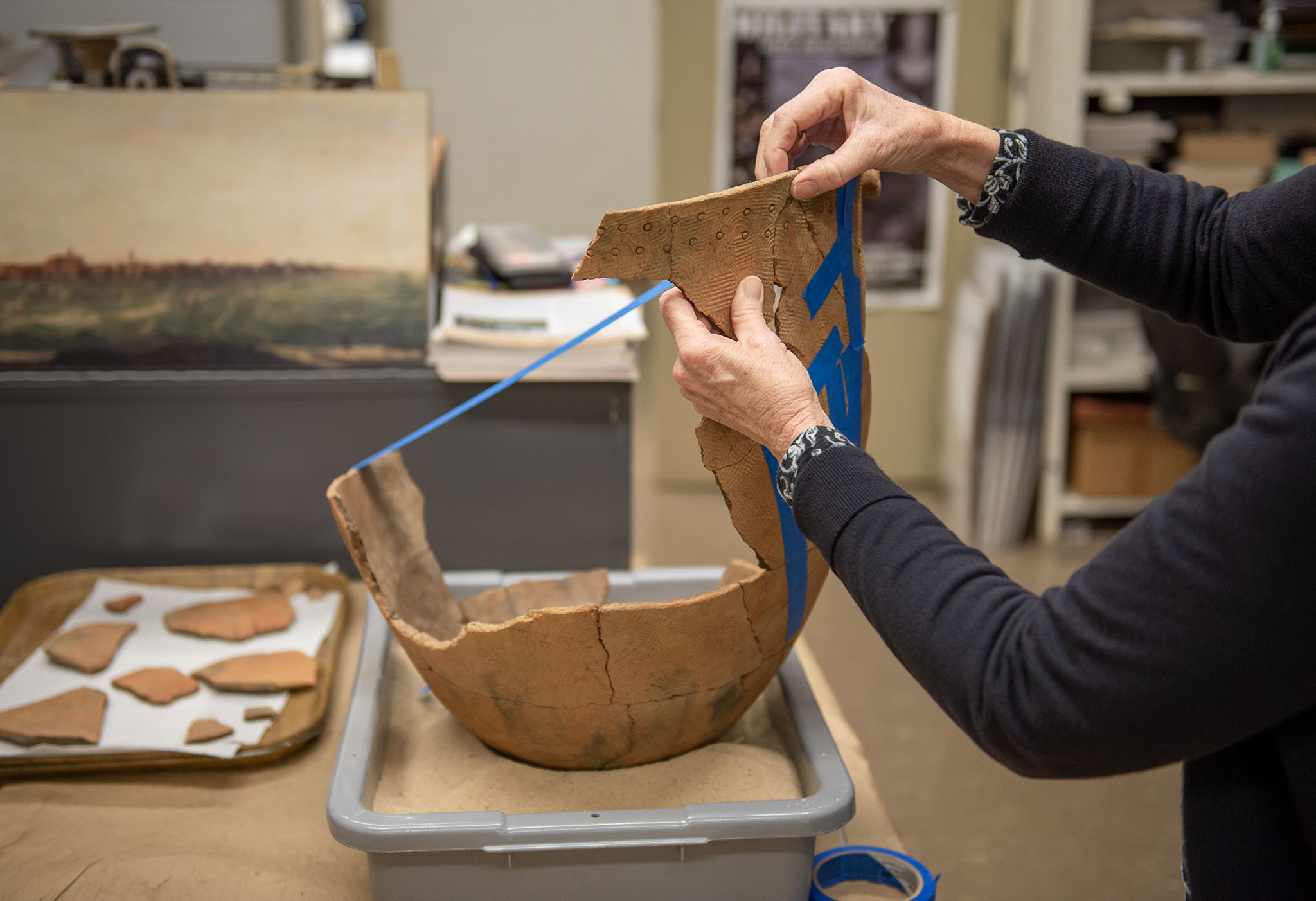 In terms of collections, our curators brought in over 130 objects this year.  Among the highlights were a Revolutionary era sword that belonged to Hamilton Ballendine, a supporter of the Royal government who was convicted of spying for the British and executed by hanging outside the Charleston lines prior to the Siege of Charleston in 1780.  Another impressive piece that was accessioned is a Mississippian period (1000-1500 AD) ceramic pot recovered from the shores of Lake Marion.  Found broken, a volunteer in the Archaeology Department is meticulously piecing it back together, and it will make an excellent addition to collections which document pre-contact Indigenous peoples in South Carolina.  Curatorial staff have also been active on the research front.  Martha Zierden and her colleagues from the University of Georgia, College of Charleston, and University of Maryland concluded a multi-year project, funded by the National Science Foundation, which studied the colonial cattle economy in South Carolina.  The report is available with the Museum’s other archaeology reports on our website.  See “Colonial Cattle Economy – AC52” at https://www.charlestonmuseum.org/research/archaeology-reports/.  Matthew Gibson, meanwhile, collaborated with Dr. Robert “Bobby” Boessenecker of the College of Charleston on “Dermal tubercles and bucklers of gigantic stingrays (Dasyatidae) from the Pleistocene of South Carolina and the stratigraphic origin of “Ceratoptera unios” Leidy, 1877,” published in the journal PalZ.

Although school group visits only began to return in large numbers within the past few weeks, the Education Department has been busy this year.  During the 2021-2022 school year, the Museum sent educators on a weekly basis to five Title I schools, including Sanders-Clyde Elementary in downtown Charleston, Angel Oak on Johns Island, Lambs and Goodwin Elementary Schools in North Charleston, and Jane Edwards on Edisto Island.  This fall educators are participating in after school enrichment at Sanders-Clyde and Mary Ford Elementary Schools.  In addition, the Museum contributed to the summer reading program for Title I students at Jennie Moore Elementary in Mt. Pleasant. 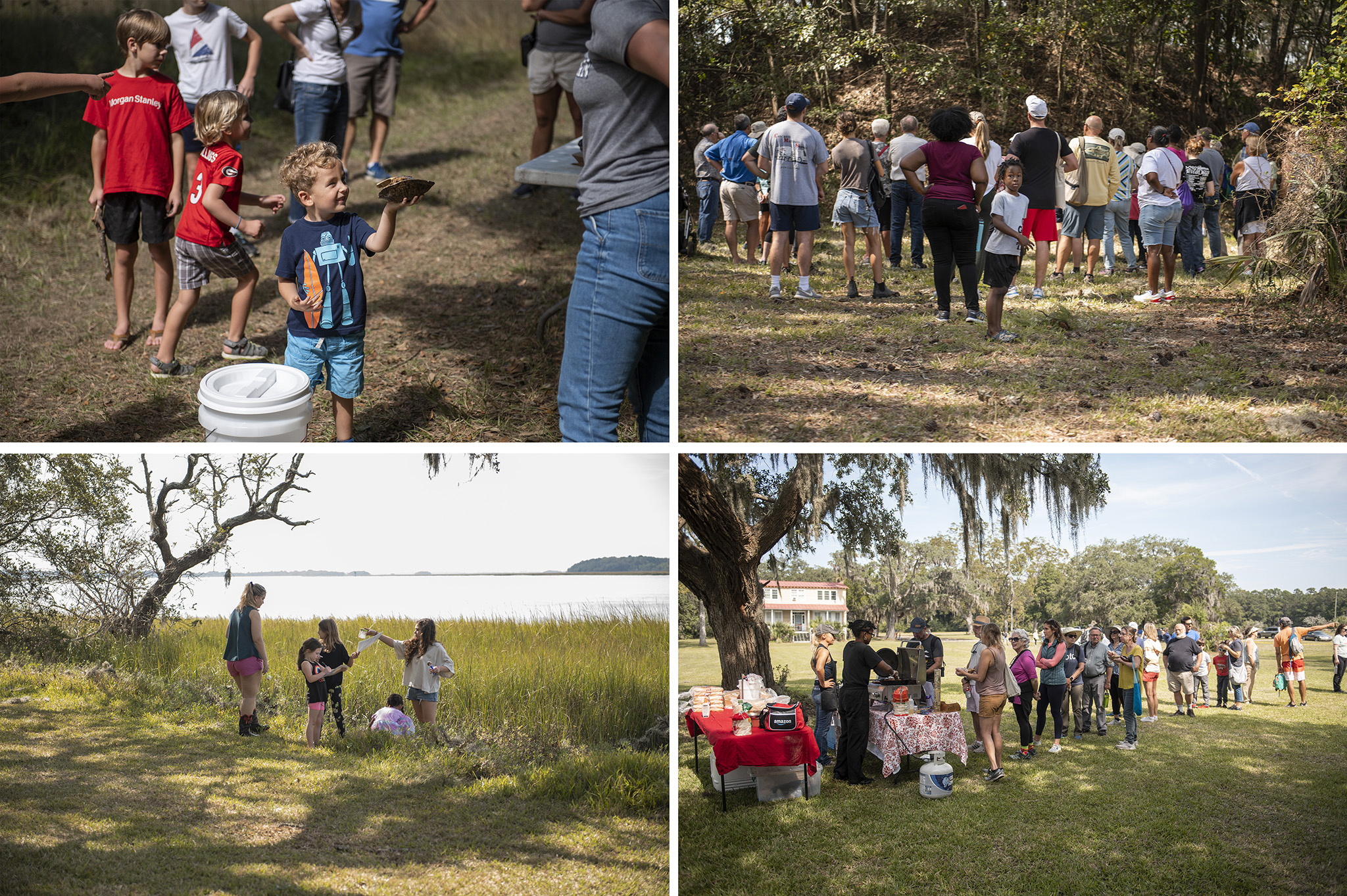 In October, the Museum held its second Dill Sanctuary Community Day.  First held in October 2019, the event was supposed to be offered annually but the pandemic intervened.  We were pleased to welcome over 500 guests, who had the opportunity to take guided tours around this valuable ecological asset.  Next year, the Museum Board of Trustees, committed to the long-term preservation of the property, will update the Dill Sanctuary Strategic Plan, first adopted in 2021, which will provide further direction concerning its protection. 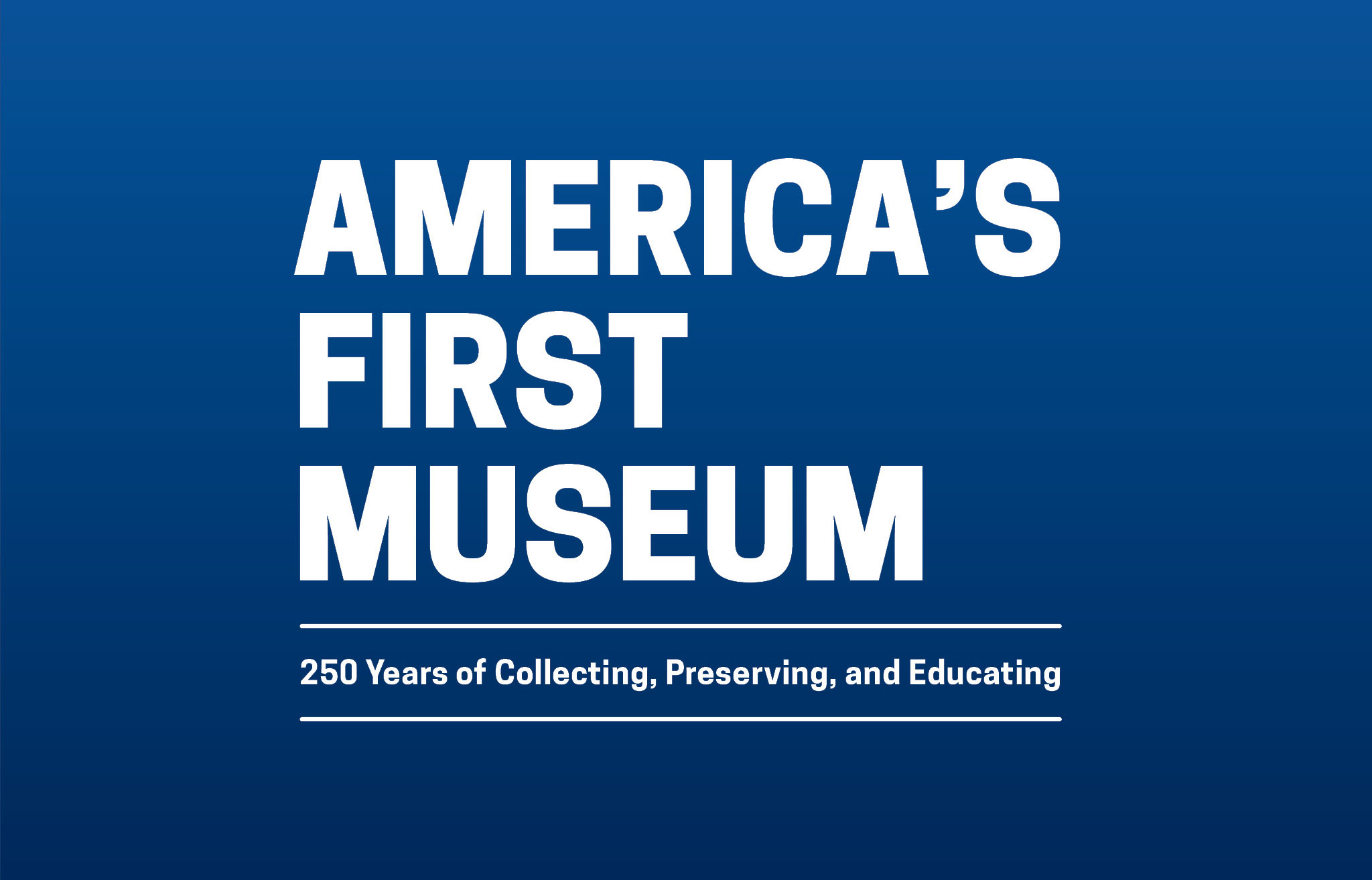 So, as you can see, there have been many things going on at the Museum in 2022.  That was just a warmup, however, for 2023, which will be particularly engaging as the Museum celebrates the 250th anniversary since its founding.  This month we will open two exhibits related to the anniversary. America’s First Museum: 250 Years of Collecting, Preserving & Educating, a two-part exhibit in the Historic Textiles Gallery, will feature an array of objects from all five of the Museum’s collections, which together tell the story of this remarkable institution.

The Lowcountry Image Gallery, meanwhile, will display a timeline of the Museum’s history with images from the Archives, documenting the last 250 years.  Both exhibits promise to be a “must see.” We have a terrific slate of events coming up in January to mark the milestone as well.  On Thursday, January 12, the Museum’s “birthday,” we will have Dr. Anthea Hartig, the Director of the Smithsonian National Museum of American History, as our keynote speaker.  The following evening, Friday, January 13, we will hold a 21+ version of our popular Nighttime at the Museum event, featuring our 1773 Anniversary Ale, produced for us by Holy City Brewery.  Curatorial and programs staff will be posted throughout the Museum to share some of the spicier aspects of the Museum’s collections.  Saturday, January 14, will be a family birthday party with free admission for children, 12 and under.  We hope to see you at these celebrations!

As always, I wish to thank our wonderful members, donors and volunteers for all your support of the Museum this year.  This institution has flourished for 250 years in large measure due to the assistance of people such as you.  With you, it will continue to thrive.