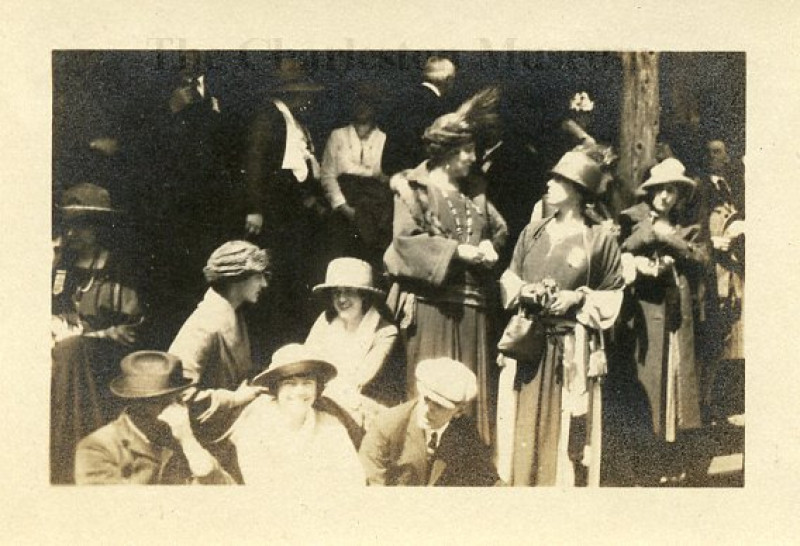 Photograph of several people gathering on the steps of the old house (Blake's Plantation) purchased in 1898 for the Santee Gun Club. The image was taken during the 18th annual meeting of the American Association of Museums held in Charleston. Frary noted on reverse, "Group at Santee Club."

The conference coincided with the 150th Anniversary of the founding of The Charleston Museum and then Director, Laura Bragg arranged for tours of various sights and plantations around the Lowcountry.