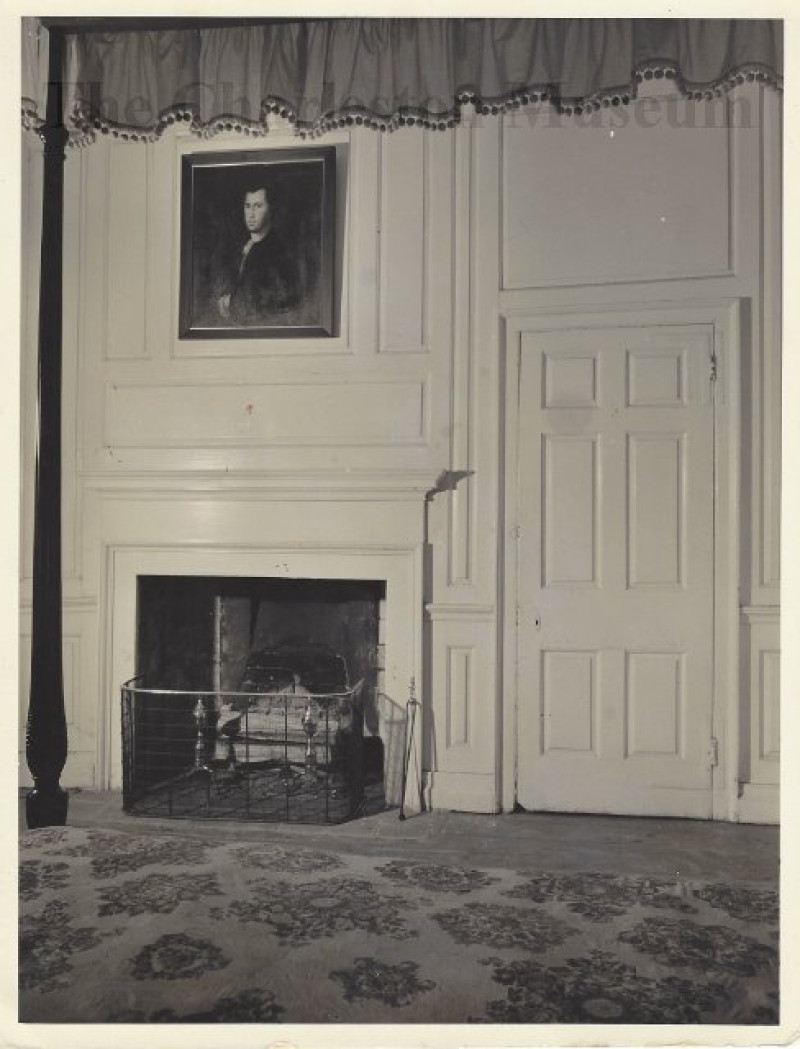 Black and white photograph of the Heyward-Washington House withdrawing room decorated in the style of the late 18th and early 19th century Charleston. Highton shot the image through the bed to capture the portrait of Thomas Heyward, Jr. over the mantel. It was thought by The Preservation of Old Dwellings Society that this room was used as a bedroom during George Washington's stay in 1791. Handwritten on back reads, "Photo by W. Lincoln Highton, Fed. Writers' Project, May 1938, N.W. Room Heyward House, Pres. by Mrs. Montgomery Nov. 1938".

From 1936 to 1940, Mabel Montgomery and Louise Jones DuBose helped to produce and collect the photographs created by the South Carolina Writer's Project (SCWP), a part of the Federal Writers' Project. The SCWP employed noted photographers such as W. Lincoln Highton, Walter Connolly, Carlisle Roberts, Carl T. Julien, Walter Sargeant, and Alfred T. Willis to capture images in South Carolina and created comprehensive guide for tourists, "South Carolina: A Guide to the Palmetto State, published in 1941.