The Magic of Lantern Slides

By Jennifer McCormick, Chief of Collections 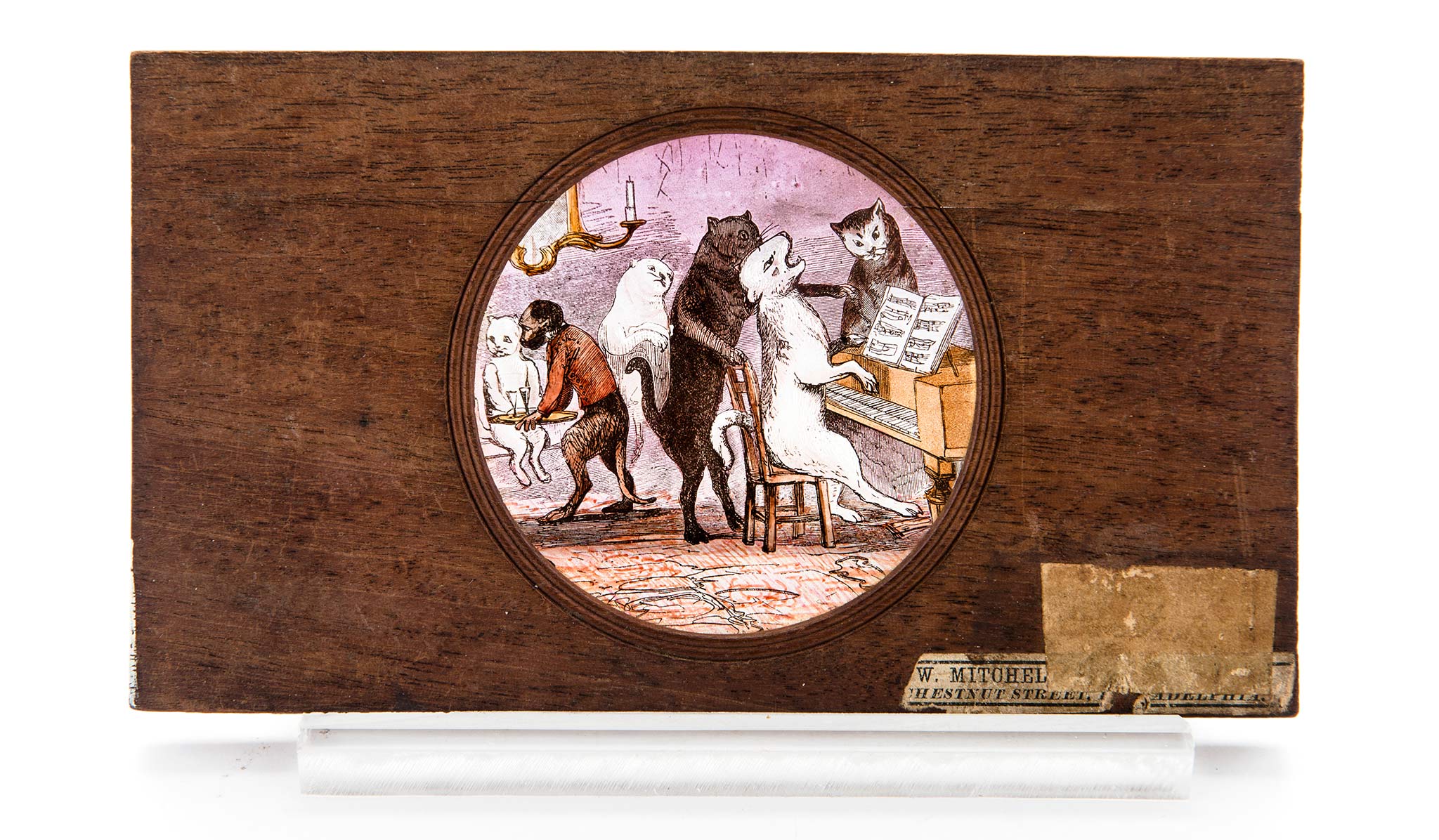 Before the invention of photographs and “moving pictures,” magic lanterns and glass slides were the primary means to show motion and project images. A hand painted image or landscape on a piece of glass would come to life when it was used in a device called the Magic Lantern. The “magic” of the lantern was a concave mirror behind a flame that directed the light through the glass slide into a lens, projecting the image on a wall.

Developed in the 17th century, Magic Lanterns were mainly used for entertainment. Artists animated lantern slides by painting different scenes on separate, moveable plates, creating the illusion of movement within the subject.

Hand painting each slide was a time consuming process and the slides were expensive to produce. An optical instrument maker, Philip Carpenter, developed a copper plate printing process that enabled these painted slides to be mass produced inexpensively, making them available for the common public and educational use. Carpenter even developed a written script he sent with every slide set allowing the presenter to read the text while showing the images. The first known set, completed in 1823, was comprised of over 200 images of various zoological subjects in 56 wooden frames.

When photography emerged in the mid-1800s, the photographic lantern slide was created by photographing an illuminated negative directly onto the lantern glass using a camera, therefore creating a positive print. A paper frame was then glued around the image and covered with a protective glass piece. Next, the two-plated slide was bound together with a tape border on all four sides.

Although the light source changed dramatically since its invention, the “Magic Lantern” and lantern slides continued to be used until slide projectors became popular in the 1950s. 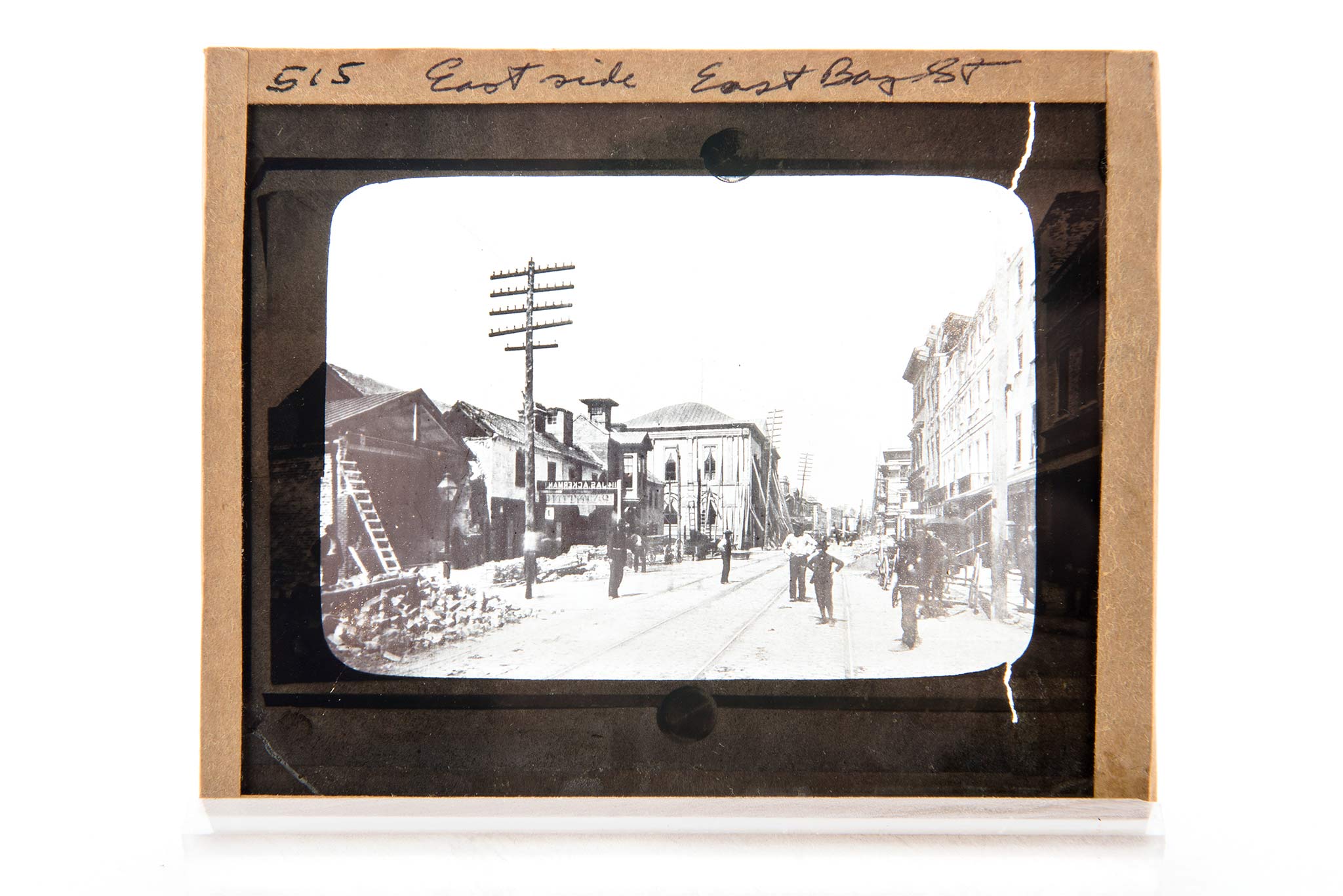 “East Side of East Bay Street”, Earthquake of 1886 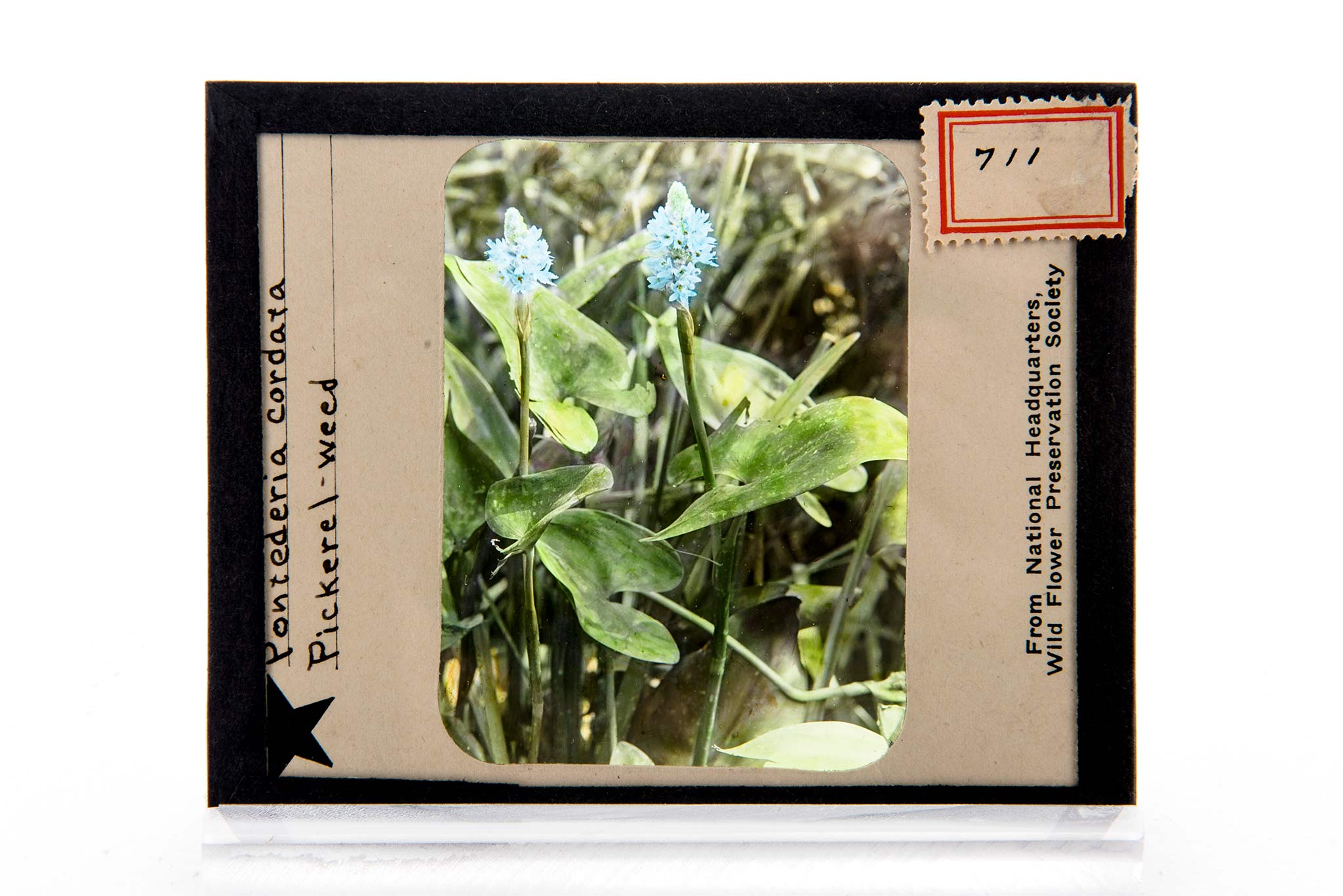