Tours at our historic houses are on the hour beginning at 10 am Monday through Saturday, and 12 pm on Sunday. Last tour of the day begins at 4 pm.
Masks must be worn while visiting The Charleston Museum and its historic houses. Thank you for helping our community slow the spread of COVID-19. Learn More 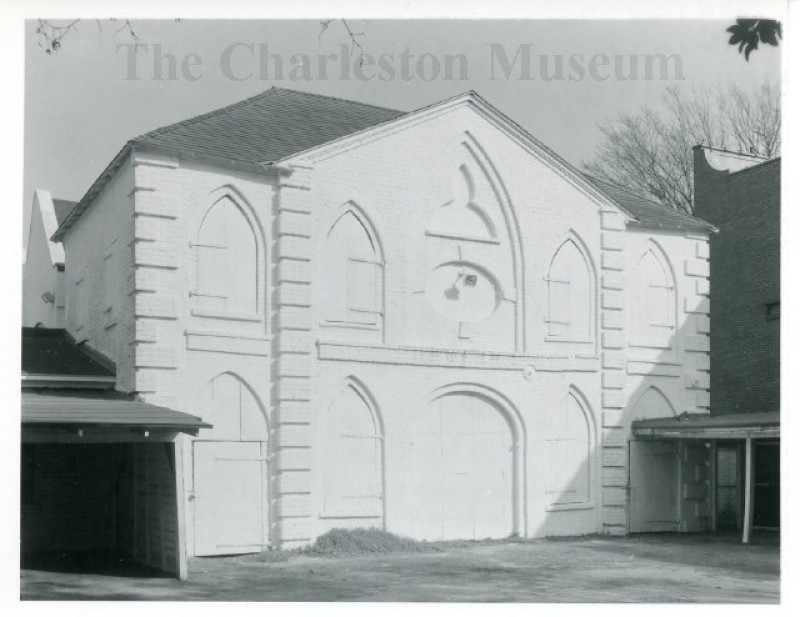 Black and white photograph of the west (front) elevation of the carriage house at the William Aiken House located at 456 King Street.

The William Aiken House was constructed in 1807 by James Mackie in the Adam tradition. William Aiken, Sr. and his family moved into the brick single house in 1807 and purchased the house in 1811. The house was used to hold meetings for the South Carolina Canal and Railroad Company where Aiken was elected president in 1827. Directly after his death in 1831 his widow, Henrietta Watt, constructed the octagonal wing of the house with a ballroom on the second floor. The South Carolina Canal and Railroad Company later became part of Norfolk Southern, that today operates a district sales office from a portion of house.

Photographer Charles N. Bayless, funded by grants from the National Endowment for the Arts, photographed and recorded the Carolina Lowcountry between 1970 and 1988. The South Carolina Project took place between 1977 and 1979.