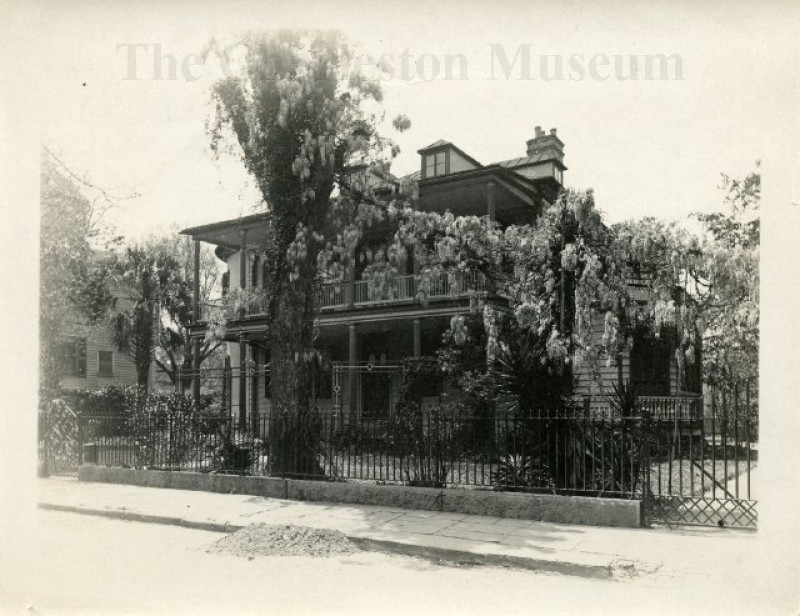 Black and white photograph of the exterior of the Hannah Heyward House. A notation on reverse reads, "My mother's house, where I was born. 31 Legare St. built long before the Revolution & owning a pre-Revolutionary ghost who appears in the down-stairs room behind the big tree - the library - or study. The palmetto was planted the day S.C. seceded."

Hannah Shubrick Heyward constructed the house c. 1789 shortly after her husband, William Heyward's death. She was a successful rice planter as well as the sister-in-law of rice planter and Signer, Thomas Heyward, Jr. At one time, it was rented to Julia Datty, a native of French Santo Domingo, who operated a girls' school in the house. In 1868, the house was acquired by the Augustine T. Smythe family, whose descendants own the house today. The original kitchen and stable survive on the property.