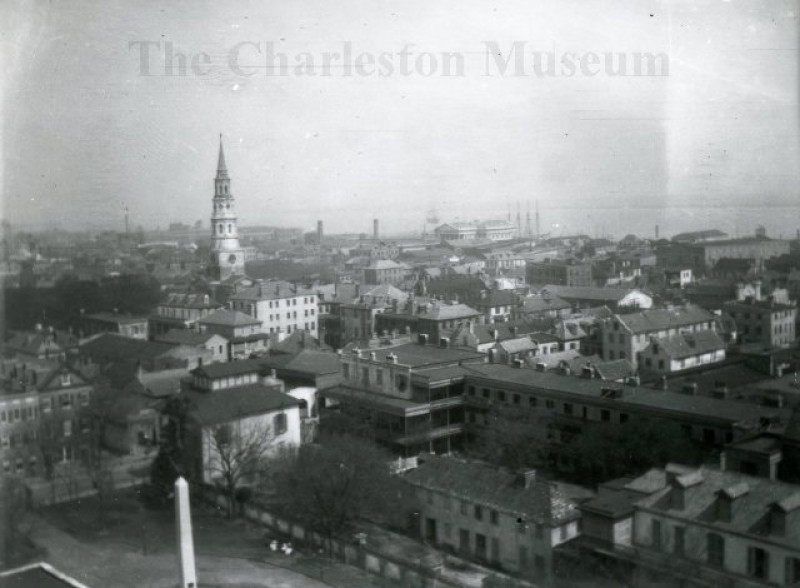 Black and white photograph of Charleston's rooftops over Washington Square Park toward St. Philip's Church. The Washington Light Infantry Memorial overlooks people seated on a park bench and a four-masted sailing vessel can be seen behind the United States Customs House in the far distance. Printed from a glass plate negative held in the Museum's collection.

This appears to have been taken in either late February or early March, directly after the Great Blizzard of 1899 that brought a mixture of snow and sleet to Charleston on February 11 - 12, with reported temperatures of 7?F and four inches of snow.