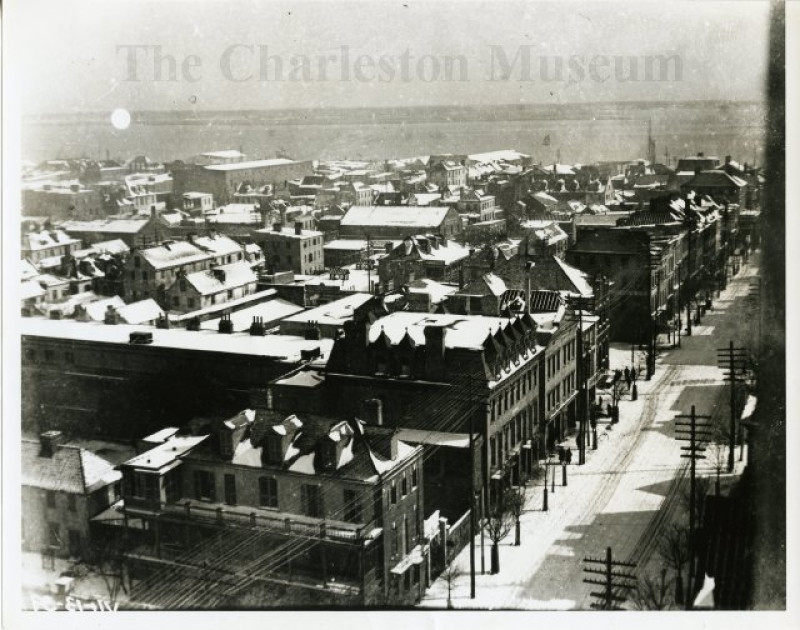 Black and white photograph of Charleston's rooftops blanketed in snow with Broad Street prominently featured. The view is captured from the steeple of St. Michael's Episcopal Church and the Daniel Ravenel House (68 Broad) as well as the Confederate Home and College (62 Broad) are visible to the immediate left. Note a fishing boat from the Mosquito Fleet on the Ashley River in the far background. Printed from a glass negative held in the Museum's Archives.

The "Great Blizzard of 1899" or the "Great Arctic Outbreak of 1899" brought a mixture of snow and sleet to Charleston on February 11 - 12, with reported temperatures of 7?F and four inches of snow.