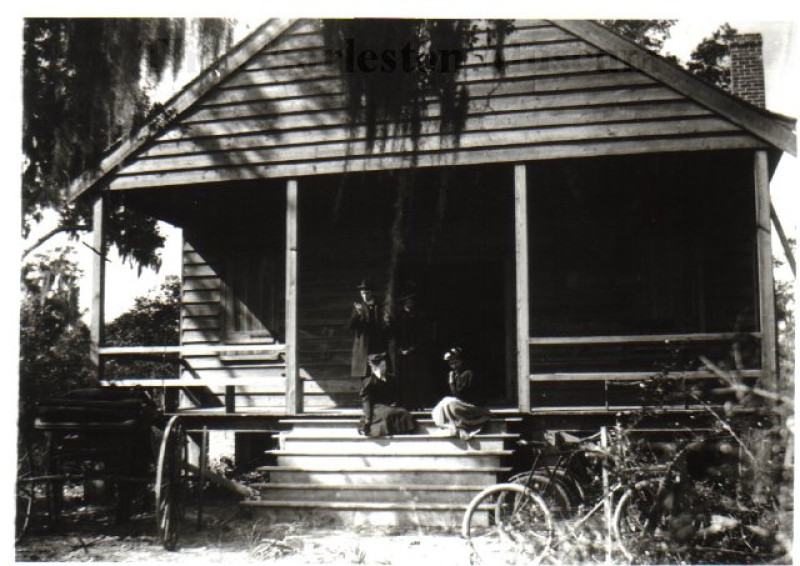 Black and white photograph of Elizabeth "Lizzie" Sams and her daughter Frances Sams Simons sitting on the porch steps of the Cabin Wheel clubhouse in St. Andrews Parish. Three bicycles are visible to the right with a horse and carriage seen on the left. Two unidentified people are standing in the doorway. Printed from a glass plate negative held in the Museum's collection.

The Cabin Wheel Club was made up of members who would cycle from the peninsula over the "New Bridge" (now the Ashley River Bridge) to the country in St. Andrew's Parish (now West Ashley). First called the "Charleston Riding Club" it was advertised in the April 20, 1896 News & Courier edition as "A Picnic on Wheels." The next year, it was referred to as the "Wheelman Club...A Clubhouse for Cyclists" eventually earning the name the "Cabin Wheel Club."