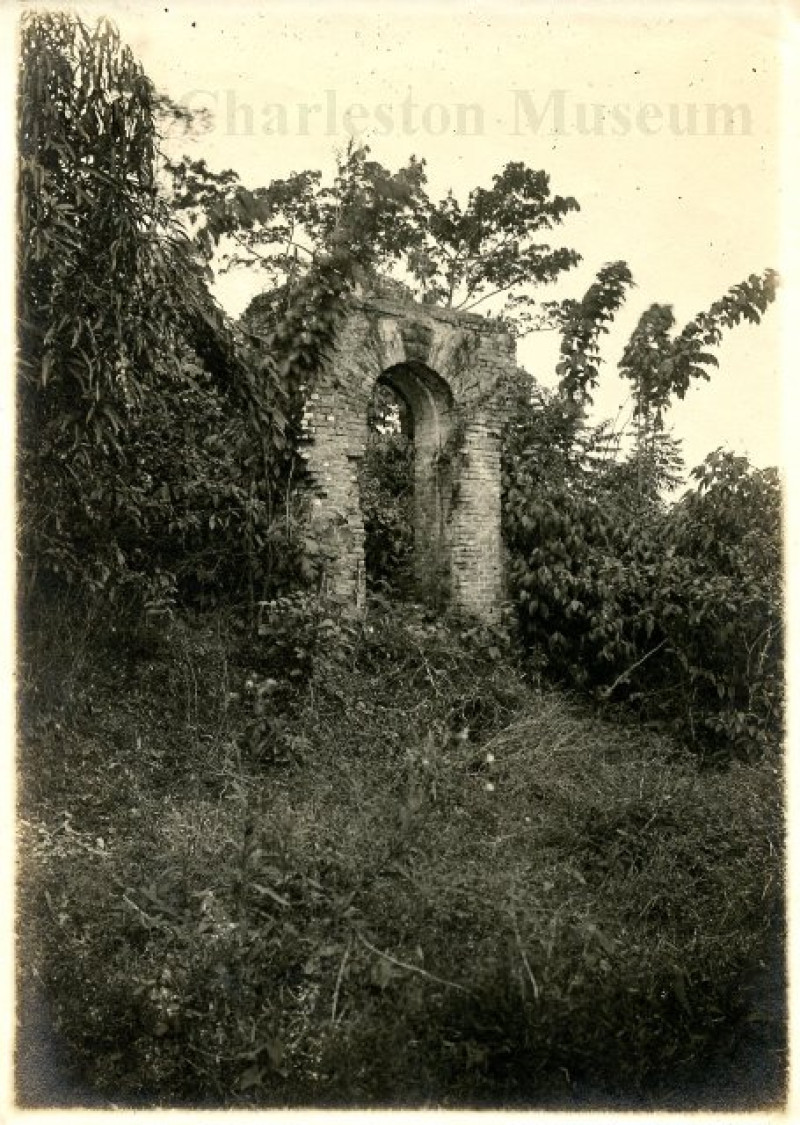 Black and white photograph showing the ruins of the old Dutch fort, Fort Kyk-over-al, located at the junction of the Essequibo, Mazaruni and Cuyuni Rivers. Built in the early 17th century on the small island of Kyk-over-al ("See over all") as a fort, it eventually became a trading post for the local tribes. Taylor noted on reverse, "Kyk-overal."

Beebe published this image (Fig. 6) in "Tropical Wild Life in British Guiana: Zoological Contributions From the Tropical Research Station of the New York Zoological Society" with the caption of "Ruins of the Old Dutch Fort, Kyk-over-al."