News and EventsGeneral NewsTobias and Christiana Scott: The Road to Freedom

Tobias and Christiana Scott: The Road to Freedom 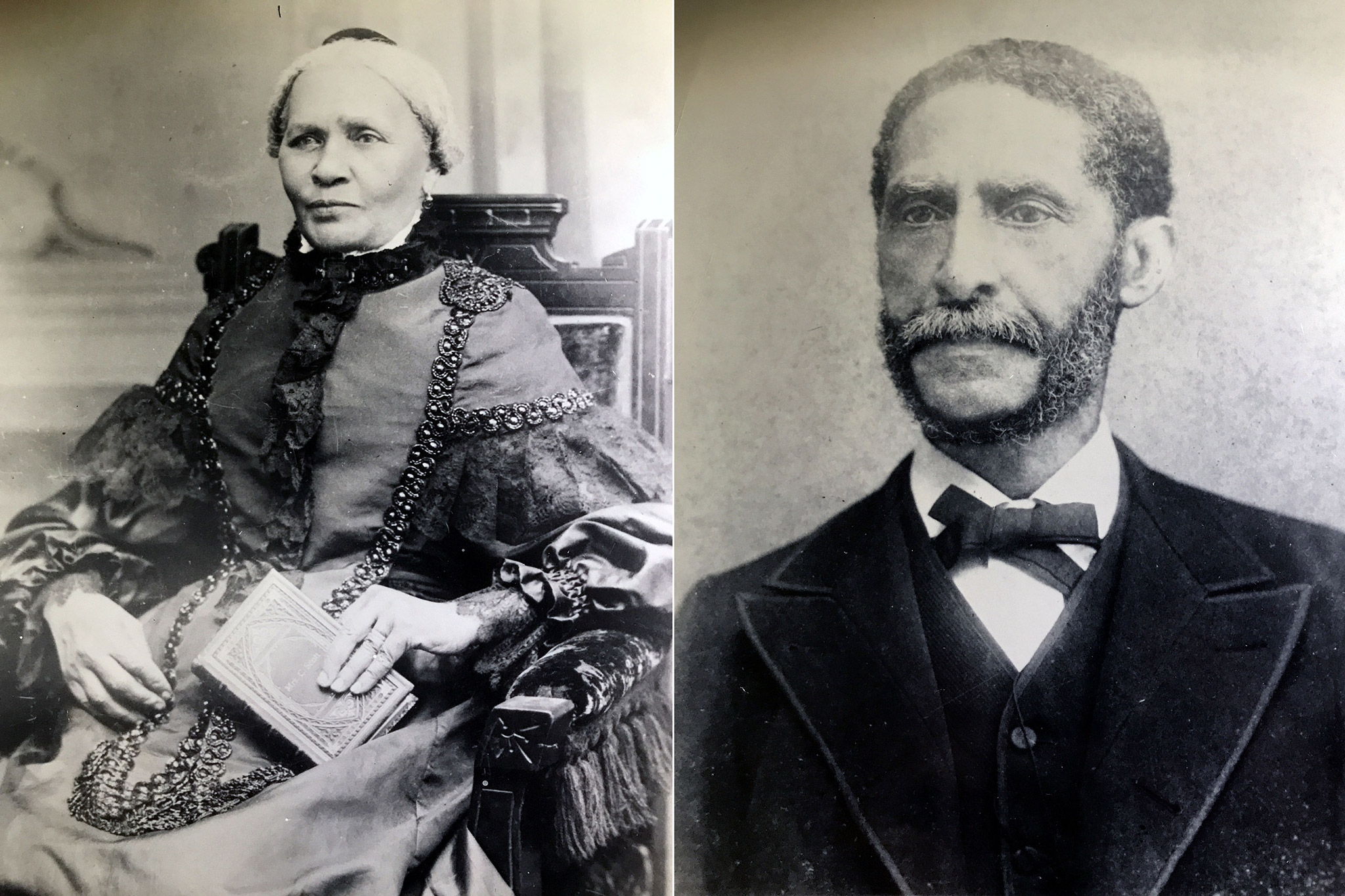 Researching the family history of former slaves can be a daunting task. Oftentimes, genealogists, museum curators and family members have only ancestral stories and hearsay to fill in family trees until forgotten manuscripts are discovered and brought to light. Fortunately for the Museum, sometimes those forgotten records do make their way to us.

For many years, the Museum had two handmade fans made around 1880 by Tobias Scott in the Textile Collection, and although some information had been given with the donation, not much was known about Scott’s life.  The Charleston City Directories listed his employment as first a “laborer” and then as a “fan maker” who resided on Water Street with wife, Christiana.  Later, they moved to 57 St. Philip Street where he continued to make and sell fans. Clearly a master at his trade, a News and Courier article related that Scott sold one of those fans to President Roosevelt during The South Carolina Inter-State and West Indian Exposition. 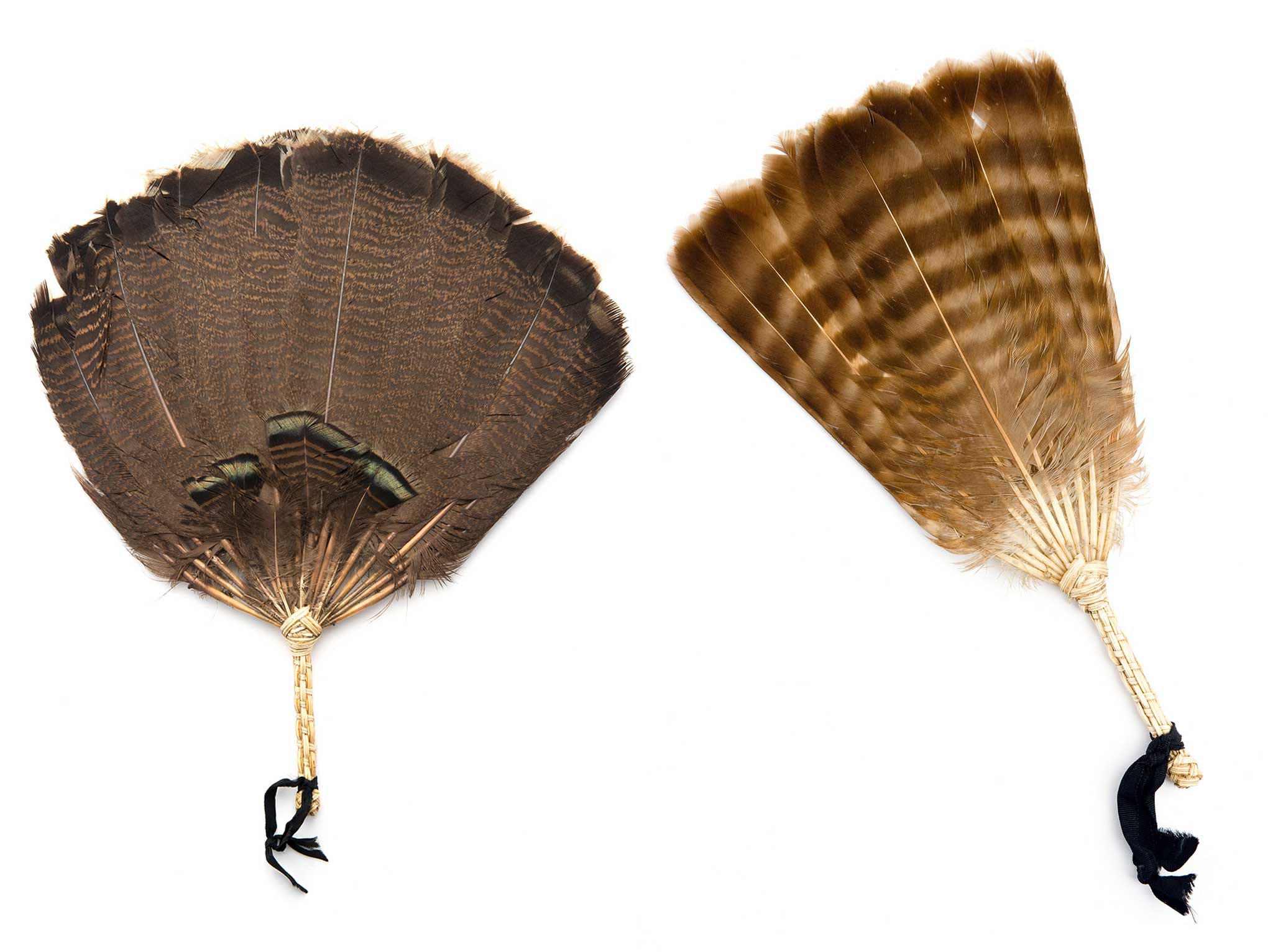 For years, absolutely nothing was known of Christiana and very little was known of their children until recently when a great-great-great granddaughter of Tobias and Christiana discovered his fans featured on our website.  She generously disclosed more of her family’s wonderful history as written down in their family bible, including the first ever known images of them.  Combining the transcribed writings with the information already known, we are able to piece together more of Tobias and Christiana’s early life.

From the Scott family records it appears that both Christiana and Tobias were born into slavery.

Christiana’s mother, Diana “Dido”, a slave on the Rivers Plantation on James Island, purchased her freedom presumably sometime after Christiana was born. Dido later bought her husband’s liberty and “they both took the name of Rivers.” The family record gives further indication of Christiana’s maternal ancestry, stating her grandmother was a “Cherokee Indian Squaw.”  No paternal ancestry is known at this time.

The plantation on which Tobias Scott was born and raised was located on James Island as well. According to family records, his master allowed him to make fans in his spare time and purchase his freedom from the earnings. Sometime after his independence, he met Christiana and they began a family.  Married in 1848, they continued to live on James Island before the family of seven moved into the house they built on Water Street shortly after the Civil War ended. More information was found from the Freedman Bank Records that listed a William C. Scott and the accounts he established in trust for himself, Tobias and Christiana.  William is thought to have been Tobias’s father or possibly an older brother by the Scott family descendants.  No maternal ancestry is known at this time. 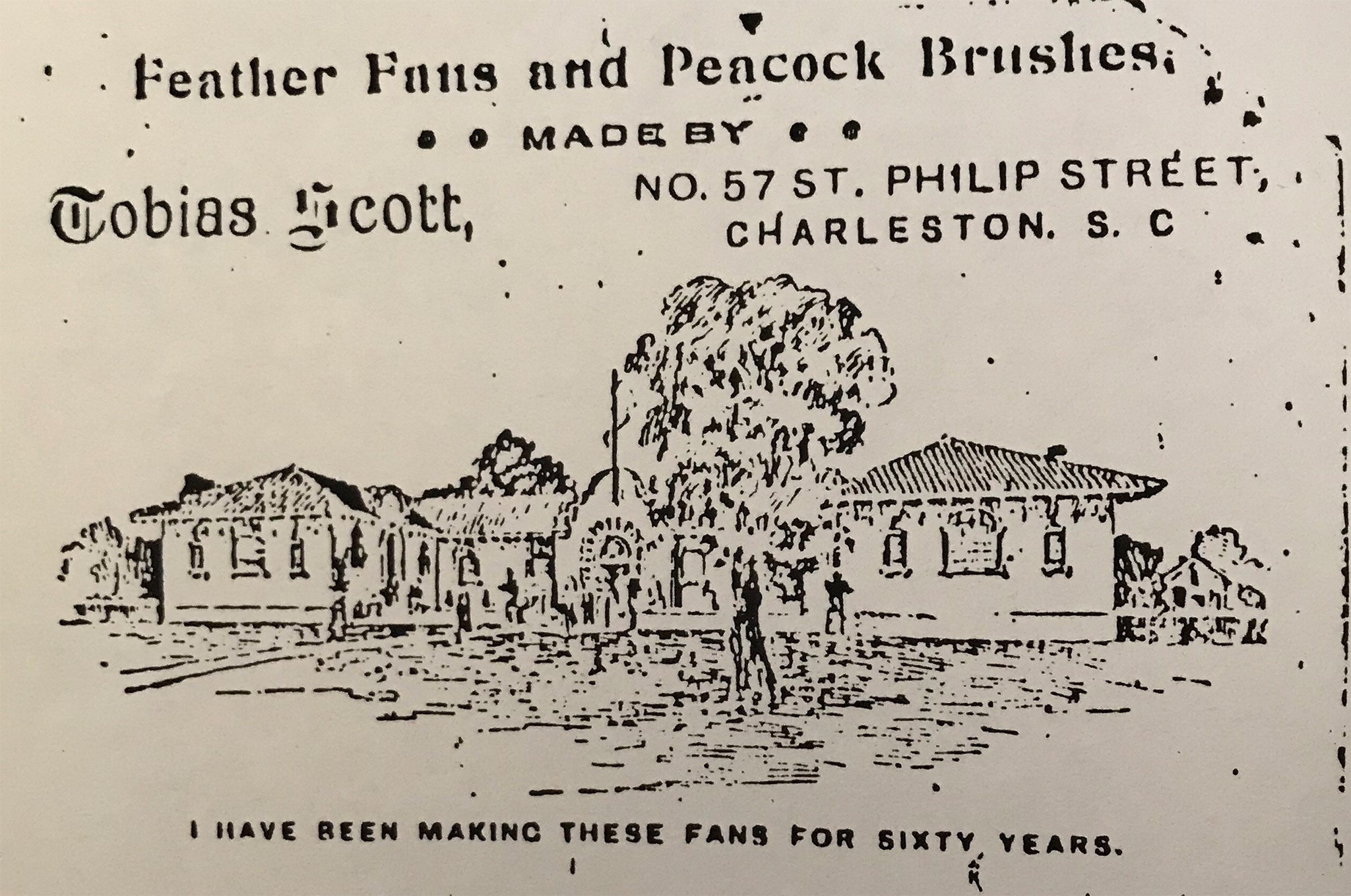 It appears the Scotts continued to call their Water Street residence home until their children were married and out on their own.  By 1898, they are listed at the St. Philip Street address. Little is known of Christiana after Tobias’s death in 1904.

Research on Tobias and Christiana Scott is ongoing.  The Museum is constantly reexamining our collections and the stories that surround them, and in a case like the Tobias Scott fans, new information from descendants can help add context and clarity to an otherwise hidden story. Below, you can take a look at some of the information provided by the Scott Family Bible.

The following births, deaths and marriage are recorded in the Scott Family Bible separately, but have been combined below to aid the reader.

Tobias Scott was married to Christiana on February 3, 1848. There are at least two different maiden names thought to be Christiana’s, “Heeley” and “Harvey.”

Indianna was born during the Civil War on July 14, 1861 but died only fourteen months and twenty-eight days later on October 10, 1862.

Isasia Pinckney was born a few months after Emancipation on April 5, 1863 and lived almost thirteen months, dying on July 3, 1864.

Monimia Richardson, born on August 12, 1869, would be their last child. No death or marriage date is recorded.