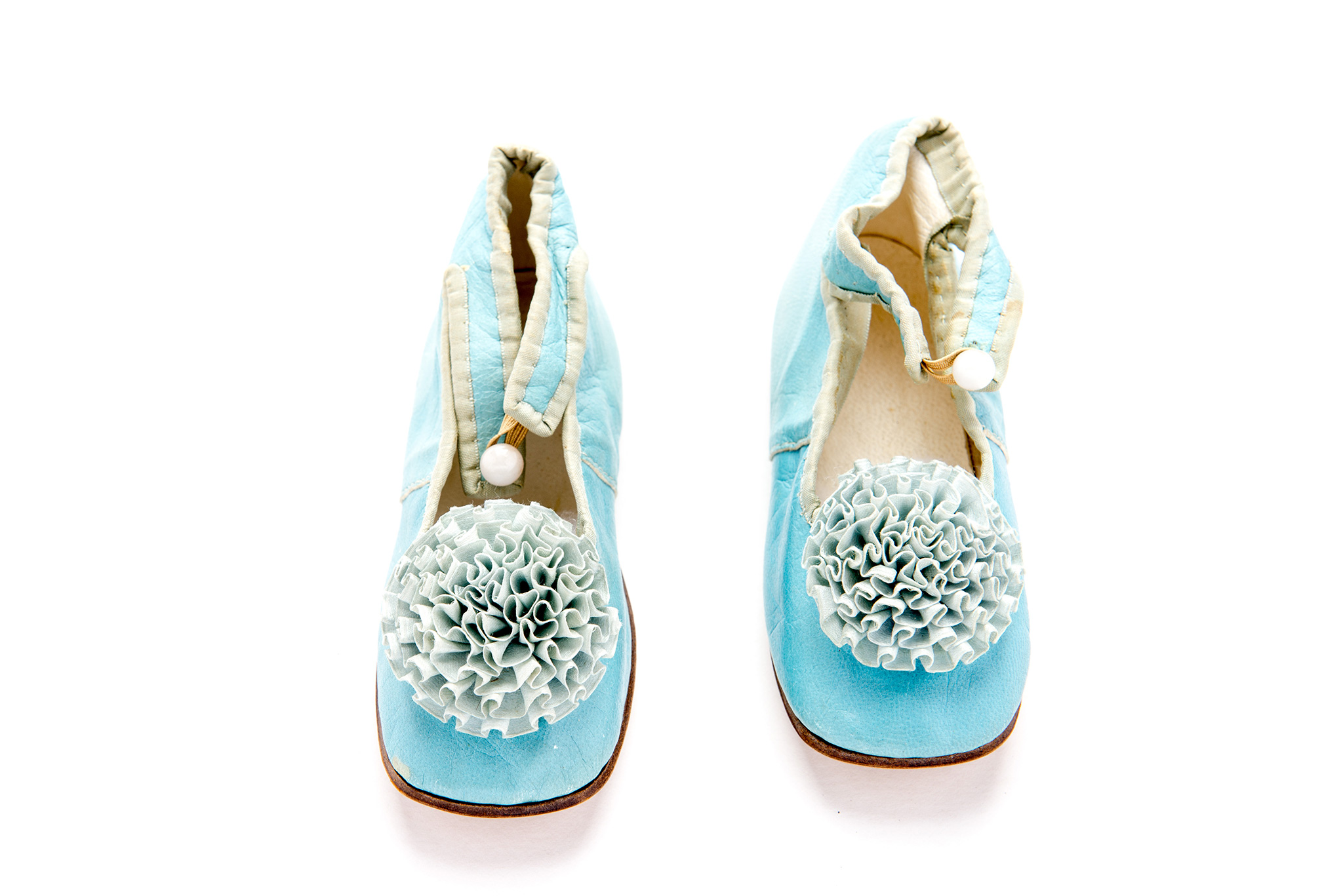 When researching the people who wore the historic clothing in our collection, we often only find their census records and their tombstones, even less if the wearer was a woman. It’s very rare that we can plug their name into Google and come up with hundreds of articles detailing their extraordinary exploits. That’s what happened with the little girl who wore these adorable shoes.

These shoes were worn by Gertrude Sanford Legendre: socialite, environmentalist, explorer, hunter, and spy. Gertrude was born into a prominent family—her father and paternal grandfather were rug magnates and US representatives, and her maternal grandfather was a diplomat and friend of Abraham Lincoln. She debuted into society right at the start of the Roaring Twenties, and her exploits, detailed in her two autobiographies, are straight out of the Gatsby playbook. Their family was close friends with the playwright Philip Barry, who wrote the play Holiday (later a movie starring Katherine Hepburn) based on her and her siblings.

In 1941 her husband, Sidney, enlisted in the Navy, and Gertrude joined the OSS (Office of Strategic Services), which was the precursor to the CIA. In this job she had access to top-secret documents on a daily basis. In 1943 she was transferred to the Central Office of London where she held dinner parties amid air raids. 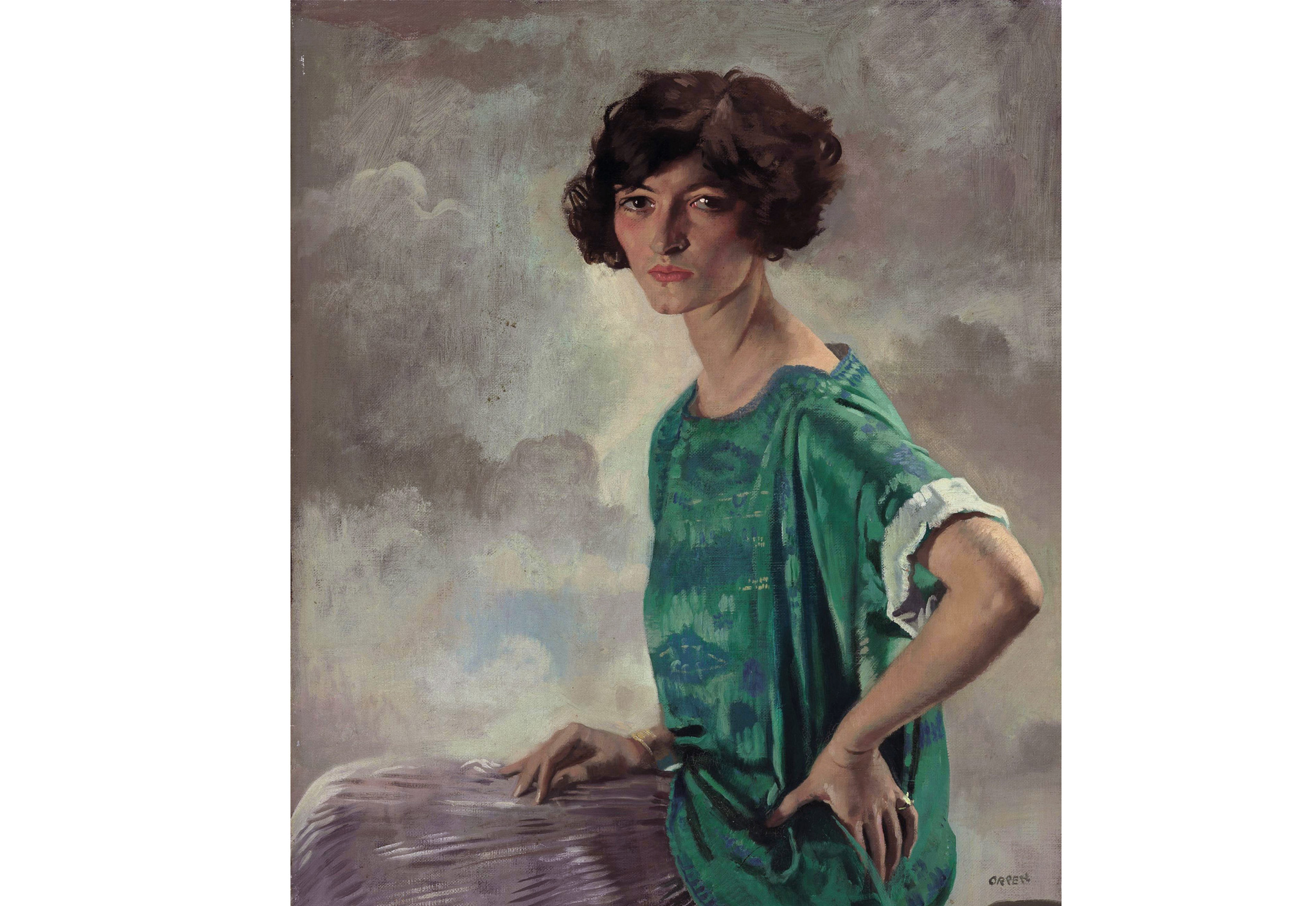 Soon after D-Day, she was transferred to France. At the start of her transfer, during a few days of leave, Gertrude donned a WAC (Women’s Army Corps) uniform and drove out with her friend Lieutenant Commander Bob Jennings to try to find the front. To make a very interesting story short, they were captured by Nazi forces. Gertrude burned all their identification cards and secret documents before the soldiers captured them, and she told the SS that she was simply a low-ranking employee at the US embassy. The sexist views of the soldiers played to her benefit as the German soldiers ultimately believed her story and bragged on the radio about their capture of an elite socialite.

The sexist views of the American military, however, caused them a lot of anxiety. Surely a woman, and one who wore these fabulous Tinkerbell shoes at that, could never withstand questioning and would reveal all the top secret information that passed across her desk. On the contrary, she did not even reveal information she knew to other prisoners, including Charles de Gaulle. She played her part so well and with such charm, that one of her guards eventually helped her escape, putting her on a train to Switzerland. When the train stopped just short of the border, she jumped off and ran, avoiding shouting German soldiers as she fled into neutral territory.

There is a saying about women having to be able to do everything a man does, but backward and in a dress. Gertrude proved that not only could a woman excel at everything a man did, from withstanding Nazis, to taking down big game, to water skiing stunts, she could do it in style. These shoes and the other items the museum has from her wardrobe show that a woman does not have to abandon femininity in order to be strong—she can be strong without changing a thing about herself. Tinkerbell shoes and all.