The Charleston Museum is continuing its commemoration of the Sesquicentennial
of the Civil War with “Our Duty was Quite Arduous”: The Union Encampment on Little Folly Island, 1863- 1865
This original exhibition presents Civil War artifacts recovered by Charleston Museum archaeologists from the beach of “Little Folly Island.” Accelerated erosion caused by Hurricane Hugo in September 1989 uncovered a wealth of materials from the Federal presence there during the Civil War. Most were remarkably preserved and now provide a rare glimpse into the daily lives of Union soldiers, including the 55th and 54th Massachusetts, garrisoned on Folly Island. The following is information about the archaeological digs behind the exhibition. 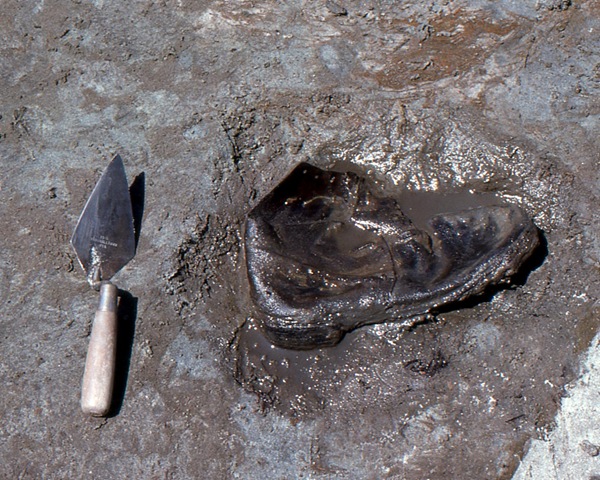 The Folly North Archaeological Project, 1990
Archaeology at the north end of Folly Island, a barrier island just south of the Charleston harbor, began with reports by two concerned citizens of artifacts and bones on the beach. A remarkable array of organic artifacts – leather shoes, rubberized canvas, wood staves, animal bone – were preserved in the pluff mud and exposed by the daily tides. Moreover, these artifacts were disappearing daily. State and Federal agencies were notified, and archaeologists from the Charleston Museum volunteered to excavate and preserve a sample of the materials. Professional archaeologists from across the state and volunteers from local communities assisted with the work.

For two weeks, archaeologists worked at low tide, conducting controlled excavations, marking the location of exposed artifacts, and collecting materials. Twenty-two units were excavated around exposed objects. An additional 57 objects were located and collected from the beach surface. More materials were collected after the formal project concluded.

Following the 1990 project, the area became the property of Charleston County Parks. The park property (22 acres) was surveyed and the remains of Fort Green were identified. Additional materials were collected by Dr. Steve Smith, South Carolina Institute of Archaeology and Anthropology.

The area excavated by The Charleston Museum has since eroded into Lighthouse Creek. A USGS marker behind the dunes in this image is now below the low tide line. 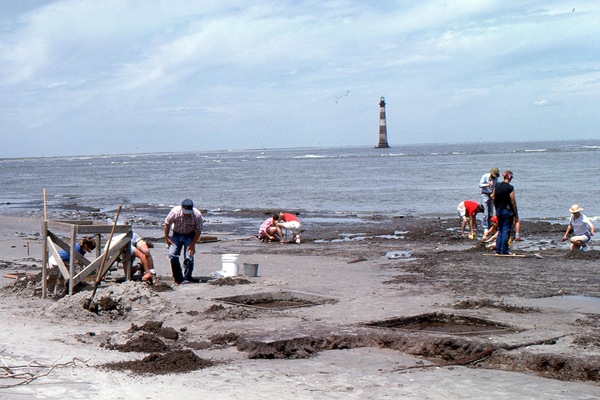 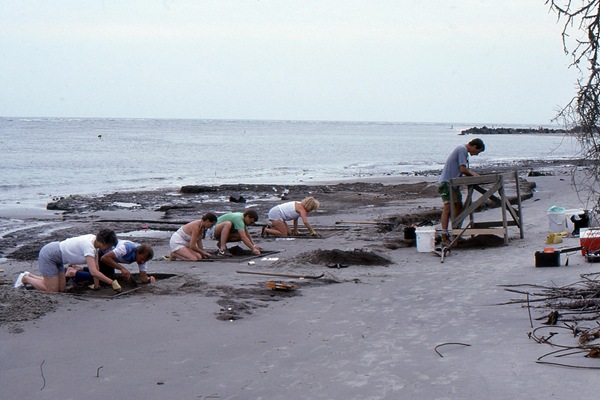 Want to learn more? Check out the book:
Our Duty Was Quite Arduous: History and Archaeology of the Civil War on Little Folly Island, South

Excavations at the Island’s Center, 1987

The Museum’s dig at the north end of the island was not the first archaeological exploration of the Federal occupation of Folly Island. Dr. Steve Smith and Mr. Jim Legg of the South Carolina Institute of Archaeology and Anthropology explored sites in the center of the island in 1987. Dr. Smith later collaborated with Museum archaeologists on the 1990 project.

For two years, Folly Island was occupied by some 11,000 men. This intensive occupation left a tremendous impact on the island. The army constructed fortifications, buildings, and tents. They camped, dug privies, wells and trash pits. They built campfires, cooked meals, and discarded the remains. Contemporary accounts suggest not a tree was left standing. The Army left behind lost and broken equipment of all kinds.

They also left behind soldiers who died in camp, from illness and disease. The dead were interred in small regimental cemeteries. One of these was discovered in 1987, when two citizens reported human remains in a road cut at a development site. The South Carolina Institute of Archaeology and Anthropology removed 17 individuals. After a period of study, the soldiers were reburied with ceremony at Beaufort National Cemetery in Beaufort, SC. The soldiers were members of the 55th Massachusetts Volunteer Infantry and the 1st North Carolina Colored Infantry, known collectively as “Wild’s African Brigade.” 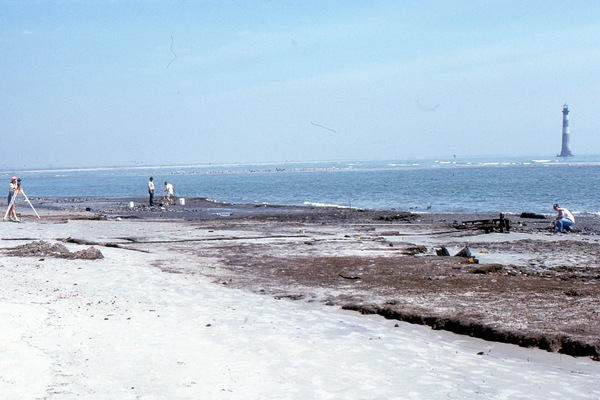 SCIAA archaeologists also located and excavated camp sites in the center of the island, where they recovered artifacts associated with daily camp life. Most dramatic were evidence of shallow-water wells, constructed by digging pits and stacking barrels to form a shaft.

Artifacts from the SCIAA project are also housed at The Charleston Museum and included in our exhibition.

Want to learn ever more? Check out:

Whom We Would Never More See: History and Archaeology Recover the Lives and Deaths of African American Civil War Soldiers on Folly Island, South Carolina by Steven D. Smith, SC Institute of Archaeology and Anthropology. It is out of print but is available in some university and public libraries. 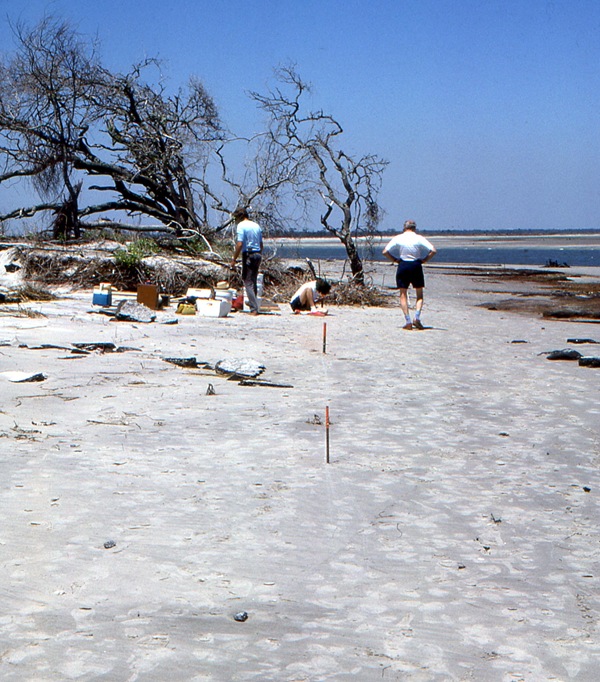