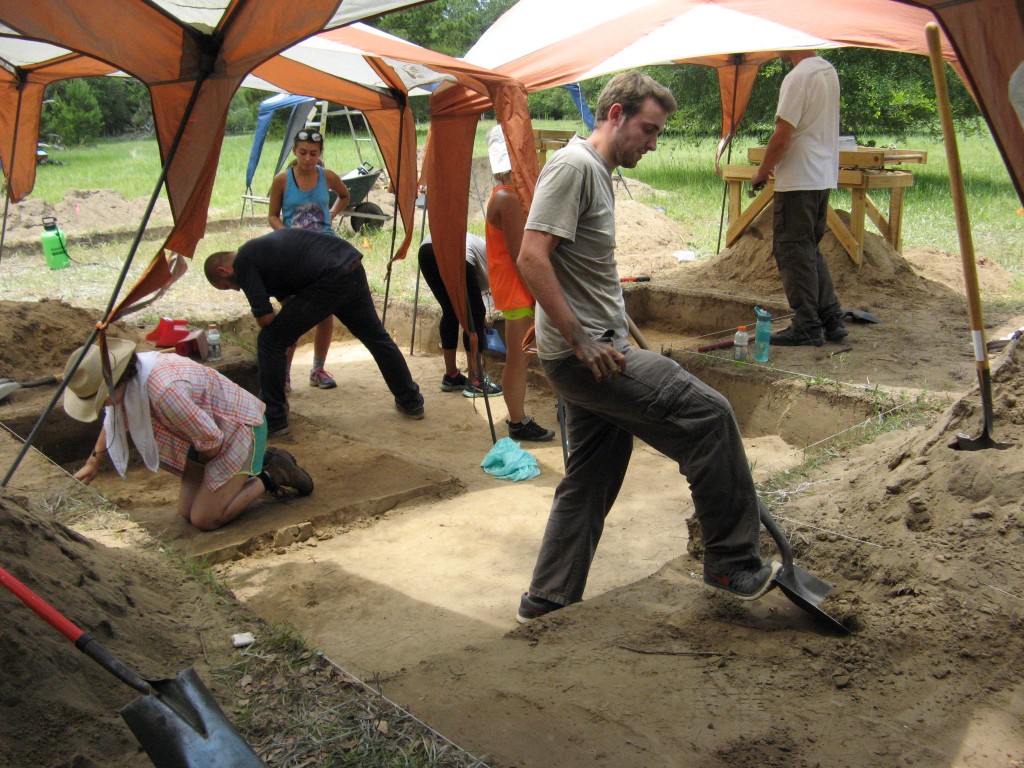 Museum archaeologists joined Dr. Barbara Borg and 14 College of Charleston students for our 7-week archaeological field school this summer. Along the way, we excavated at two Museum properties and worked with colleagues and sister organizations at several others.

The summer began with two weeks of testing at the plantation site located on the southern tract of the Museum’s Dill Sanctuary. This property changed hands many times in the 18th and early 19th century, at one time belonging to the Heyward family. We call it the Rose Plantation, after a detailed plat from 1805, showing a main house, dependencies, and formal garden. Survey of the tract in 1990 revealed some concentrations of materials, and soon our 5’ squares were producing ceramics, nails, brick, glass and shell. We didn’t work long enough to define any buildings, but just long enough to be intrigued. We will certainly be back.

From there, we moved to Hampton Plantation State Park on the Santee River. We have worked with SCPRT archaeologist David Jones for several years, assisting State Parks with research on various properties. This year we tested a new area of the Hampton landscape, with exciting results. The site appears to be the early 18th century Spencer settlement. Watch for more news on this project in the future. 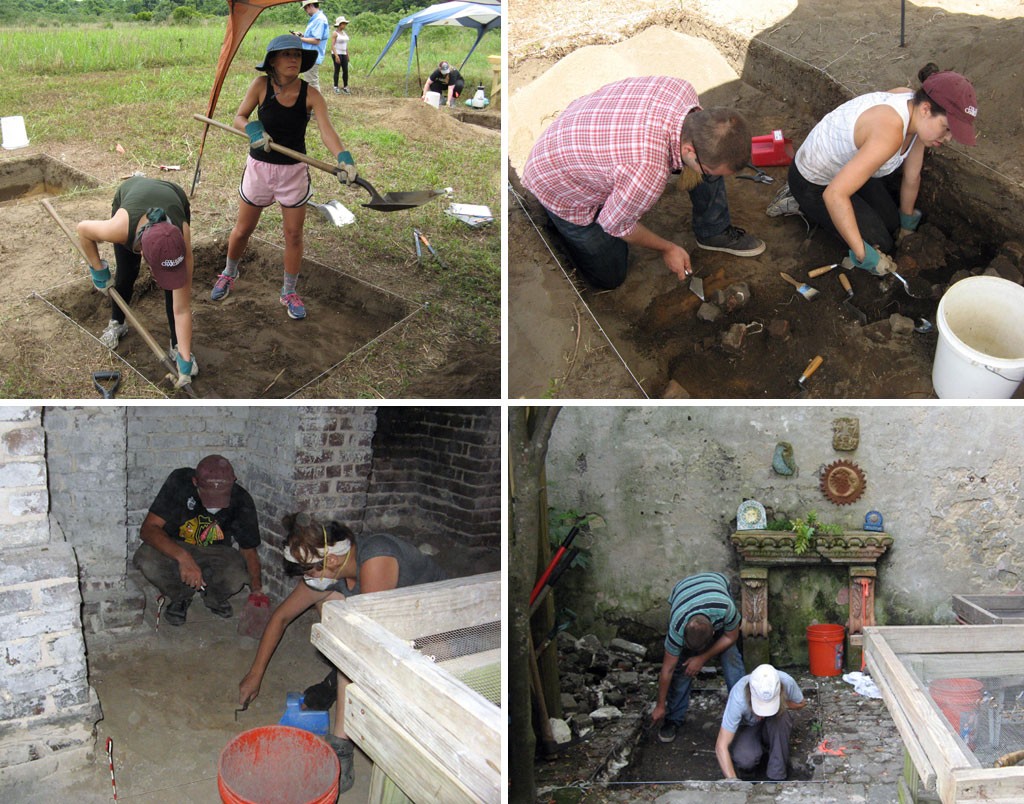 While there, smaller groups of students worked in a number of settings. This variety made the already skilled students quick and flexible. We joined archaeologist Martha Middleton Wallace at her family home across from the Heyward-Washington house. Two small units in the small yard produced an enormous array of data – 12 superimposed soil layers, ranging from the early 18th century to the mid-19th century. From here, we moved to the Museum’s Joseph Manigault house to test the basement and foundation. As many of you know, the Manigault property was seriously impacted by construction and demolition of businesses in the yard areas after the Manigaults’ sale of the property in the 1850s. This compromised the archaeological record around the house. We soon learned that the basement suffered the same fate – all of the cultural soils were removed some time in the 20th century, and only a few artifacts were recovered. We were more successful in our excavations near the brick cistern beneath the south portico. Here we exposed the drain system that fed the cistern and recovered artifacts to date its construction.

We also spent some time at the Aiken-Rhett house, assisting with the digging in the laundry sponsored by Historic Charleston Foundation. And we joined doctoral student Kendy Altizer for her testing at Peachtree plantation, adjoining Hampton plantation on the Santee.

We now have a laboratory full of artifacts to be processed and pondered. We are fortunate that several of the College of Charleston students will continue their studies with laboratory internships this fall. 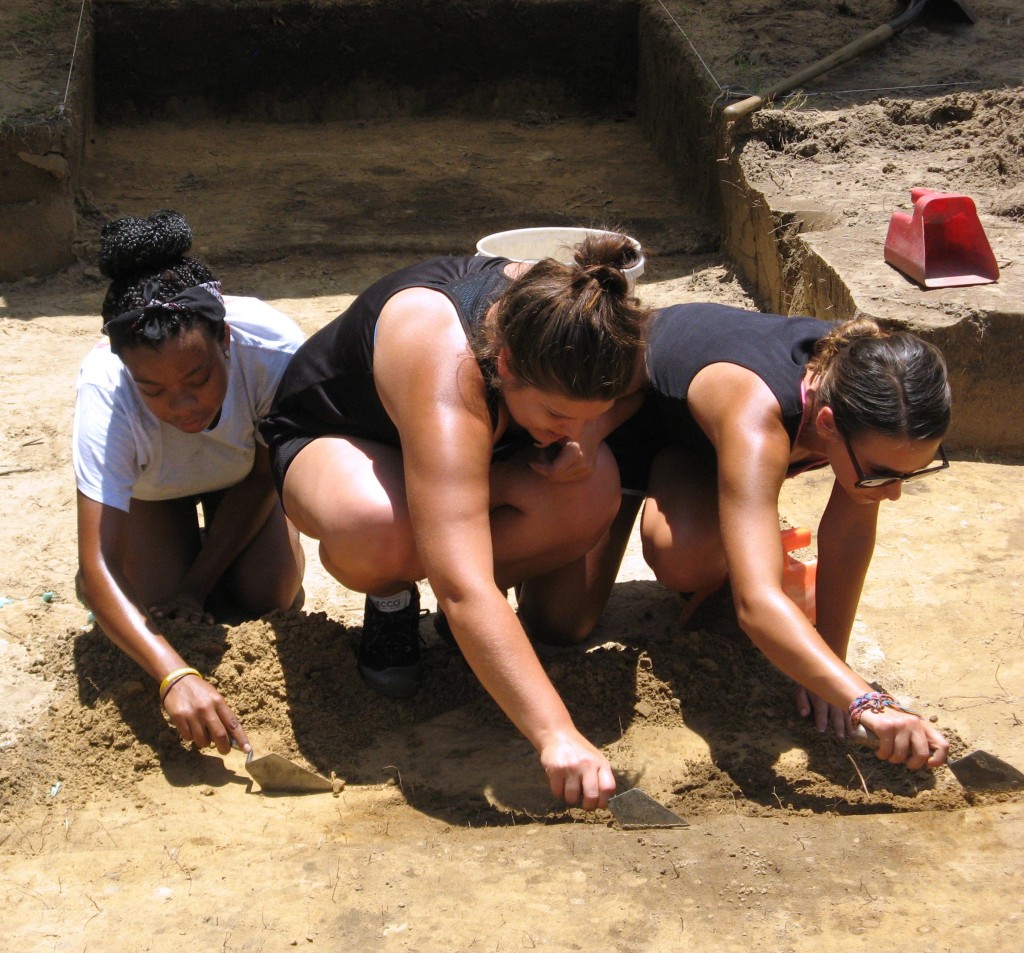