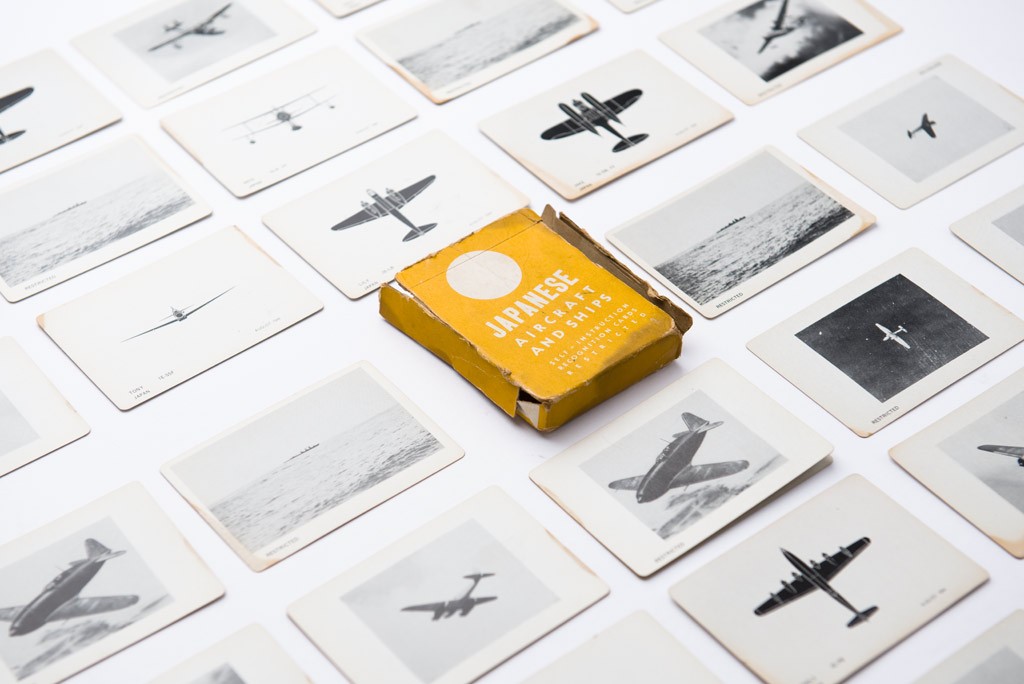 On September 2, 1945, aboard the USS Missouri in Tokyo Bay, the Empire of Japan surrendered to U.S. forces. At long last, World War II was over, and the United States joyously declared V-J (or Victory in Japan) Day.

Although Emperor Hirohito had formally announced capitulation on August 15, 1945, and allied powers had already begun occupying sections of the country, President Harry Truman stated that the official “proclamation of V-J Day must wait” until Japan had signed the terms of surrender. Once that occurred, however, the United States erupted in celebration. 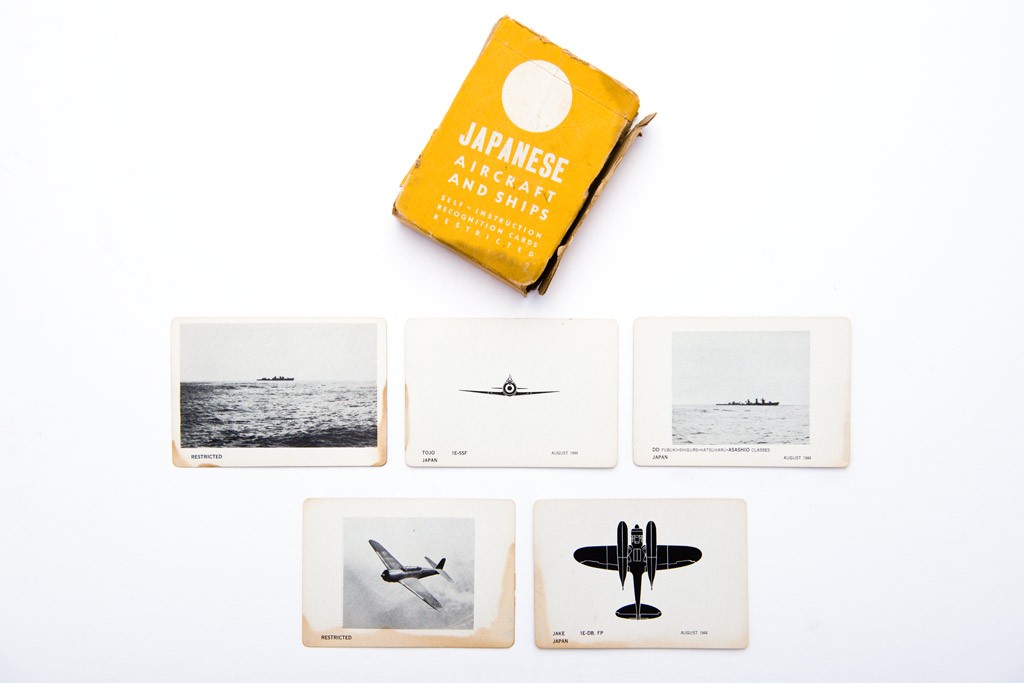 Produced by the United States Navy’s Bureau of Aeronautics, training cards like these helped teach profiles and other recognizable characteristics of enemy Japanese aircraft and ships. With teaching aids such as these, civil defense workers as well as ordinary civilians could learn to recognize a potential threat or possible attack, and thus issue proper warnings. Aircraft cards feature a diagram of a specific plane on one side, while the reverse shows an actual photo. For those with ships, a horizon photo is featured.