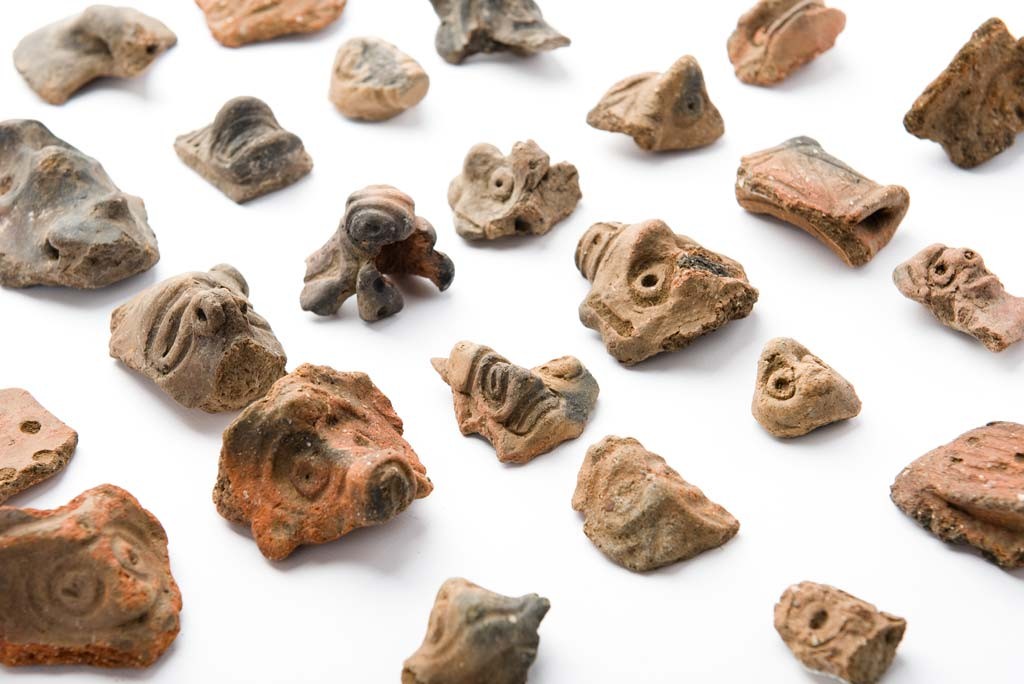 To commemorate International Archaeology Day, October 17, The Charleston Museum presents a collection of Taino pottery from Isle of Cabrit, in Haiti on the Island of Hispaniola. When Christopher Columbus encountered the Americas in Hispaniola, he met the Taino. Taino culture was fully established in the Greater Antilles by a.d. 1200, but most of our knowledge comes from accounts by Columbus’ men and other 16th century explorers.

The Charleston Museum has two small collections of Taino pottery in the Chicoid style from Haiti. The principal collection was donated by Benjamin S. Waring in 1929, who came from Isle of Cabrit, north of Port Au Prince. 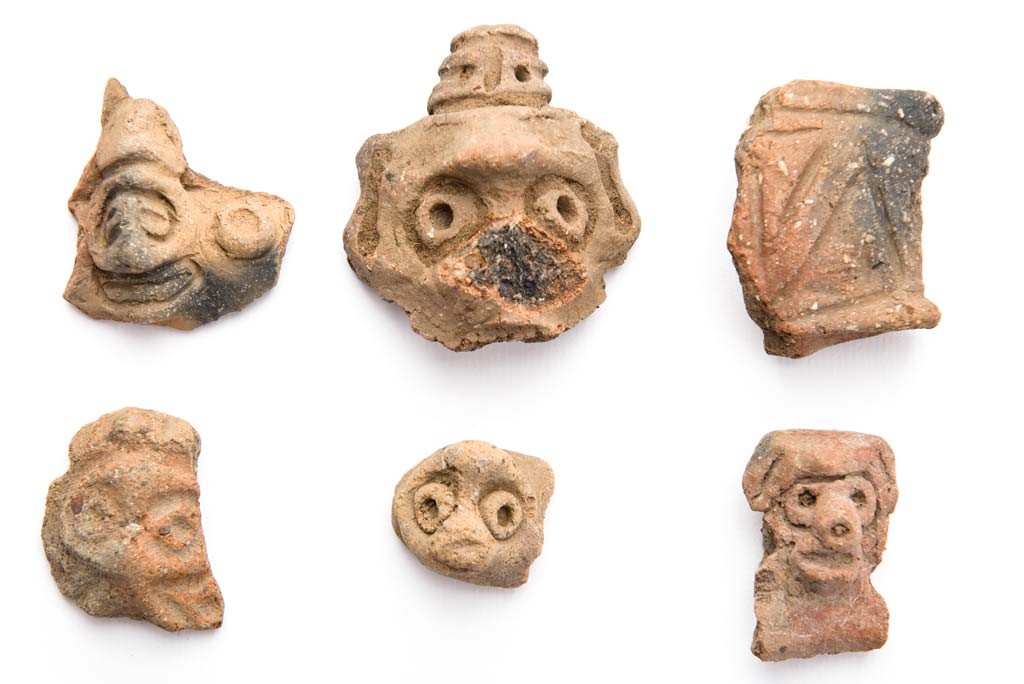 The Taino people of Hispaniola farmed manioc, maize, pineapples, potatoes, beans and squash; engaged in inter-island trade; and lived in villages presided over by Caciques (chiefs). Many villages had central plazas, some associated with the more powerful caciques had ball courts and associated public works such as causeways. Caciques presided over Taino ceremonial activities in the village plazas. Taino mythology was linked to celestial bodies; the sun, moon and selected stars.

The Taino had rich artistic traditions in ceramics, carved wood and textiles. They believed the supernatural world was peopled with zemis (spirit allies) who might be enlisted for various purposes by the privileged people who understood their secrets. The zemi was the all-important contact of the spiritual world. For this reason, the Taino fashioned zemi images on their pottery, ornaments, and furnishings.