PAST EXHIBIT
A certainly odd, albeit eye-catching, form of South Carolina pottery, these alkaline-glazed ring jugs, in fact, did serve a specific purpose for their time. A ceramic canteen of sorts, its doughnut shape played a duel role in not only helping keep the water inside of it cooler, but allowing for carrying straps to be tied firmly around its body. Field workers were the most common users of ring jugs, suspending them from saddles or pack animal harnesses, fence posts, or their own shoulders. It is also rumored that Confederate soldiers carried them. 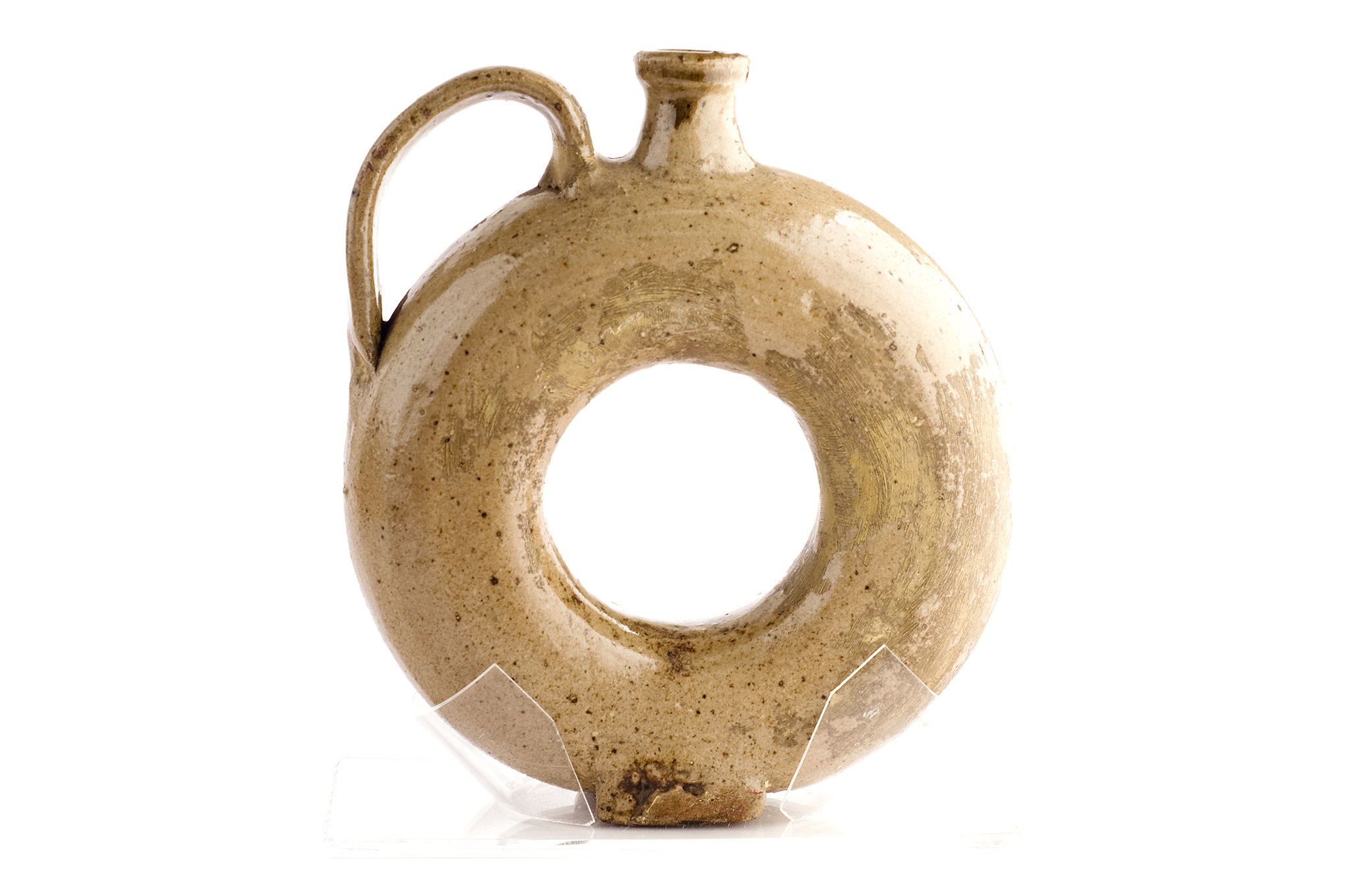 Descending from European forms going back as far as Ancient Greece (and occasionally called by other names like “harvest jug” or “mower’s bottle”), Carolina ring jugs are still being made today many with unique artistic interpretations and alterations of their makers.