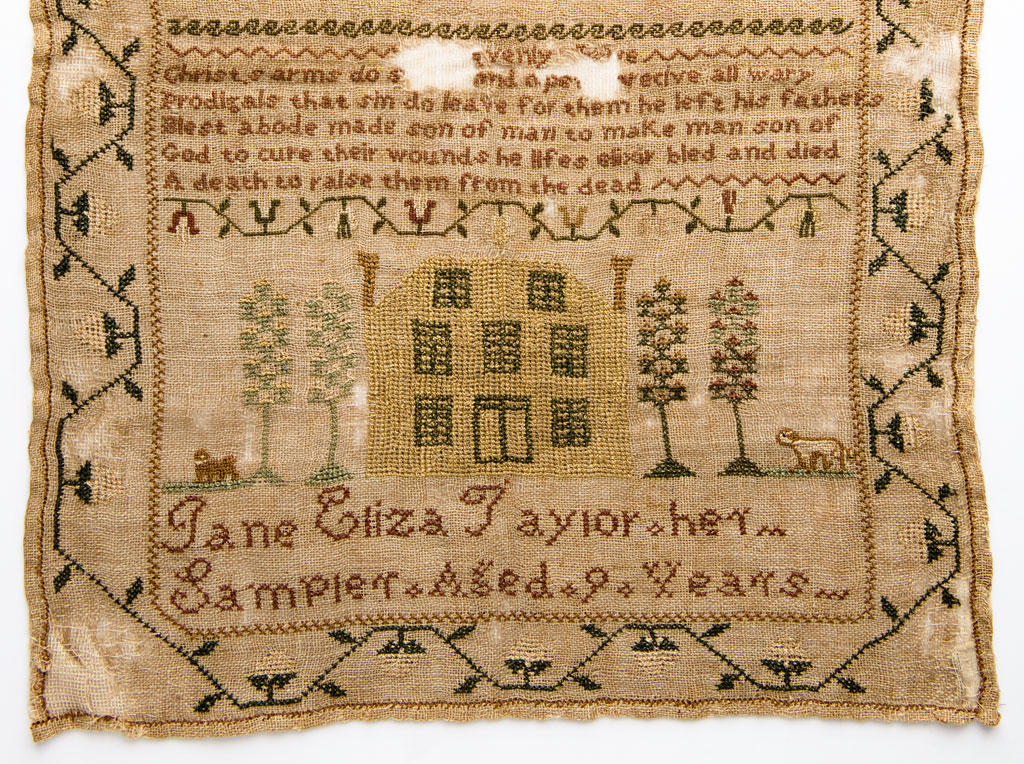 Made by Jane Eliza Taylor at age 9, this schoolgirl sampler is hand-worked on linen with two-ply silk thread. Stitches include cross, square, and eyelet. There is a small alphabet in capital and lower case letters in alternating colors and a larger alphabet in capital letters.

There are three verses: The Fair Lady’s Wish (by Daniel Staniford), Upon Life (by Ann Taylor), and Heavenly Love (by Thomas Dilworth). All were published in hymnals and religious tracts by the time Jane worked on this.

She included a scene of a yellow house flanked with tall trees, a dog and a sheep. Her inscription reads: Jane Eliza Taylor * her Sampler * Aged * 9 * Years. 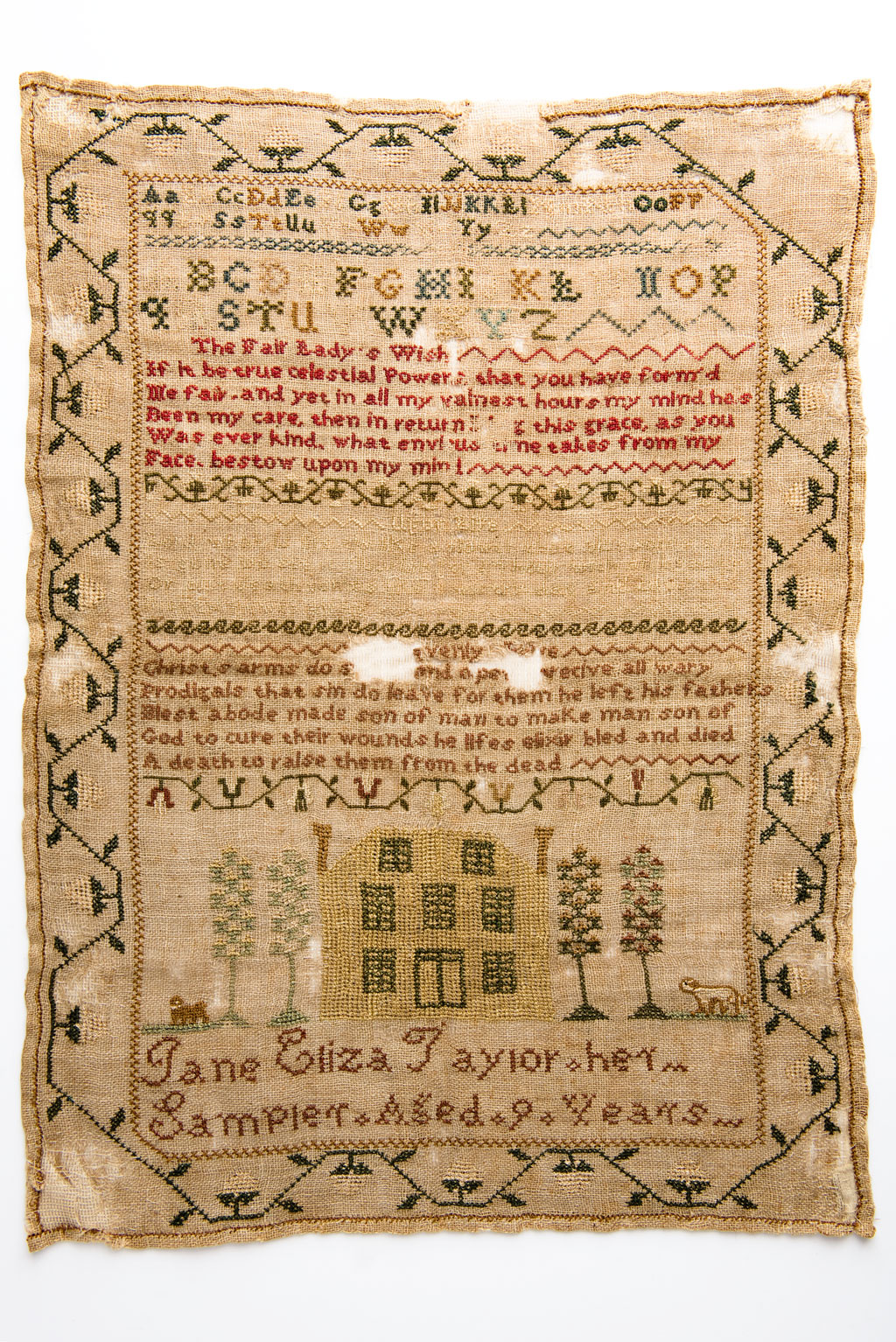 Jane (1804-1842) was the daughter of Josiah Taylor and Mary Stiles Rivers of Columbia. She married Lockwood Alison in 1835. This sampler descended in her family until it was given to the Museum in 1925 by Jane’s grandson’s wife, Joan Baker Williman.

Learning needlework skills was an important part of education for girls. A sampler was usually a young girl’s first proof of this education. It demonstrates knowledge of the alphabet, marking techniques, fancy stitchery and even moral values. Girls could learn these skills from a teacher or at a boarding school, as well as from mothers or relatives. Embroidered initials on textiles were indispensable for sorting laundry as most upper class households sent washable things out to be cleaned. Personal accessories were also often marked or initialed, both to identify ownership and to enhance appearance. Personalized hand-made gifts were popular and appreciated throughout the 19th century.

While young girls in the colonies and early states are known to have worked on these decorative needle projects, Southern examples are relatively rare. Perhaps unfavorable climate, natural disasters, war and economic distress account for this. Nevertheless, the Textile Collection at the Charleston Museum contains over thirty examples, from the earliest known Southern sampler made in 1729 to those made throughout the 19th century.