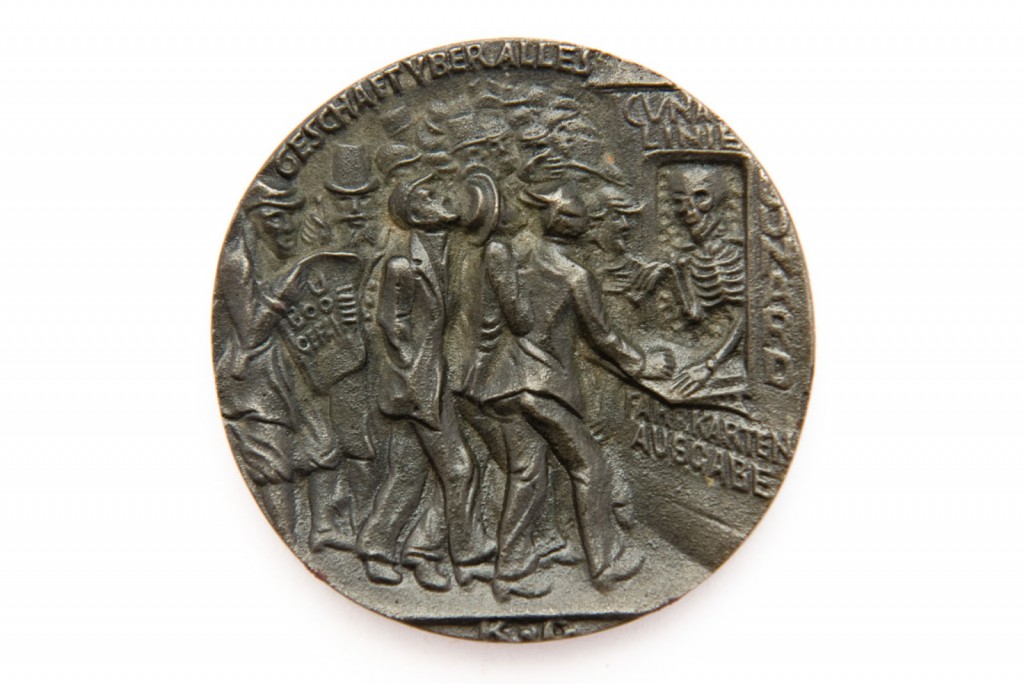 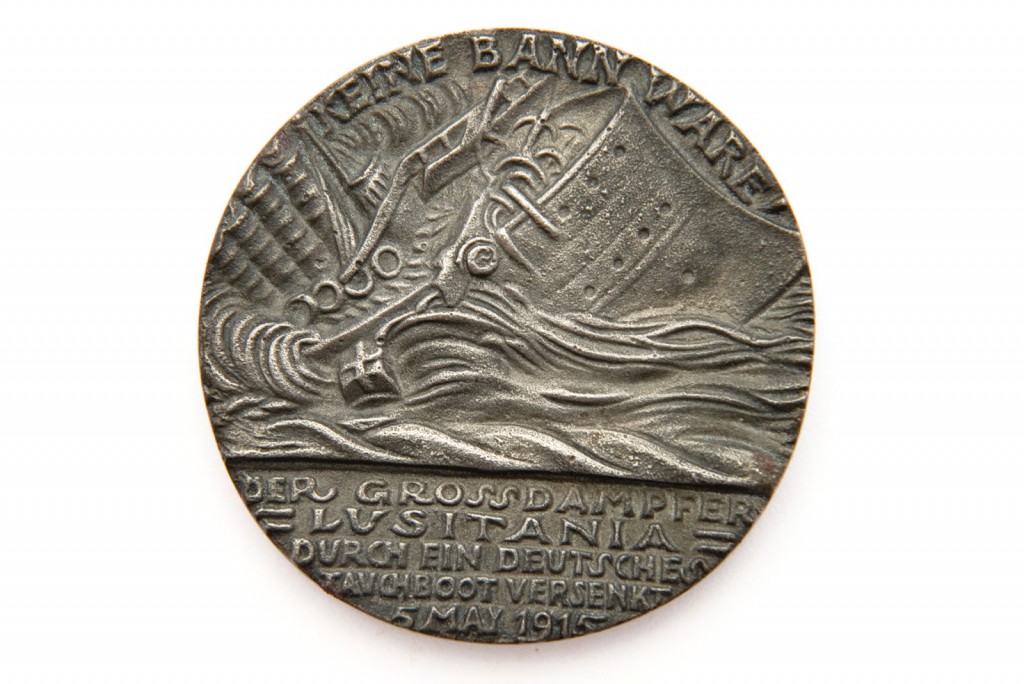 On May 7, 1915, a German submarine torpedoed and sank the British-built luxury liner Lusitania killing more than 1,100 civilian passengers. Claiming the ship was carrying weapons for World War I’s allied forces and was therefore justified in destroying it, German sculptor Karl Goetz set about producing a medal to expose this point.

Unfortunately for Germany, Goetz engraved the wrong date of May 5 on the medal’s obverse, inadvertently predating the Lusitania’s actual sinking by two days. It was a colossal blunder. 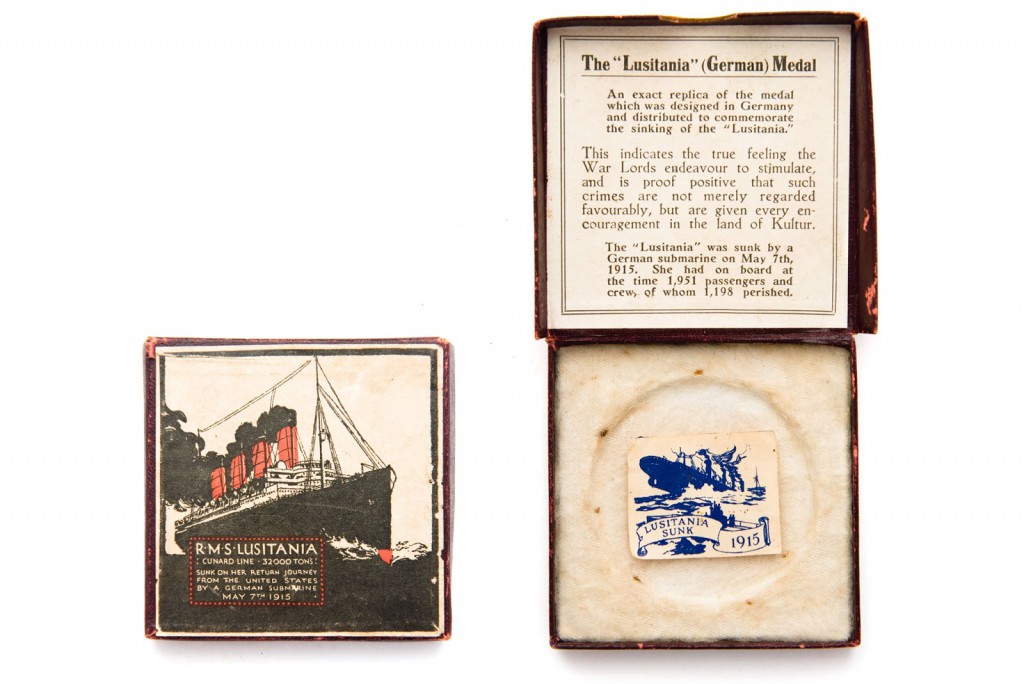 Believing now that Germany’s act was not merely a defensive tactic but a premeditated one, Britain recreated thousands of these medals complete with a printed box and used them to convince otherwise neutral nations (including the United States) that their help was now needed to fight a “common and brutal enemy.”

A copy of the propagandized leaflet with which each of these British-made medals were packaged is also exhibited and describes its details. 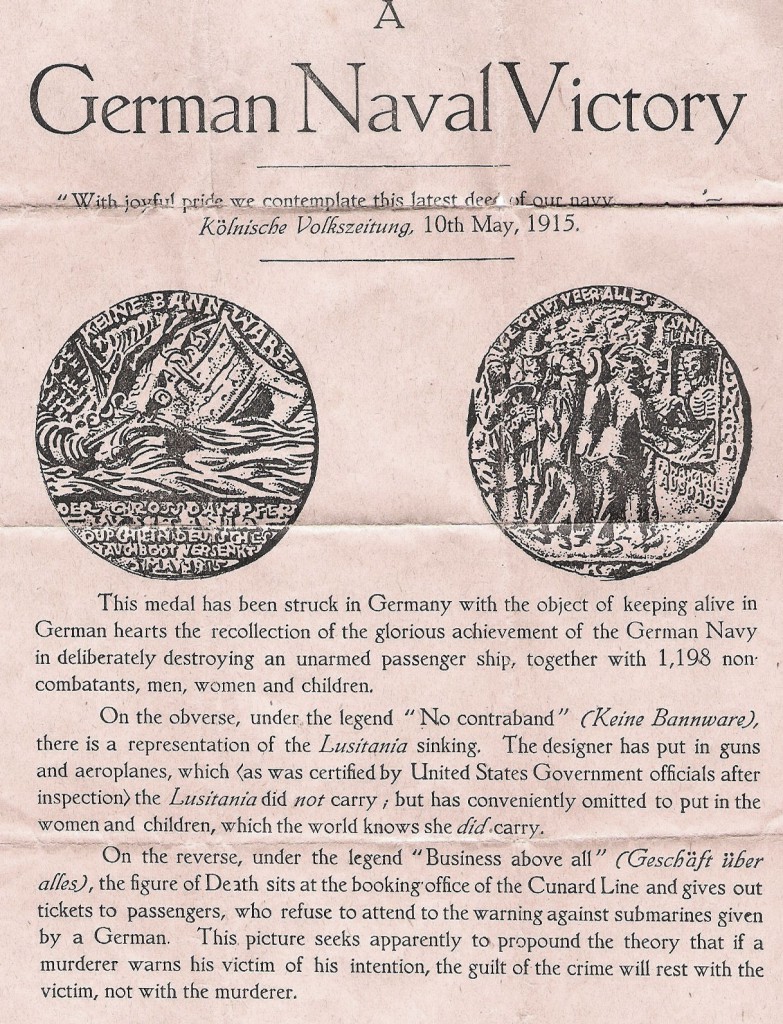