Storeroom Stories: Dr. Félix L’Herminier and the Fossil of Guadelou 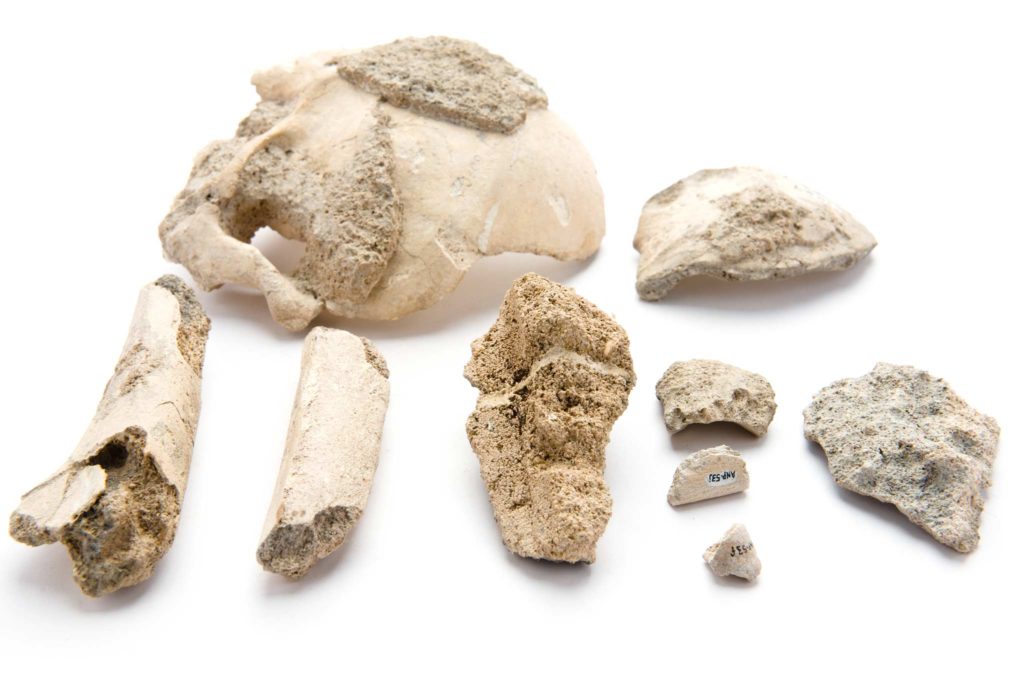 Dr. Félix L’Herminier and the Fossil of Guadeloupe

When a museum is as old as The Charleston Museum, there is ample opportunity for commemorative events.  August 2016 marks the 200th anniversary of the acquisition of a significant artifact, the Fossil of Guadeloupe.  Portions of a fossilized human skull from that island were donated to The Charleston Museum in 1816 by Dr. Félix L’Herminier. The Museum also purchased his extensive collection of mammals, birds, skins, and seeds. The French naturalist then became the first salaried curator of the Museum, a position he occupied for four years before returning to Guadeloupe.

The Fossil of Guadeloupe speaks to the broad connections of Charleston, as well as to the long history of the Museum.  A second Guadeloupe specimen, a skeleton minus the skull, was found on board a French ship captured by the British in 1810.  This find was deposited in the British Museum in 1813.  The specimens attracted a great deal of attention, and were originally believed to be of great antiquity, and therefore a scientific puzzle. Zoology keeper Charles Konig studied the British Museum specimen in 1814 and Dr. James Moultrie published on The Charleston Museum skeleton in 1837.  Naturalist Georges Cuvier studied the specimens in 1830, and determined that they were human bones from relatively recent times, in concentrations of hardened sand.  Interest in the specimens waned, and they and the site fell into oblivion.

A third skeleton was sent to Europe in the early 19th century, and this one was accessioned to the National Museum of Natural History in Paris.  This particular specimen raised the interest of Dr. André Delpuech, Curator of the collections of the Americas at the Musée du quai Branly in Paris. André contacted The Charleston Museum a few years ago, and visited in April during a research trip to the U.S.  He examined our samples, and concurred with a 1985 geological analysis by Dr. Kurt Wise of Harvard University that demonstrated the British Museum and The Charleston Museum specimens are from the same site. André provided us with new details on the life of L’Herminer and the significance of our samples. He also brought us up to speed on the site that produced our fossil two hundred years ago. 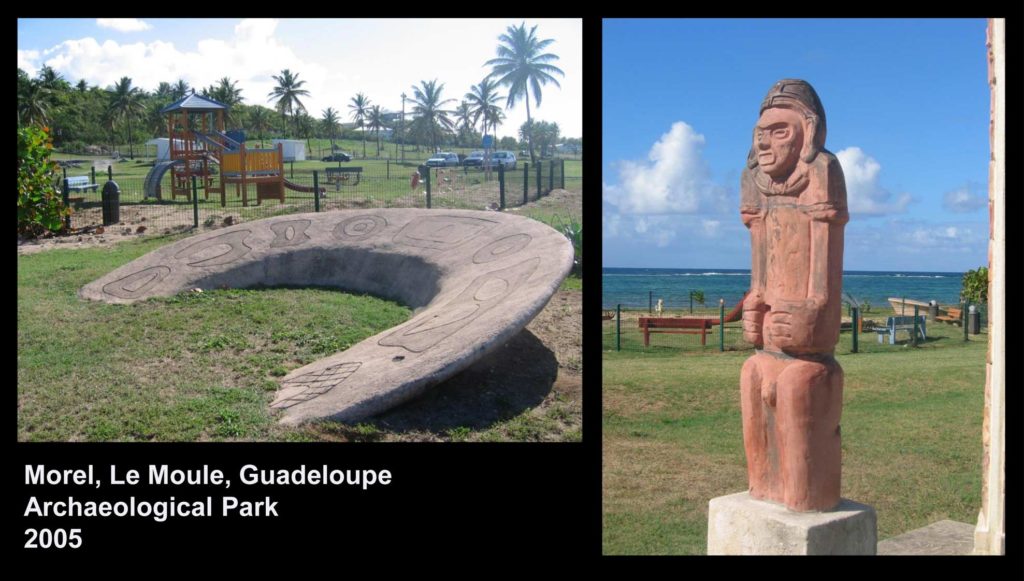 The site, known as Morel, is located on the northeast coast of Guadeloupe.  The site is still intact, but is actively eroding, constantly revealing new finds. Exposed areas were excavated in the 1960s and the 1990s.   Morel has produced multiple skeletons, or burials, as well as pottery and stone artifacts deposited about 2,000 years ago. The burials are trapped in beach rock that calcifies quickly, creating the stone, or “fossil” specimens. In 2005 the site became an archaeological park.

The fossilized fragments will be on display through August in our Storeroom Stories case.  Casts of the fragments are on permanent display in our Early Days gallery.