In the 1920s, the Heyward-Washington House was at risk. Though considered “a preservationist’s nightmare” it was actually a historic property that Charleston could ill afford to lose, particularly its Georgian-style interiors. The house was completed in 1772 for Thomas Heyward Jr. and his new wife Elizabeth Mathews Heyward. The Heywards were staunch patriots during the American Revolution, as Thomas was one of the four South Carolina signers of the Declaration of Independence and Elizabeth actively defied British forces that occupied Charleston in 1781. The house gained further fame as the place where George Washington stayed when he visited Charleston in May 1791 on his tour of the southern United States. What had been a grand city townhouse was now Fuseler’s bakery, with the first floor lowered to street level to create a storefront. The rest of the house, primarily the woodwork, was intact and apparently the target of a collector who had gutted another historic building in the city. Fortunately two organizations – with women at the helm – stepped up to save the house, The Charleston Museum and the Society for the Preservation of Old Dwellings. 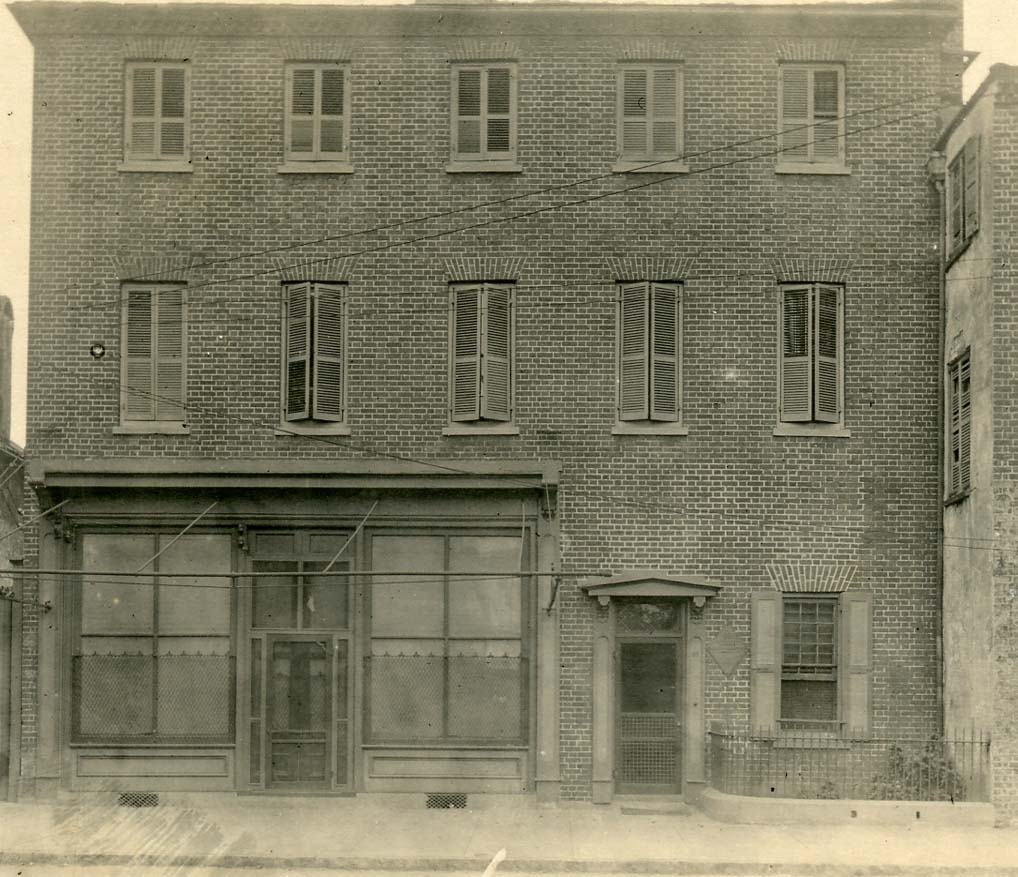 Front view of the Heyward-Washington House when it was operated as a bakery by Henry and Wilimena Fuseler, c. 1923

Hired by Dr. Paul Rea in 1909 to be the Charleston Museum’s Librarian, Laura Bragg was soon promoted to curator of books and public instruction. Bragg saw herself as an educator and social missionary, and used her position to cross both racial and class lines with her educational program – Bragg Boxes – the first in a southern museum. In October 1920, Bragg was named director of The Charleston Museum and became the first woman in the country to hold this position at a publicly supported museum. She was instrumental in the purchase and restoration of the Heyward-Washington House.

It was a $500 donation that formed the foundation for the first house museum in Charleston. This donation came from New Englander Frances Emerson, whose architect husband knew Albert Simons, the local preservation expert. Emerson became interested in preserving Charleston architecture as a result of a recent visit to the city. In the following years, the couple became important backers of preservation initiatives in Charleston. Frances Emerson gave Simons a check, which he then turned over to Bragg. It was this gift and Bragg’s preservation efforts that persuaded the Museum’s Board of Trustees to have Bragg take an option on the Heyward-Washington House. 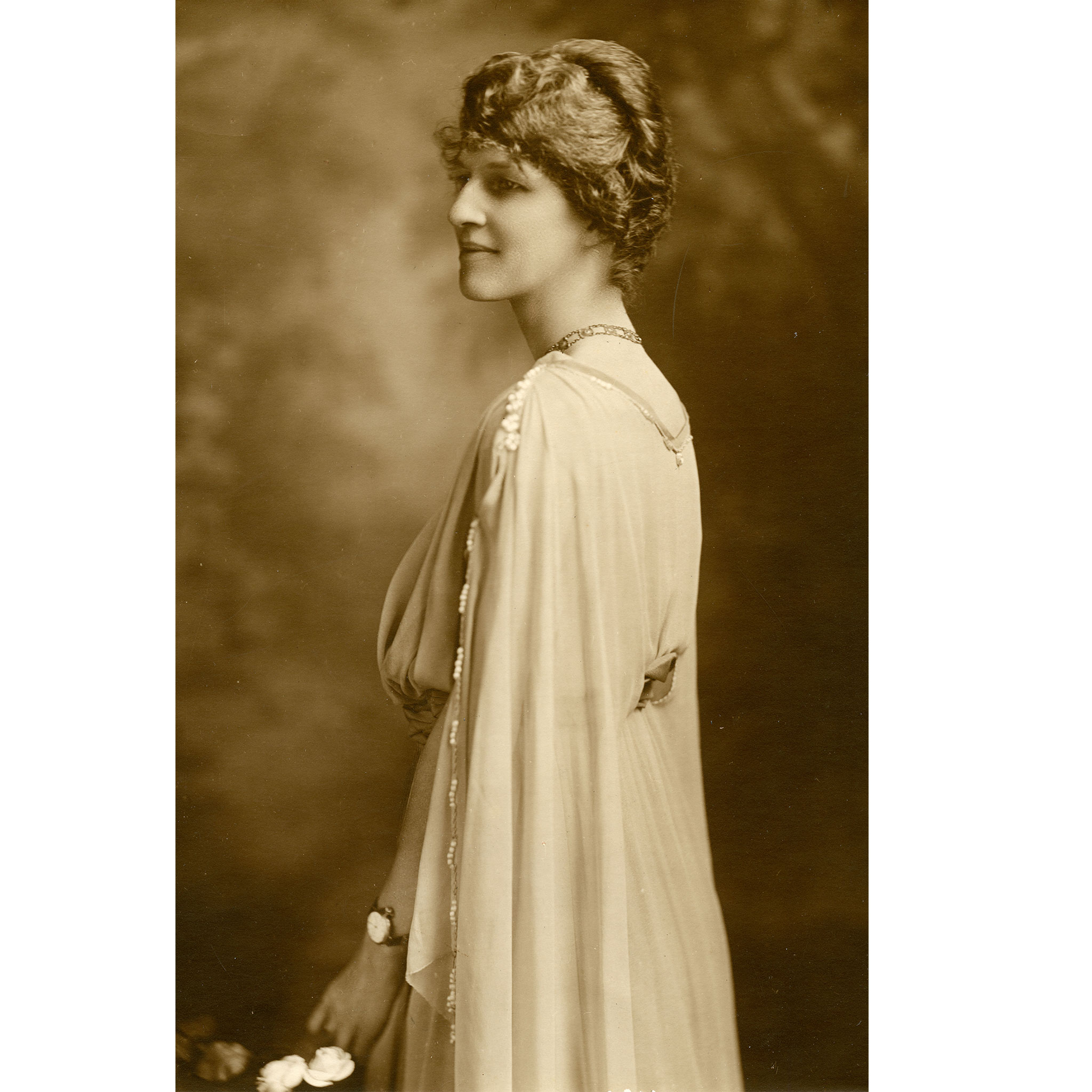 The house was purchased through the combined efforts of Bragg as the Museum’s director, The Society for the Preservation of Old Dwellings, and Albert Simons with a down payment of $10,000, with the local chapter of the Society of the Cincinnati contributing $2,500 toward this effort.  Bragg sought donations from Museum supporters and others to make payments on the principal and interest.

Simons headed up the restoration of the home and called it the most satisfying of his career, partly because of Bragg, who he said was “extremely cooperative and pleasant to work with.” By January 1931, the house was opened for visitors, with furniture borrowed from several antique dealers. Members of the Society for the Preservation of Old Dwellings donated period furnishings that filled the second-floor rooms. Josephine Pinckney loaned the Museum a rug for the drawing room, while Bragg looked for curtains to hang. According to an essay written by Bragg the same year that the house tours began, “people are perennially unsatisfied unless they are able to penetrate what seems…to be the heart of Charleston life, that is, the interior of its homes.”

The Society for the Preservation of Old Dwellings, now known as the Preservation Society of Charleston, is the oldest community-based historic preservation organization in the United States. Founded in 1920 by Susan Pringle Frost, this group was dedicated to the preservation of historic homes and instrumental in rescuing many such structures in the city. Frost, recognized as Charleston first female real estate agent, was also an early advocate of zoning to preserve old iron- and woodwork, and championed Charleston’s zoning ordinance of 1931, which created the nation’s first historic district.  Under her leadership, the Society raised significant funds toward the purchase of the Heyward-Washington House and subsequent mortgage payments.

Though Frost felt the Society for the Preservation of Old Dwellings was already too overextended with the Joseph Manigault House and other properties to get involved with the Heyward-Washington House, she did so anyway, and without her organization and advocacy, the support to save the house might not have taken place.