News and EventsVirtual ToursPelagornis – The Largest Flying Bird in the World

Pelagornis – The Largest Flying Bird in the World 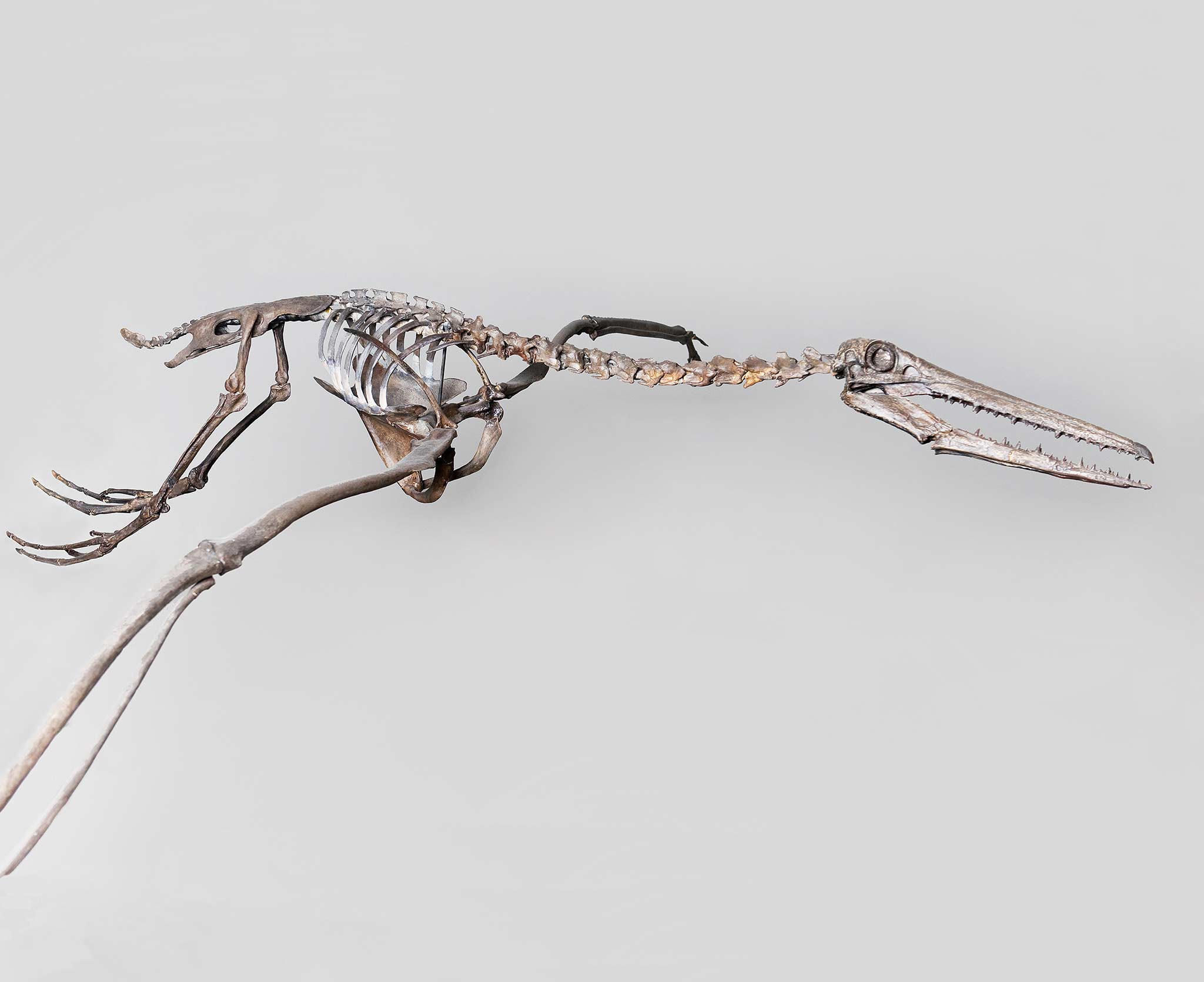 Pelagornis – The Largest Flying Bird in the World

Whales are not the only well-preserved fossils from the Oligocene epoch in the Museum’s collections. It is also home to the largest bird ever capable of flight, the Pelagornis sandersi. P. sandersi, or Pelagornis. One of the false–toothed bird, or pseudodontorns (sudo-DON-torns), this extinct group has anatomical features, such as a hinged and expandable lower jaw, which previously prompted scientists to group them with pelicans and seabirds. More recent studies, however, suggest they are actually more closely related to water fowl like ducks and geese.

Despite similarities to other living relatives, pelagornithids (pela-GORN-ith-ids) including Pelagornis, are a distinct group with characteristics that markedly differentiate them from their modern cousins. The most obvious unique trait is the bony, tooth-like projections on their upper and lower jaws, from which they earn their name. These bony spikes would have served a similar role to teeth and aided these gliding coastal birds in catching slippery prey swimming near the ocean surface. Pelagornis needed this adaptation, as it was unable to land in or take off from water.