News and EventsGeneral NewsNew Whale on the Block, Ankylorhiza

New Whale on the Block, Ankylorhiza 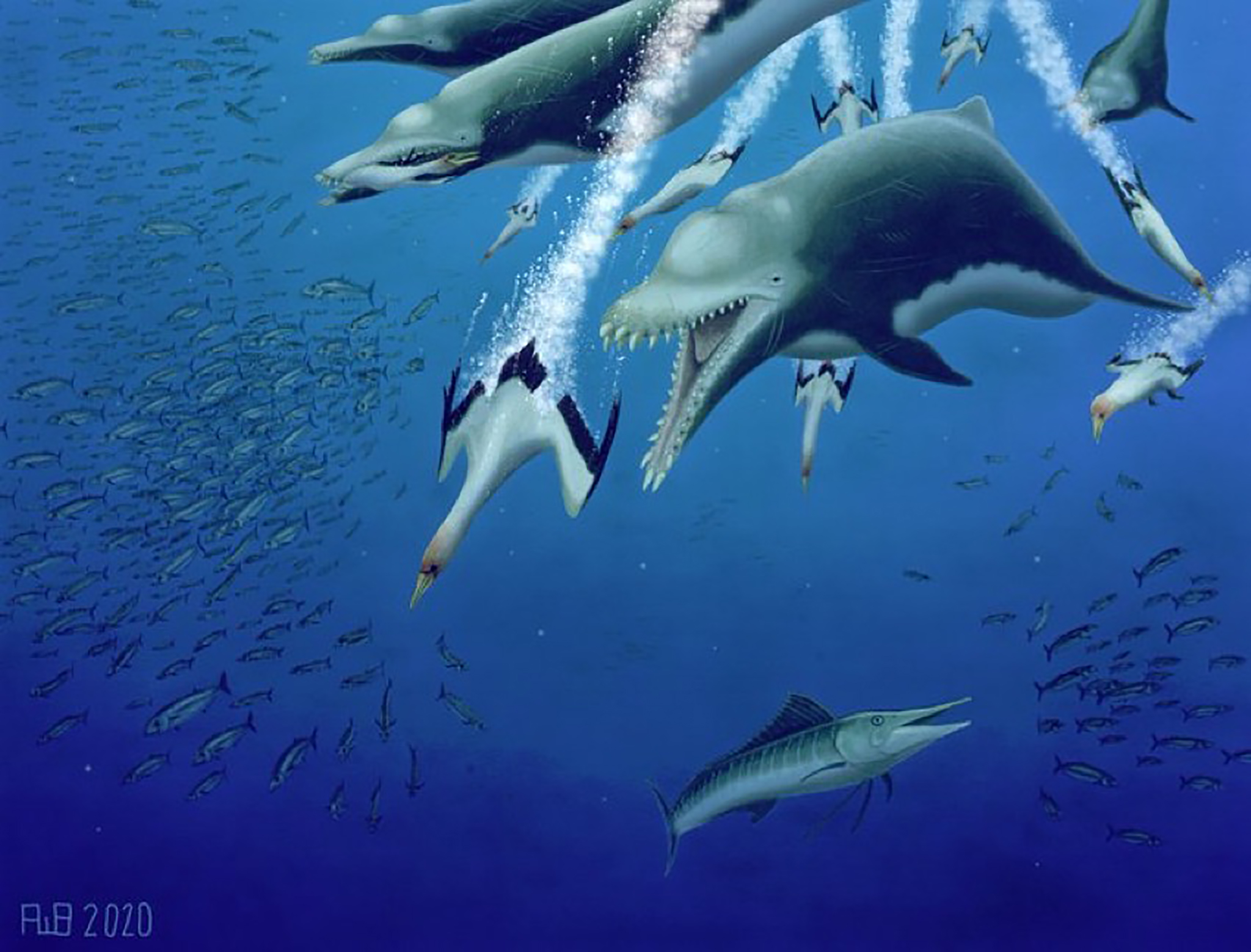 The Charleston Museum Natural History collection contains many specimens that are types or individuals for which a species is designated. Type specimens are used for comparisons that typically result in building and changing phylogenetic trees, known commonly as “trees of life.” It may take decades between discovery and excavation of a new fossil species to its eventual publication and acceptance. Over the past 6 years, The Charleston Museum has had several specimens designated as types or referred to newly described species. One such example was Pelagornis sandersi, which along with being a new species is also the largest bird capable of flight described to date (Ksepka, 2014).

As the Lowcountry has been submerged beneath the Atlantic at several points in the prehistoric past, many of the new species from the area are marine. Ongoing research is particularly focused on cetaceans (whales) and how their general body plan has changed as they evolved from terrestrial, or land-dwelling, ancestors. The most primitive whales recovered from the Lowcountry are very different from their modern counterparts. One such example is Tupelocetus palmeri, described in 2019 by Natural History curator Matthew Gibson and his colleagues (Gibson et al. 2019). Unlike modern whales, T. palmeri, had a nasal opening on its snout rather than a blowhole on the top of its head. Additionally, it lacked traits suggestive of echolocation and likely relied more on sight for hunting. Similarly, aged primitive whales, known as archaeocetes, also had hind limbs and other primitive characteristics held over from their land-based ancestors. 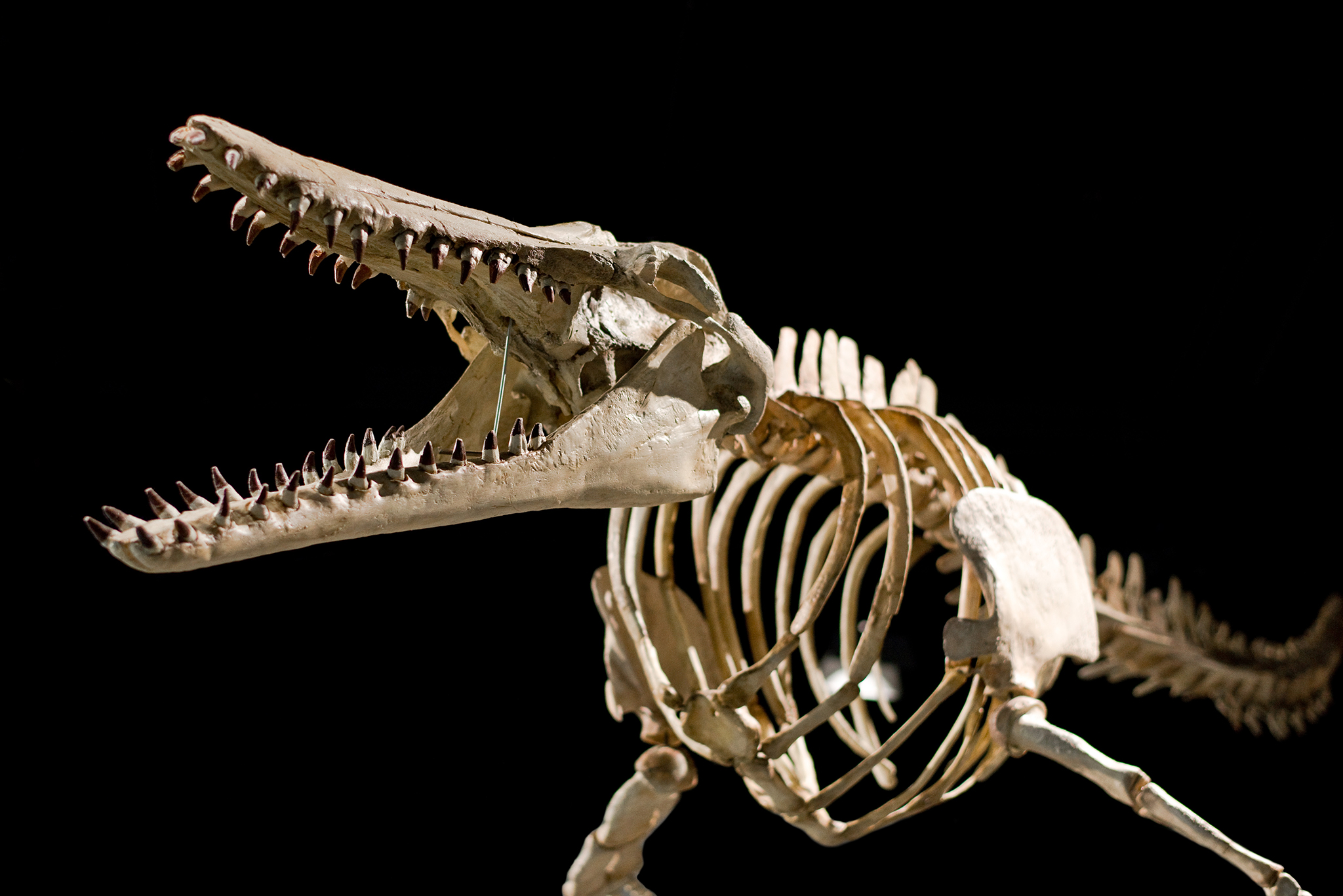 Ankylorhiza sp. A replica of Ankylorhiza. Collection of The Charleston Museum.

Most recently a new whale, Ankylorhiza tiedemani, was described by Robert Bossenecker, Adjunct Lecturer at the College of Charleston, and his colleagues earlier this summer. A. tiedemani is more adapted to marine life than the archaeocetes, and yet still retains some primitive traits that modern whales do not possess. Most likely fulfilling a similar role in its environment as killer whales, A. tiedemani would have been an apex predator in the Lowcountry when it was alive approximately 28 – 26 million years ago. This whale was known well before this publication, however. In the 1800s a specimen was collected from South Carolina and donated to the American Museum of Natural History, then described as “Squalodon” tiedemani. Bossenecker et al. (2020) reevaluated that specimen along with an individual housed at the Mace Brown Museum of Natural History as well as one housed within The Charleston Museum. By studying all of these individuals they determined that the “Squalodon” designation was incorrect and these whales were different enough to have their own new genus, Ankylorhiza. The American Museum and Mace Brown Museum specimens were both designated Ankylorhiza tiedemani. The Charleston Museum specimen was determined to also be within the genus Ankylorhiza, but is potentially a different species within that genus. Due to this, it is simply referred to as Ankylorhiza sp. A replica of Ankylorhiza hangs in the Museum’s Bunting Natural History Gallery.

It may seem odd that specimens of  P. sandersi, T. palmeri, and A. tiedemani were known about for decades, however were only recently described as new species. This is not an uncommon occurrence as the formalization process is often a time consuming one. Even if a fossil is obviously unique, it can take a long time for someone who specializes in a particular animal or plant group to learn of the fossil’s existence. Not all biologists are as equally versed in every single organismal group. This is similar to how different medical doctors specialize in different organs. Once a specialist learns of the fossil, the arduous process of collecting data from the fossils begins. This data can then be compared to known similar species to determine if the new fossil does represent something new to science. If the data suggests the fossils are different enough, then a formal publication can be submitted and reviewed by other scientists. This process can take a few months to years. Although that may seem like a long time, it is important to scrutinize the data to ensure that the information presented is as accurate as possible. Once all of this has been done, the new species is then recognized by the scientific community. 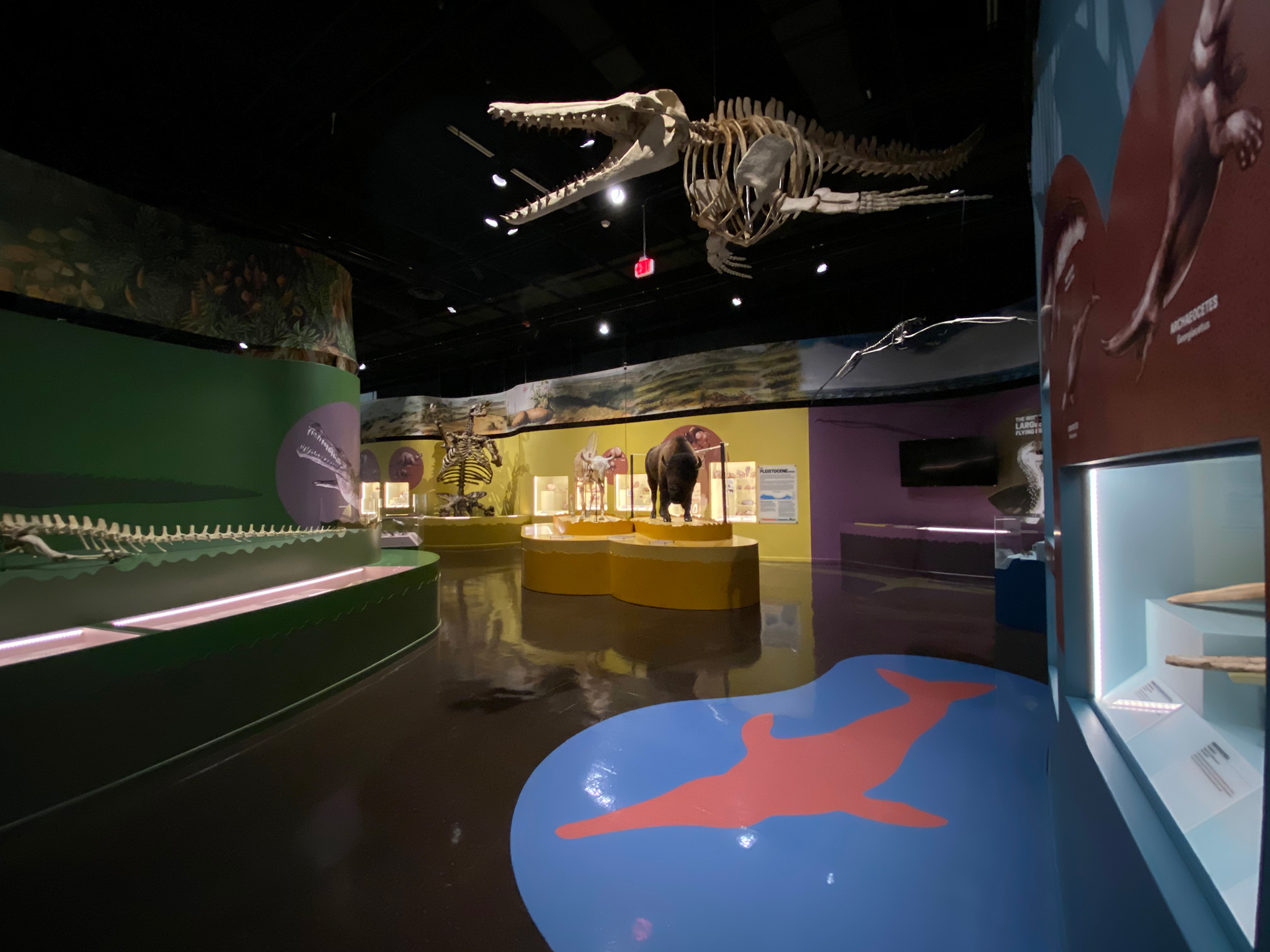 Ankylorhiza sp. A replica of Ankylorhiza, and its shadow, in the Museum’s Bunting Natural History Gallery.

Prior to computers, the process was even more time consuming and more prone to potential bias. Additionally, some important characteristics that the human eye may not recognize would potentially go unnoticed. More advanced data processing has led to shifts in relationships between organisms, and the potential renaming of species. As technology continues to advance, even more relations will be solidified or changed, similar to what occurred with “Squalodon” and Ankylorhiza. This more mathematical approach will result in a more accurate understanding of the relationships between organisms through time.