News and EventsGeneral NewsLaura Bragg: Librarian, Educator and Director of The Charleston Museum

Laura Bragg: Librarian, Educator and Director of The Charleston Museum 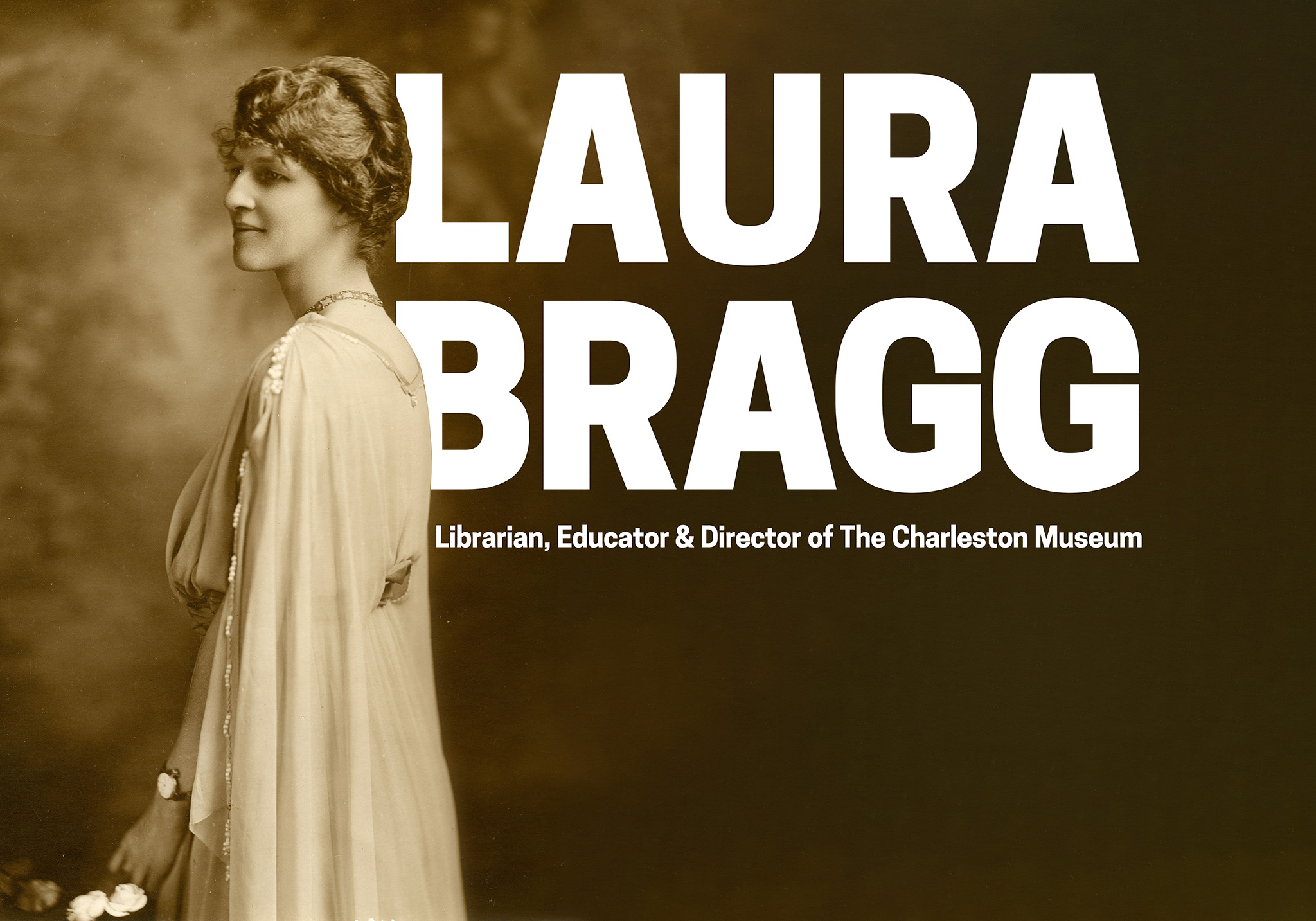 Museums equalize the opportunities between the rich and the poor.

Initially hired as a librarian at the Museum in 1909, Laura Bragg (1881-1978) eventually became its director, making her the first woman to ever lead a publicly funded museum in the United States. Taking its helm in 1920, she created the Charleston Free Library, planned and installed exhibits, collected from near and far, and opened the Museum to all. 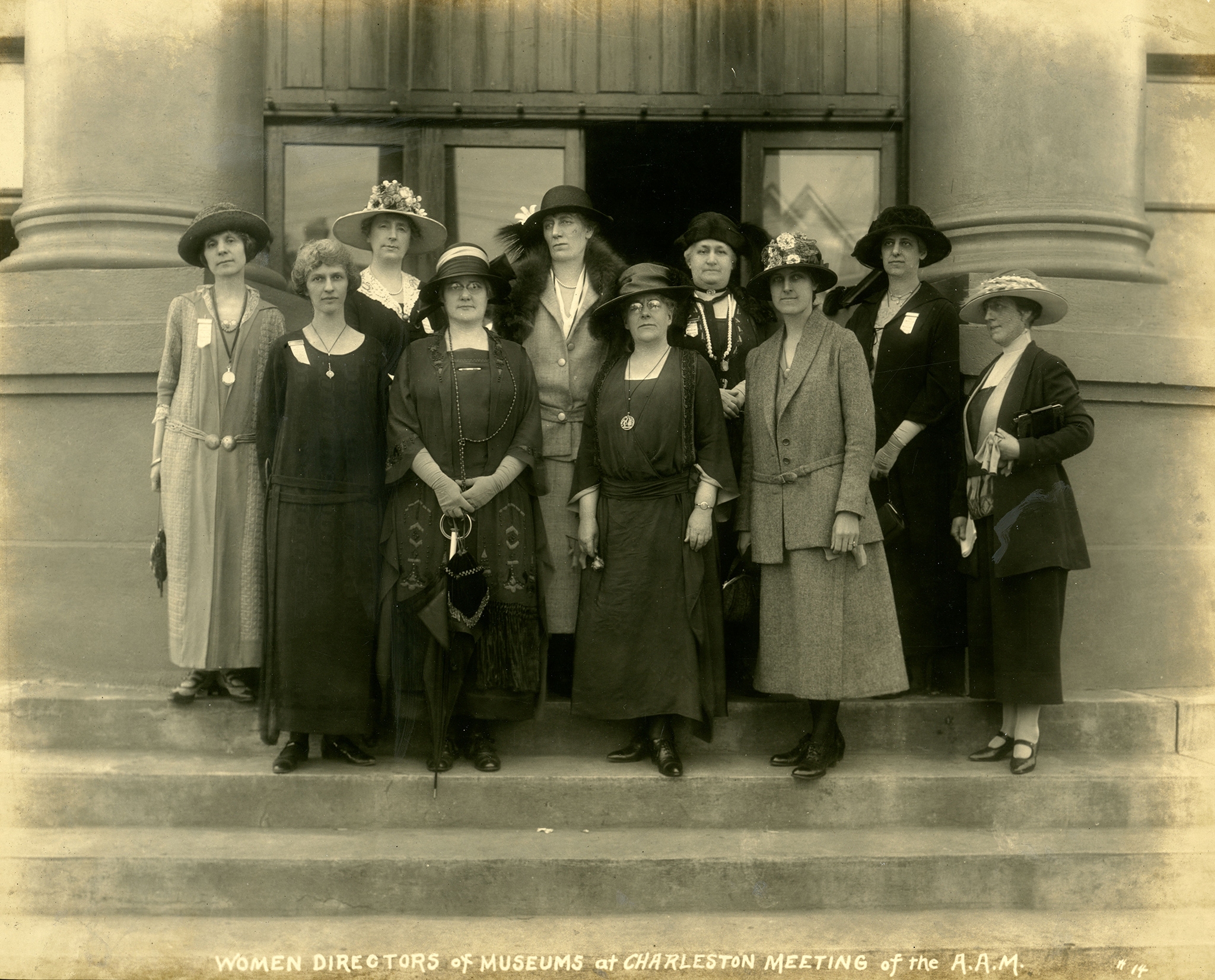 Women Directors of Museums at the Charleston Meeting of the A.A.M., 1923

Undeniably a woman of respect and principle, Bragg convinced the Board of Trustees to overturn a policy they had previously mandated excluding African Americans from visiting. Albeit at separate times than whites, she was able to open the Museum to a people previously excluded during a time when Charleston’s social and racial classes were strongly divided.

Considering herself a “social missionary,” she believed a museum should be a teaching tool rather than a simple attraction for visitors. She developed lesson plans on different countries, cultures, and nature, and included them within small, self-contained exhibit cases that were freely distributed to all schools, urban and rural, white and black.

Louise Barrington repairing one of the traveling exhibits used by the Education Department, 1930s.

Inside the Museum, she added public reading rooms and established a lending library for children, a facility that became a touchstone for her founding the city’s first free library which opened in 1931.

Outside the Museum, preserving local cultural history became a passion for Bragg. She and her curatorial staff worked tirelessly to collect and document prehistoric and historic pottery. They explored pre-contact sites to find native earthenware and made multiple trips to the old “Edgefield District” to gather sherds and pots of the once commercially produced stoneware. In addition to the wares, she became interested in learning about the unknown enslaved potters, particularly David “Dave” Drake. Amassing a substantial collection of his pots for the Museum, Laura Bragg safeguarded Drake’s legacy for future generations. 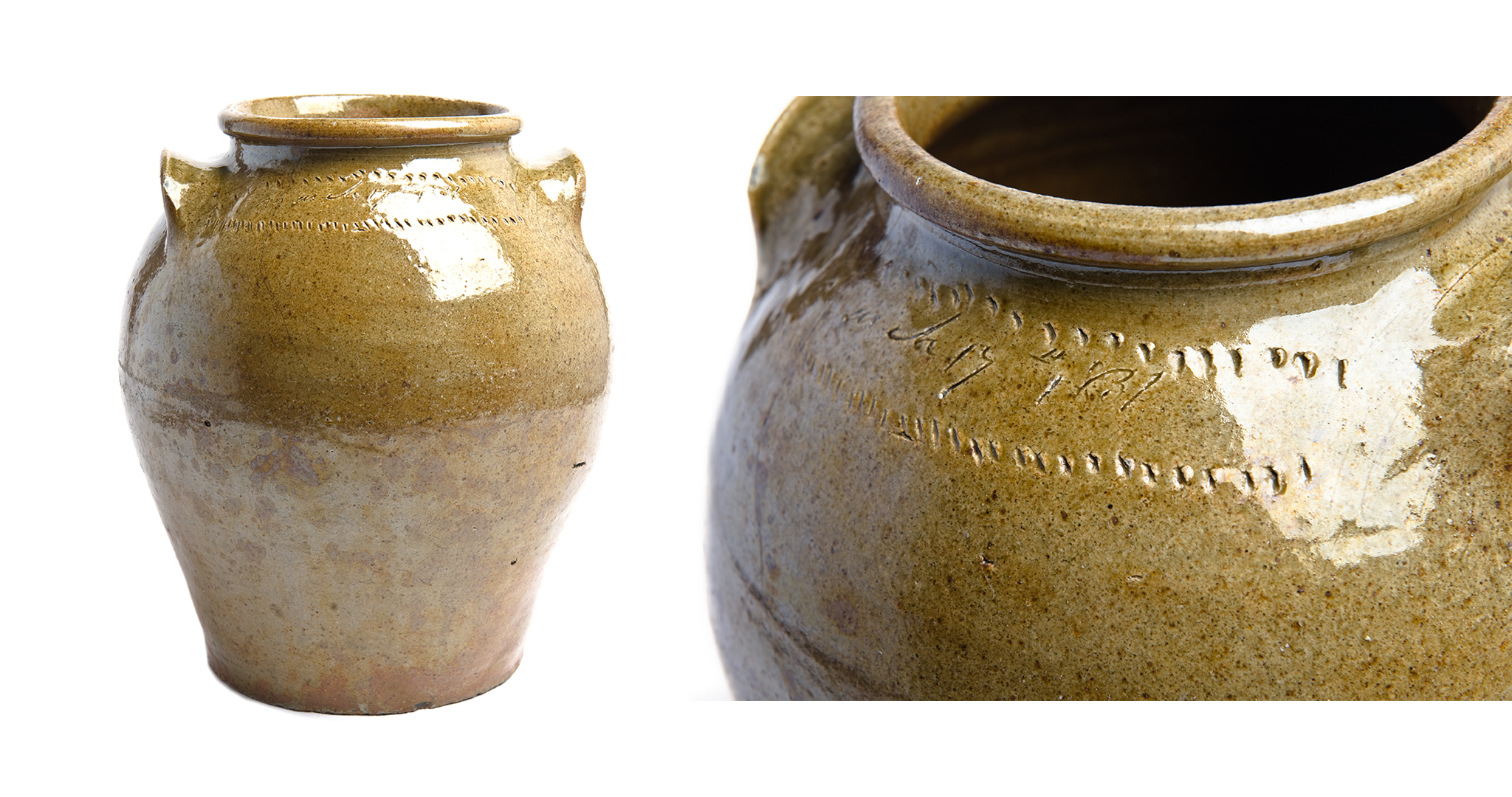 Dave jars from the Museum’s Collection.

Additionally, in 1929, Bragg worked with local preservation expert Albert Simons and The Society for the Preservation of Old Dwellings to purchase the townhouse of Thomas Heyward, Jr., signer of the Declaration of Independence and one of the founders of the institution that would become The Charleston Museum. Now known as the Heyward-Washington House, the building had been used as a bakery for decades and was in danger of being purchased by an individual who had gutted another historic Charleston residence. Under Bragg’s leadership, the Museum raised money to restore the first floor back to the original plan and opened it to visitors in 1931, making it the first historic house museum open for tours in the state. 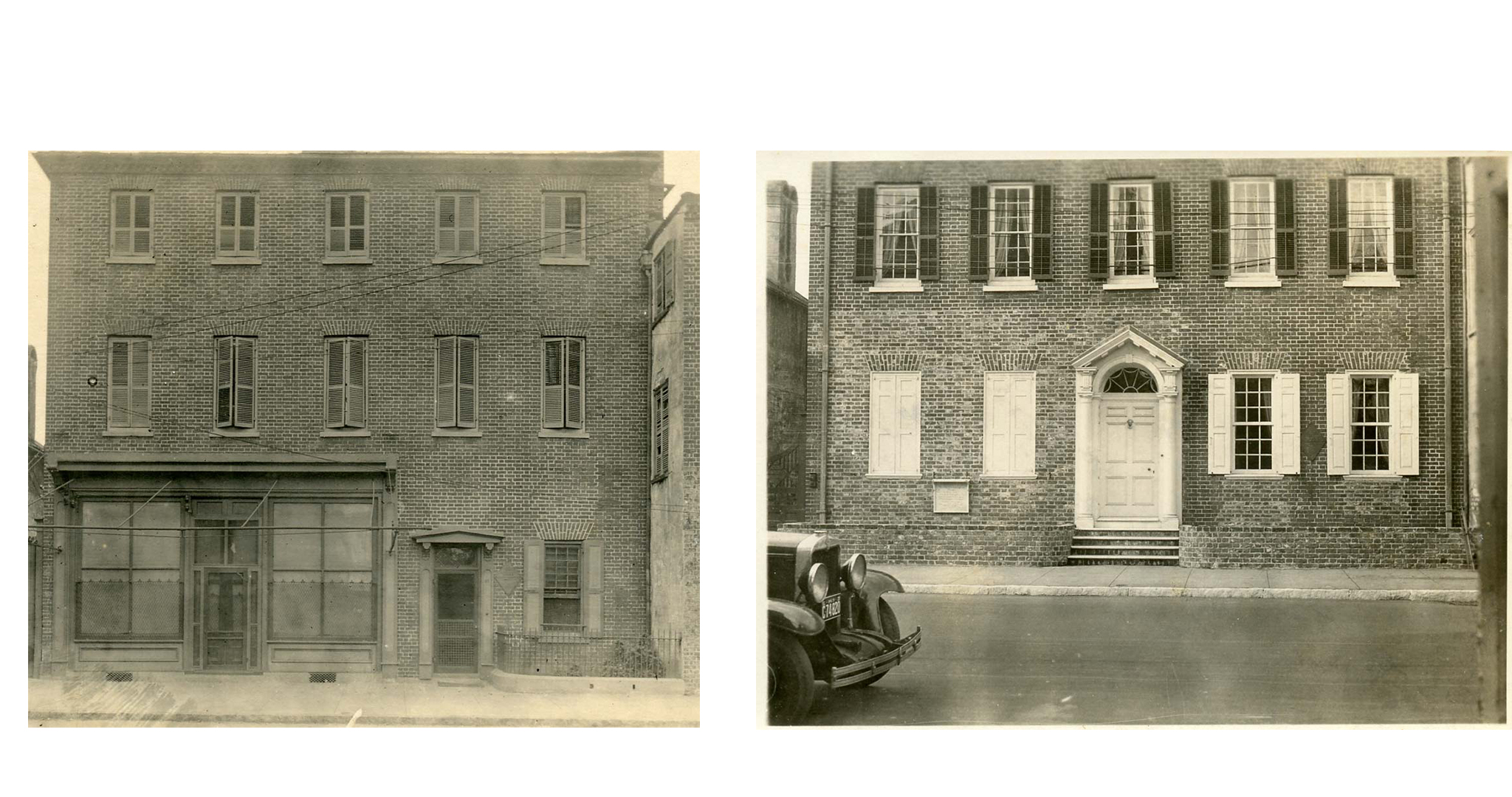 That same year, however, Bragg returned to her home state of Massachusetts to accept the directorship of the Berkshire Museum, where she continued her innovative developments in museum education and took on new, exploratory missions involving modern art and social reformations. Effectively retired from museum work by 1939, Bragg returned south to Charleston and stayed until her death in 1978. During that time she kept active by teaching “cultural classes” and leading book clubs, often within the confines of her Chalmers Street home.

In tribute to her character, intelligence, and progressive nature, Bragg was appropriately included in the 1974 Standard Biographical Dictionary of Notable Women. Her noteworthy biography, A Bluestocking in Charleston, by Louise Allen, was published in 2000, and in 2006, Bragg’s name was entered into The South Carolina Encyclopedia.

Today, The Charleston Museum continues Laura Bragg’s commitment to education and, perhaps most important to her legacy, maintains an active role in area schools. Preserving her original initiative, new and updated Bragg Boxes are still circulated to all schools who request them, allowing the Museum to visit students who would otherwise not be able to visit the Museum. In doing so, we continue to uphold Bragg’s influence on Charleston, described in a newspaper memorial as “beyond measure.”

For the month of March, The Charleston Museum is proud to present Laura Bragg: Librarian, Educator & Director of The Charleston Museum, a temporary exhibit on the Museum’s second floor. Join us on March 13, 2020, at 10:30 am for our monthly Conversations with a Curator Program on this temporary exhibit with Chief of Collections, Jennifer McCormick.