PAST EXHIBIT
The Charleston Museum’s current Textiles exhibit, Killer Fashion: The Consequence of Style, looks at the often tragic side of fashionable dress as it relates to the natural environment and those who wore these garments. This exhibit will be on display until March 5, 2017. From now until then, we will be posting about different aspects of the exhibit. Below, read our post, Killing for Feathers; to read others, visit our the News section on our website. 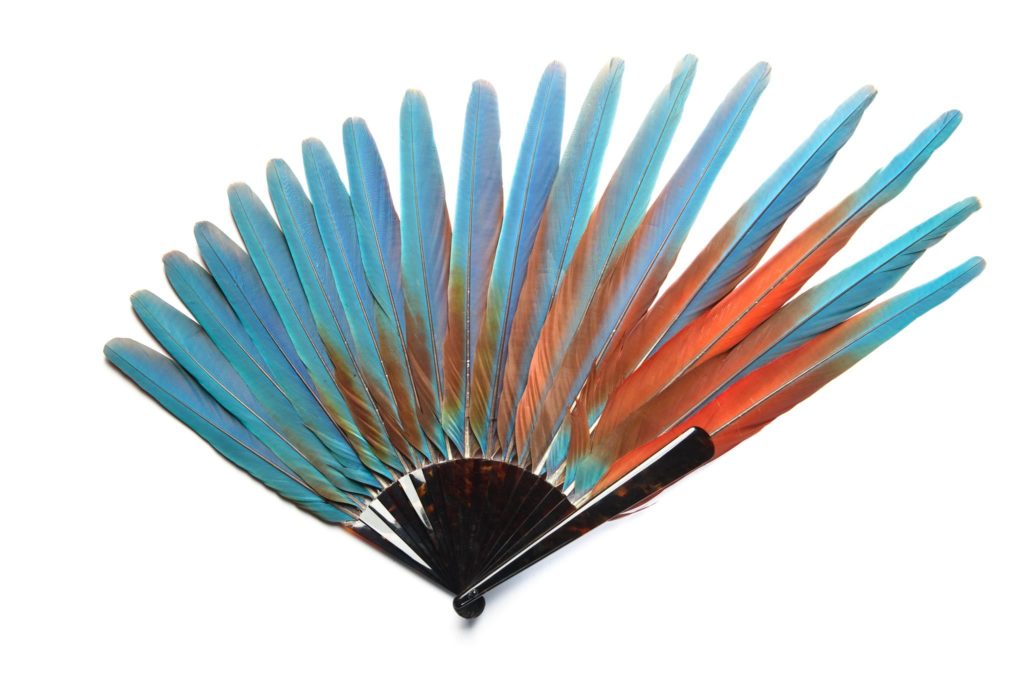 Early 20th century fan made of 18 macaw feathers on dark tortoise shell sticks. The feathers are blue on one side and a rusty red on the other.

Feathers have been popular fashion ornaments for centuries. Ostriches, peacocks, pheasants, birds of paradise and herons were early favorites. Hats and hairstyles featuring plumage became so grandiose that the women had to kneel on the floors of carriages or ride with their heads out of the window to accommodate their huge feathered head dressings. Marie Antoinette was even nicknamed “Featherhead” by her brother Joseph. By 1875, some hats featured entire birds and no proper lady considered herself completely dressed without a dramatically feathered fan. 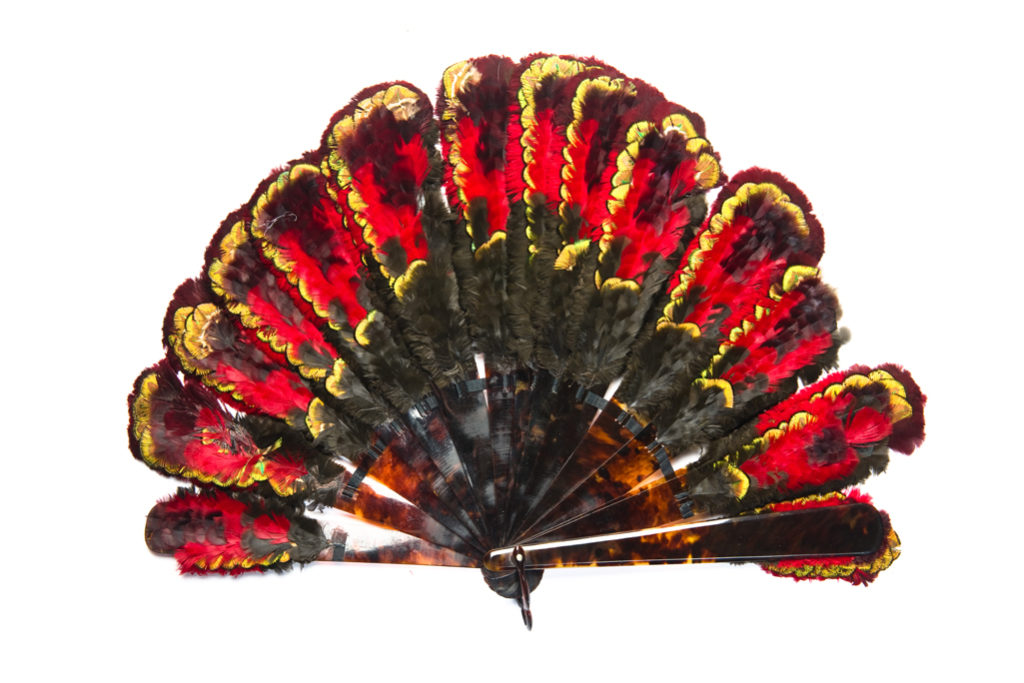 Feathers were so popular that bird populations became gravely threatened. Between 1870 and 1920, the United Kingdom imported nearly forty million pounds of ornamental plumage, one London dealer receiving 32,000 dead hummingbirds, 80,000 aquatic birds and 800,000 pairs of wings in a single shipment in 1892. 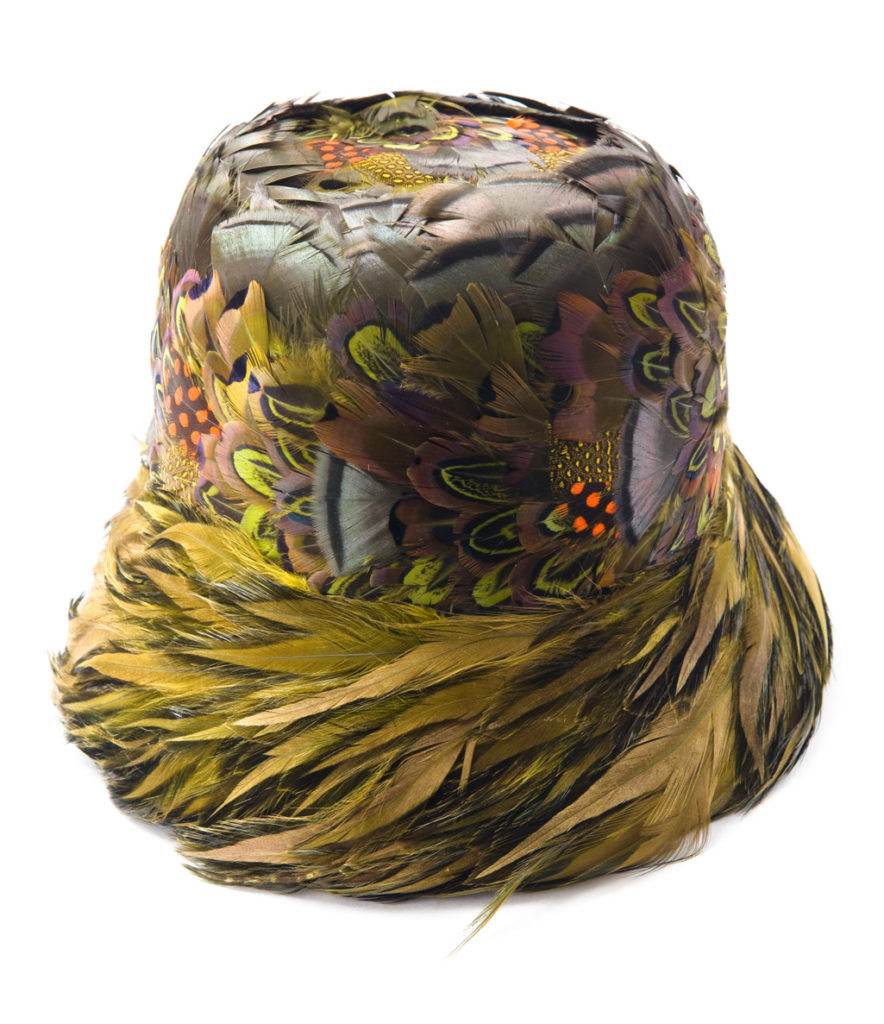 The Royal Society for the Protection of Birds in England and the Audubon Society in America formed to fight against this slaughter for the fashion trade. The Lacey Act (1900), the Tariff Act (1913) and the Migratory Bird Treaty Act (1916) all helped mold current wildlife legislation in the United States. Ultimately, the changing role of women in society and more functional dress styles made the once profuse array of feathers unpractical and rather bizarre by 1920. 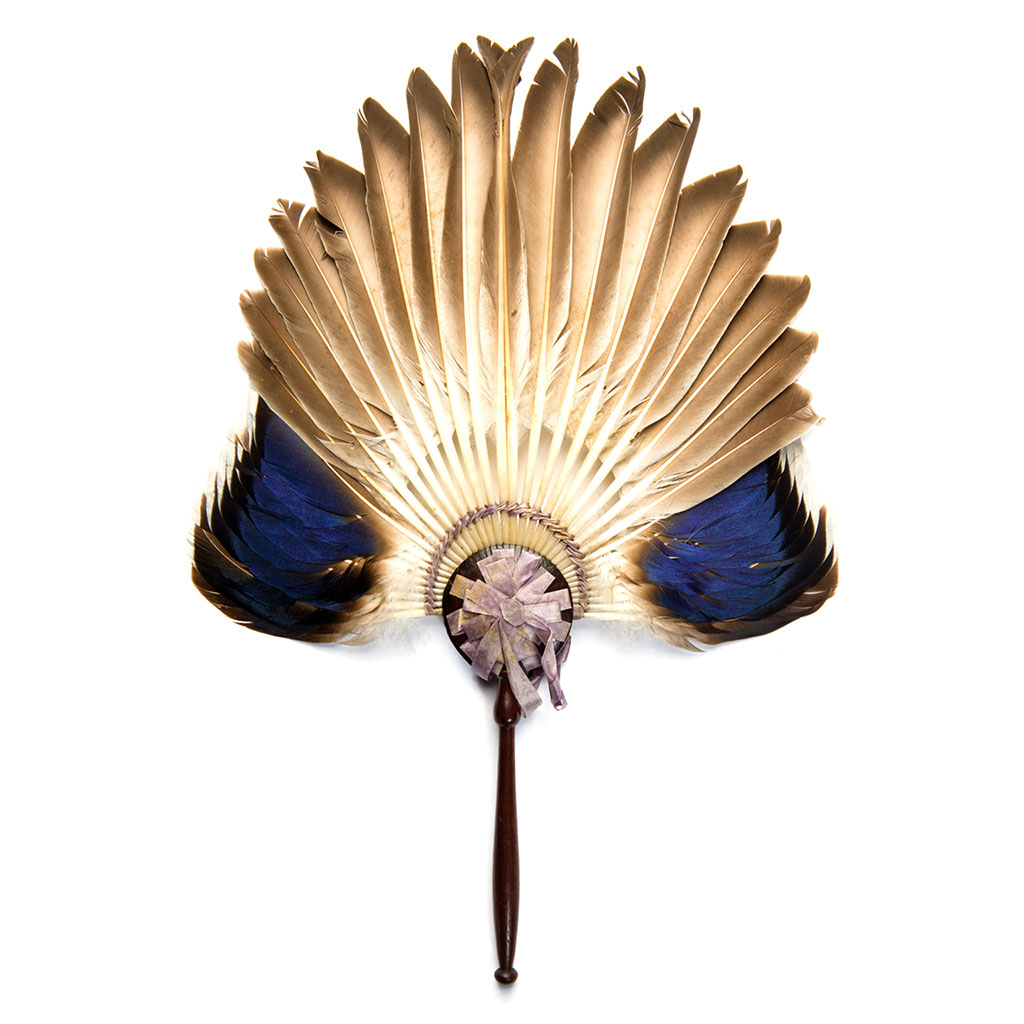