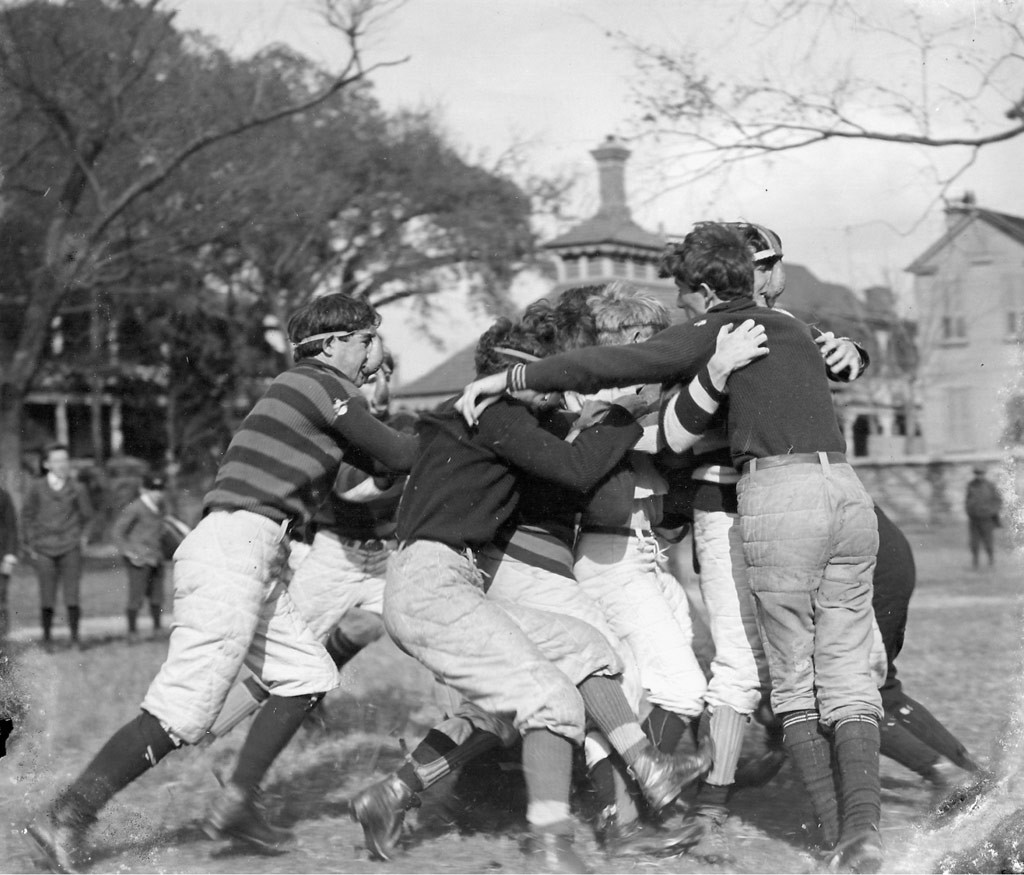 This black and white photograph, taken by M.B. Paine c. 1910, shows the Porter Military Academy football team in action against an unknown opponent.

Notice the heavy wool uniforms with extra padding in the pants and the leather nose guards worn for “protecting” the nose!

Originally located in downtown Charleston, the Porter Military Academy (now Porter-Gaud), is thought to have had one of the first high school football teams in the nation. From 1911 to 1915, they were considered good enough to scrimmage the Citadel Bulldogs and, according to their Annual Session, were the “undisputed champions of the State” in 1913.

It took some time, but, today, all football teams are outfitted with a better selection of protective wear, including shoulder pads and full helmets.

In these early years of football, some players would stuff padding under their uniforms to help protect their shoulders while others just “toughed it out”. In the 1950s this type of padding became popular and was made by sewing of pieces of leather together. It wasn’t until the 1960s that foam and plastic took the place of leather and protected not only the shoulders but the ribs as well. This type of protection is still used today.

Helmets were not a mandatory piece of equipment until 1939. The original helmets or “Head harnesses” were made of soft leather originally intended to protect only the ears. However, covering the entire ear made communication rather difficult (which is why the players in the images above are not wearing any head protection). The first leather helmet to completely cover the head was introduced between 1915 and 1917 and featured ear holes. It wasn’t until the 1920s and 1930s that a harder leather was used with more cushioning. Finally, in 1939, the first plastic helmet was developed. From the 1960s to the present, helmet designs have gone through some drastic changes to improve the protection of the players’ head by absorbing impacts. The latest improvement has been the use of a polyurethane top or “cap” that is meant to wear over the outside of the helmet to prevent concussions.

Clearly, football has come a long way since these boys first huddled up for this game in 1910. Over the decades, the sport has morphed in its cultural perception and status as well as greatly developed it’s means for protecting the boys on the field. 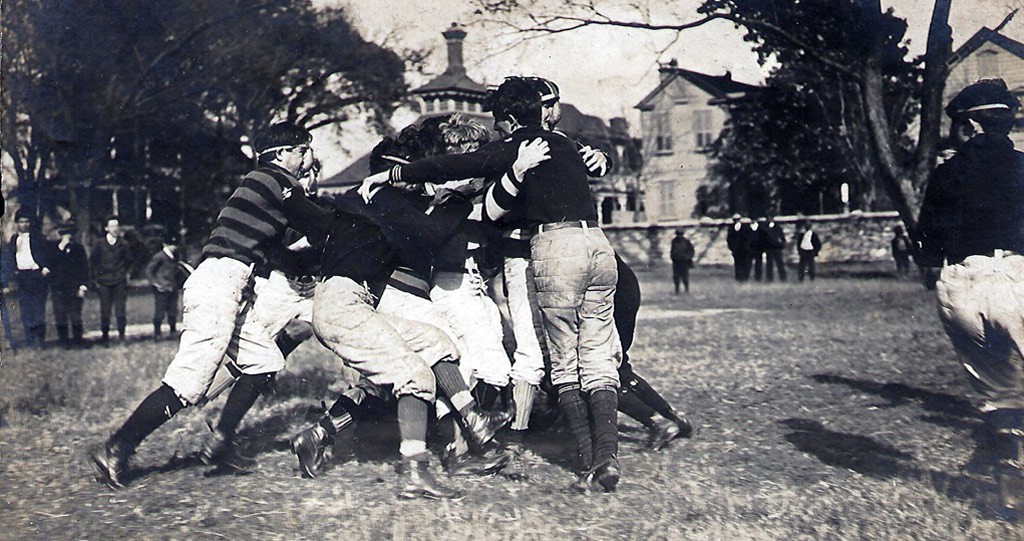