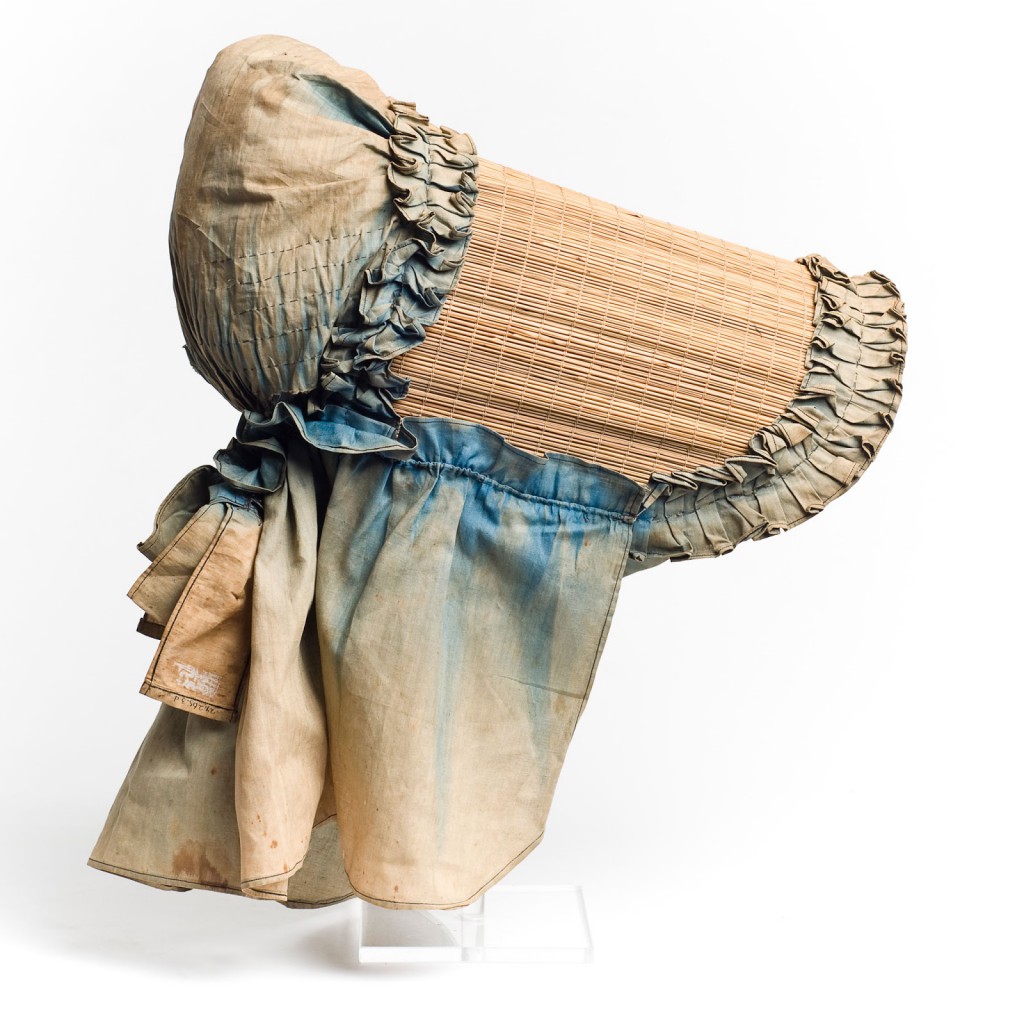 Long before we knew the dangers of sun exposure and skin cancer, women were intent on protecting their fair skin from the ravages of sunlight and keeping their complexion fair. It was not fashionable in the mid 19th century, and indeed until the 1920s, for a woman of refinement to have a suntan which was more indicative of the laboring classes.

This mid-19th century bonnet offered serious protection from the hot Southern sun. An amazing hat, made of cotton and rice straw, it was worn by Margaret Adger Smyth of Charleston while she was living with her son in Summerton, taking refuge from the bombardment in Charleston during the Civil War. 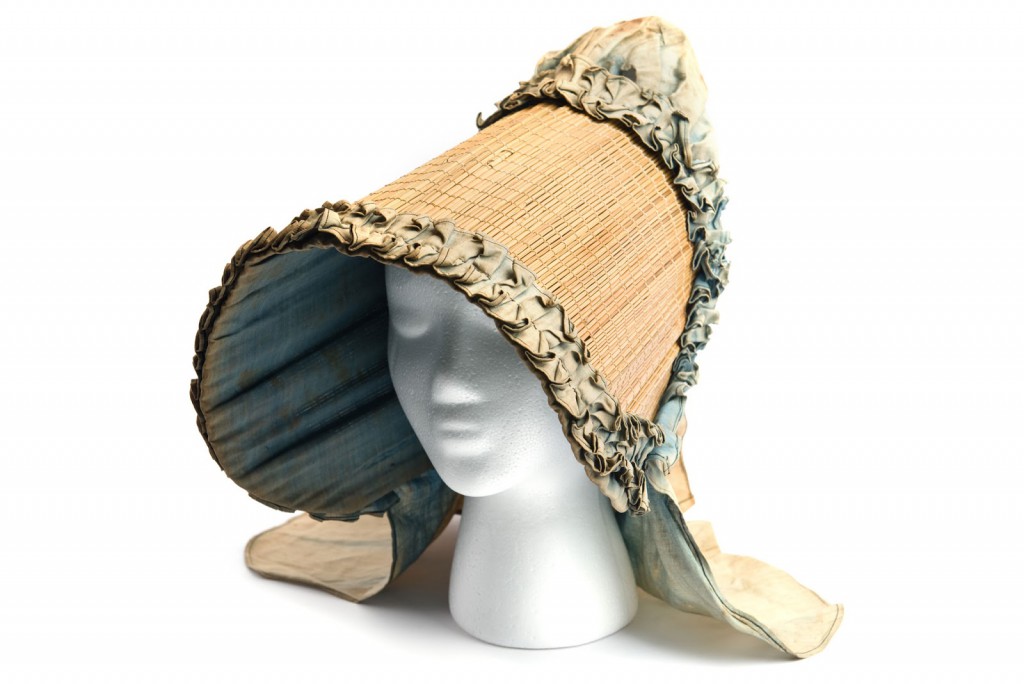 Not only does the straw extend out 11”, well-concealing the face, but the 9” deep blue cotton bavolet (or neck ruffle) offers excellent protection for the neck. It is lined with the same blue cotton. There is both machine and hand stitching on this bonnet – it could well have been made here in the Lowcountry. 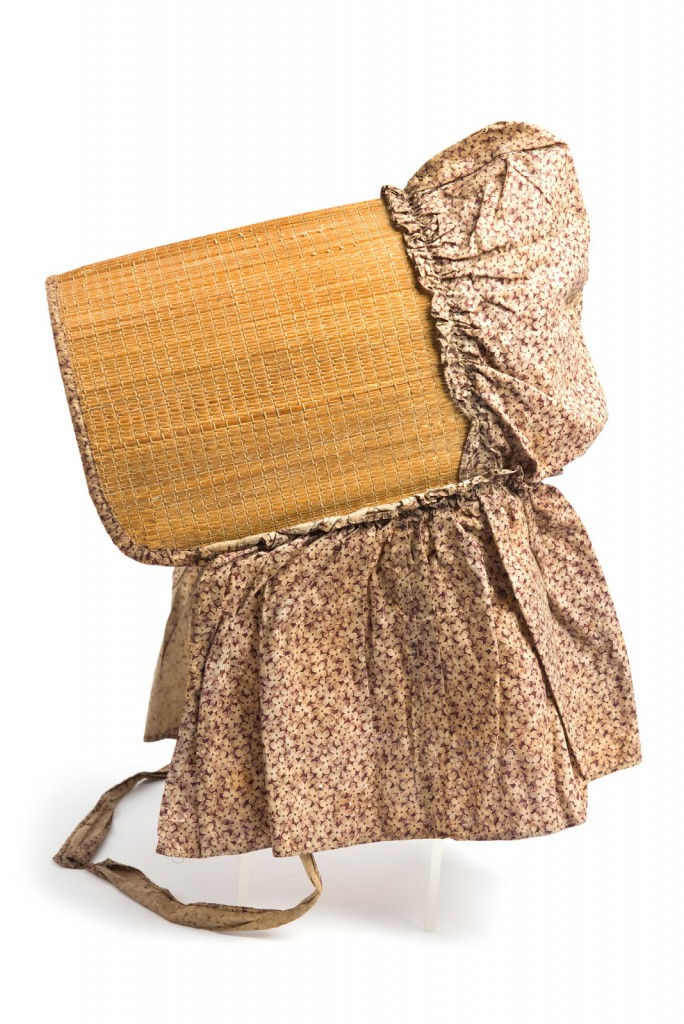 Another of her bonnets, made of wheat straw and purple flowered cotton, was said to have been salvaged from a blockade runner in Charleston harbor by her son, Gus (Augustine) who was on the gunboat Chicora. It features the same design and sun-blocking qualities. 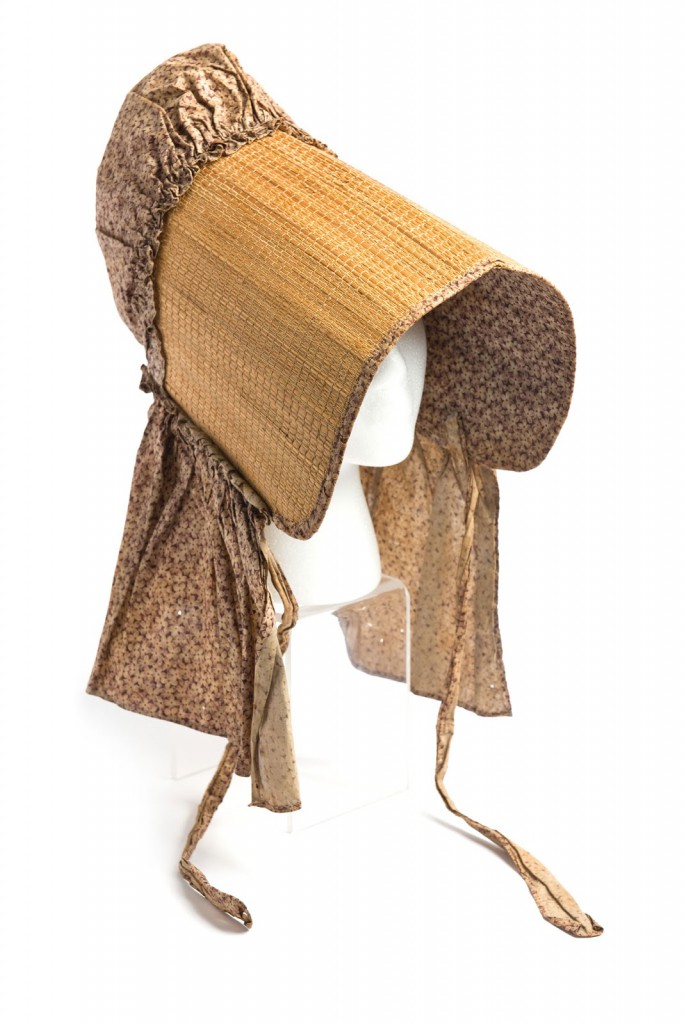 Although I have not yet been able to definitely identify whether these were in fact made of rice straw and wheat straw, there are visible differences in the straw and even the construction is a bit different. Relying on family information and memories can often make for “a good story” that is difficult to verify absolutely. It seems logical, though, that bonnets were being imported to Charleston – most finished goods were imported before the war – and it seems logical too that a local hat maker, and even the average person, was capable of making a bonnet like this from available materials.

Regardless, they are both delightful bonnets, well-designed for the job while still being pretty. They would work as well as the highest SPF on the market, though might not match well with today’s bikini on the beach.