News and EventsGeneral NewsFashion Flashback: Similarities Between Dresses in 1920s and 1960s

Fashion Flashback: Similarities Between Dresses in 1920s and 1960s

PAST EXHIBIT
In our current exhibition of Fashion Flashback: 1920s – 1960s, one thing that stands out to me is the amazing similarity of the 1920s and 1960s dresses. Both decades were heavily influenced by the younger generation, more outspoken and vibrant than perhaps in any other times. The 1920s, on the heels of the devastation of World War I, saw demands for a carefree and fun-loving fashion scene. Not only was the female body released from heavy corsets, coverage and constrictions, but this new freedom crossed socio-economic lines as well. There was a thirst for exoticism and acceptance of styles from across the globe.

In the 1960s, we witnessed another cultural revolution, again led by younger ideas and a thirst for change – in social, racial and gender ideals. Another devastating war was raging, this time in Vietnam, along with a racial war at home for equality and acceptance. Some of this unrest translated into short, swingy, unconstrained clothing for girls that echoed the popular styles of the 1920s. It is interesting to reflect on these two pivotal decades that changed feminine clothing so dramatically. 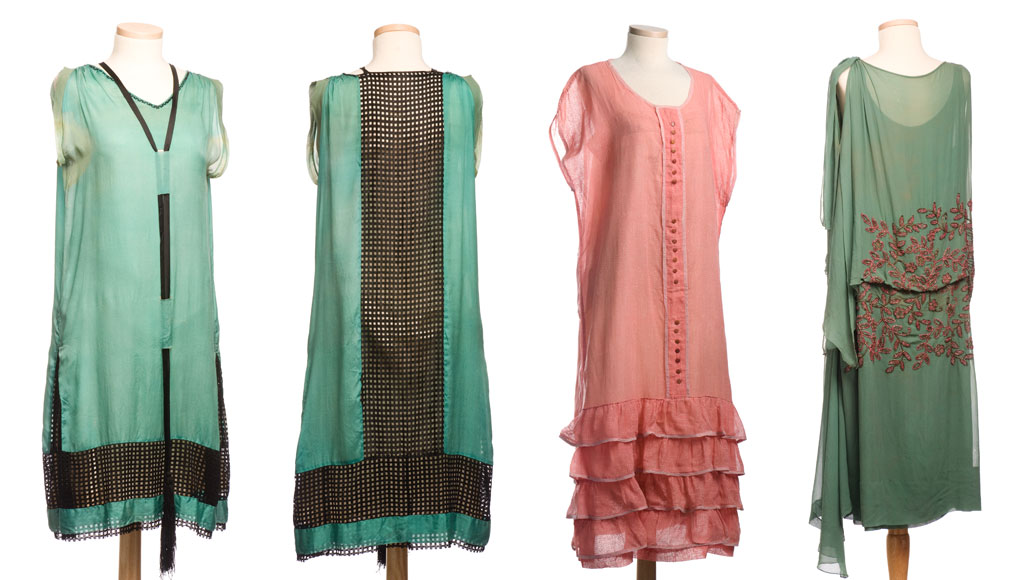 These three dresses are from the 1920s – all relatively shapeless and short, with a sense of glamour and fun demanded by the times. Think how shocking these must have been for a generation used to floor-length, body-concealing garments of the previous centuries. The aqua silk shift dress has an especially bold ribbon lattice in back and built-in sautoire in front. The Nile green chiffon dress has a slightly flared skirt and side flaps to add to the elegance of the metallic beadwork across the front and back of the dress. And the pink voile home-made dress echoes this same freedom and sass. 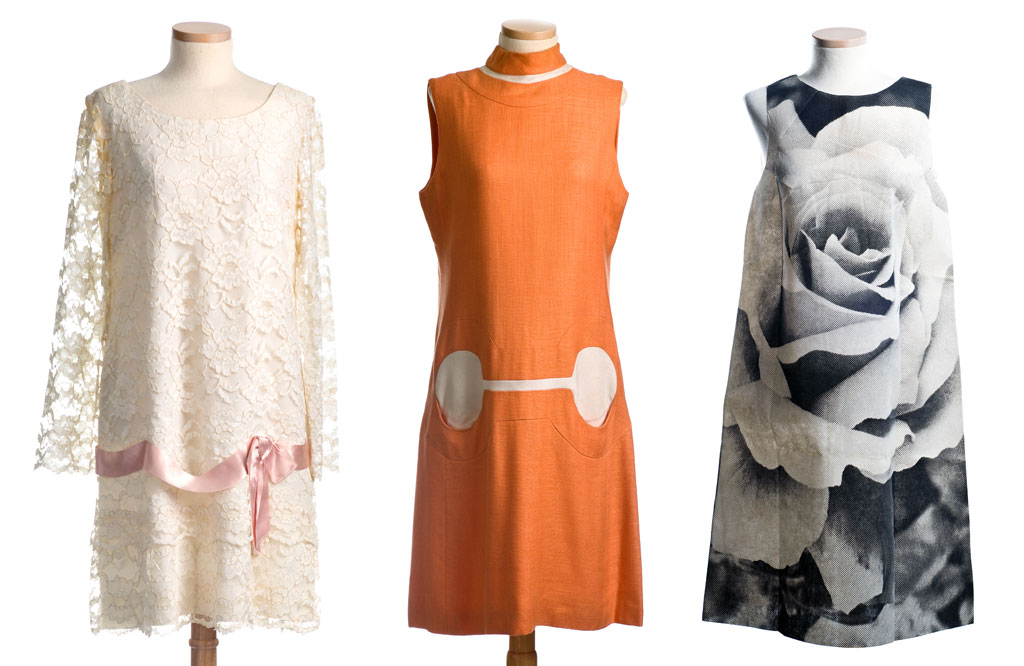 From the 1960s, these three dresses demonstrate the bold, youthful strength of the fashion world at that time. From the sweet lace Short Stops by Ronnie fashion to the geometrically imposing coral mini dress by Pierre Cardin, these dresses harken back to the simple silhouette of the 1920s. The third 1960s dress is a pop-art poster dress, not only with the distinctive 1960s shape but displaying the decade’s love of provocative, in-your-face art. 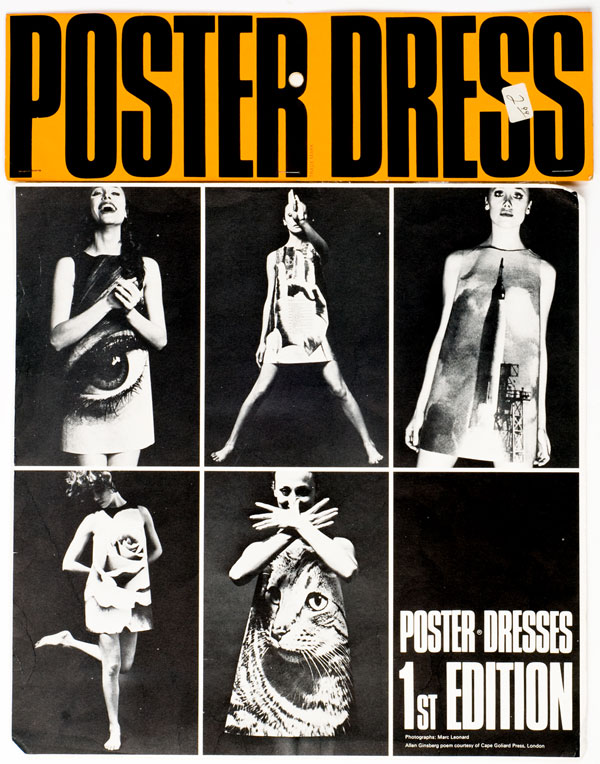 Fashion Flashback closes soon (June 14), so take this last opportunity to compare these dramatic decades for yourself.