Poetry Past and Present: Dave the Potter 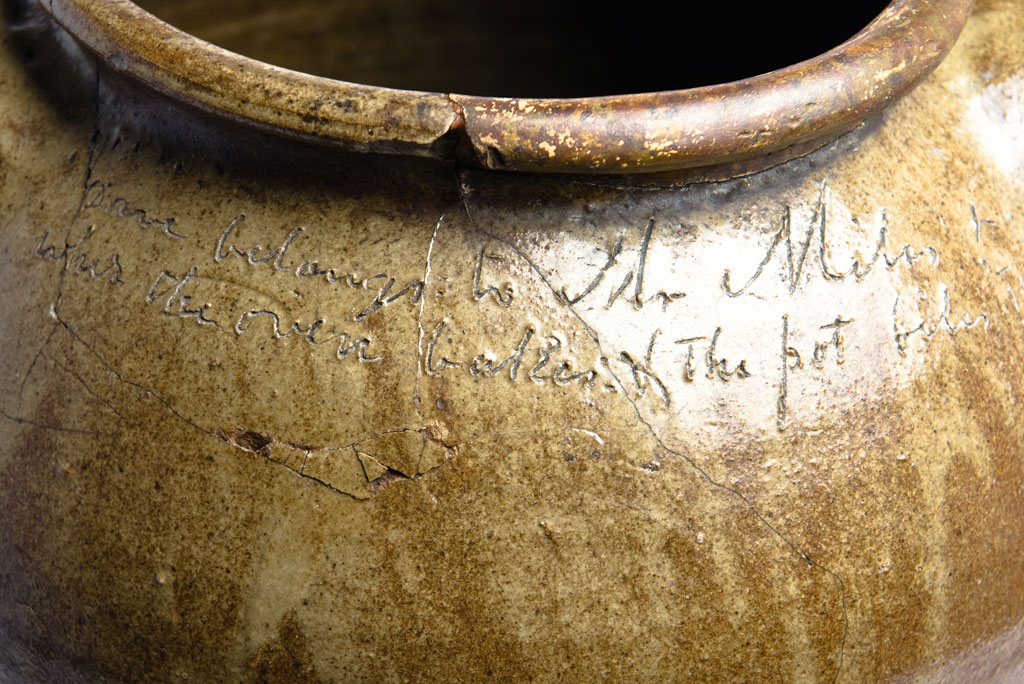 Born circa 1800, the potter, who we know only as Dave, first appeared on record in 1817 as an enslaved African American in South Carolina’s Edgefield District. It is believed that he learned to throw and turn stoneware pottery in his teens while under the ownership of Dr. Abner Landrum and his nephew, Harvey Drake. By Dave’s mid-twenties, however, it is clear he was a skilled potter making a variety of large capacity storage jars and churns. Most noteworthy at this time, however, was his penchant for signing, dating and, on at least thirty occasions, inscribing poetry on his finished works.  By the time of his emancipation, Dave had formed hundreds, if not thousands of jars, and today is the foremost recognized and celebrated African American potter from the second quarter of the nineteenth century.  The Museum holds a number of his excellent examples in its collections.

On April 28, at 6:00 pm, the Museum will host a special presentation, Poetry Past and Present: Dave the Potter, by Marcus Amaker, Charleston’s First Poet Laureate. As an introduction, the Museum’s Chief Curator, Grahame Long, will discuss Dave’s history as well as his famous pottery. Afterward, Marcus will read some original poetry, including a new poem inspired by Dave.

Join us for this special event as we honor Dave and the many African American craftsmen and women who contributed so much to our history but whose stories have not left as vivid a written record as this intriguing artist.  We look forward to welcoming Marcus Amaker, who will help us to better appreciate this fascinating story.

This event is free and open to the public. 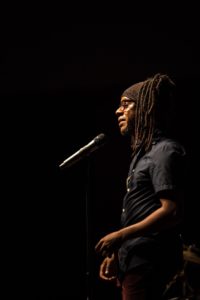 Marcus Amaker is Charleston, South Carolina’s first Poet Laureate. His poetry has been featured on TEDx, PBS Newshour, A&E, the Huffington Post, several journals and poetry collections. He is the former entertainment editor of The  Post and Courier, where he worked for eight years. His latest book, Mantra, is also an app for iPhone and Android devices. He’s a well-known graphic/web designer and videographer, producing award-winning work for many nonprofits and organizations. He’s also the lead graphic designer for a national music magazine. This year, he was named one of Charleston’s 50 Most Influential people by Charleston Business Magazine. Marcus has released more than twenty albums of music since 1986. Visit his website http://marcusamaker.com.