News and EventsGeneral NewsA Word from the Director, January 2015

A Word from the Director, January 2015 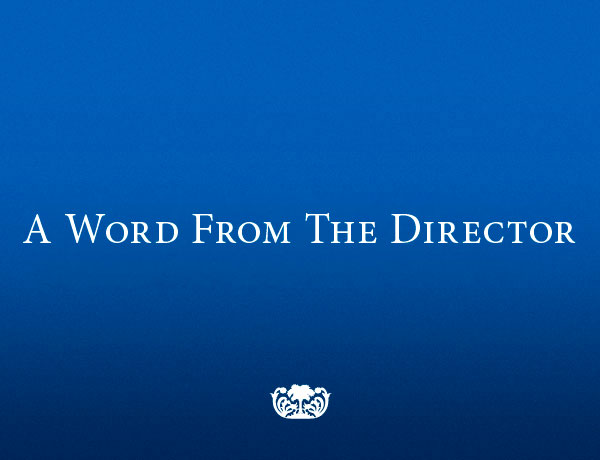 Happy New Year!!! I send a sincere thank you to all those who made contributions to the 2014 Annual Appeal. Your donations, memberships, and support helped us achieve a great deal in 2014 and we are looking forward to an exciting 2015.

Among our achievements in 2014 were two excellent exhibits: Unfurled: Flags from the Collections of The Charleston Museum and “You’ll regret the day you ever done it”, the last in a series of Civil War Sesquicentennial exhibits. If you have not seen them, hurry to the Museum as both will close in the coming weeks (January 4 and February 1, respectively). Thanks to dedicated work by the Board of Trustees Strategic Planning Committee, we also finalized our 2015-2018 Strategic Plan. The plan sets ambitious, but achievable goals for the next four years and provides a roadmap as we move into the future. Our FANS (Friends and Needed Supporters), meanwhile, put on an outstanding gala in April which raised nearly $30,000 for maintenance and repair of our education facilities at the Dill Sanctuary and funding for Title I schools to visit the Museum in the future.

Among the accomplishments of which I am most proud in 2014 were visits this fall by every third grader in Charleston County School District to the Museum and every fourth grader in the District to the Heyward-Washington House. The latter was part of the Patriots Day program done in association with the Old Exchange and Provost Dungeon and the Powder Magazine. Much credit goes to Stephanie Thomas, Chief of Education and Interpretation, Museum staff, and our partnering institutions for hosting and teaching all these wonderful school children.

During the year, we also filled two vacant positions in our Natural History Department. Mr. Matt Gibson joined the Museum as Curator of Natural History in June, and Curatorial Assistant, Ms. Jessica Peragine, came on board in November. With a Natural History Curator in place, we will now begin a fundraising campaign for much-needed renovation of the Museum’s Natural History Gallery. More on that to come! Other new staff who joined us were Marc Meech (CFO), Dawn White (Finance Clerk), Shelby Duff (PR & Events Coordinator), Katrina Lawrimore (Historic House Administrator) and Jessica Runyon (Museum Educator). Hopefully you will have a chance to meet them all.

If you have visited the Museum recently, you were sure to notice our new breezeway gates. Designed by Mr. Glenn Keyes, of the Board of Trustees, these gates not only better secure the Museum but add character to what was a stark, brick walkway into the building. Thank you to Glenn for his tremendous assistance in this.

Much will be happening at the Museum in 2015. We will present two exhibitions in our Historic Textiles Gallery – Fashion Flashback: 1920s -1960s: Five Decades of Style that Changed America, opening in January, and On Parade, Into Battle: Military Uniforms from the American Revolution to the Present, opening in June. We are also pleased to feature two special lobby exhibits with material from the Museum’s previously rarely-shown fossil collections. From Land to Sea: 35 Million Years of Whale Evolution will kick off in February and will be followed by a display of Pleistocene land mammals in August. In addition, we will be implementing a major upgrade and redesign of the Museum website and undertaking a paint restoration project at the Joseph Manigault House. The Manigault project is being funded in part by proceeds from The Charleston Art & Antiques Forum. We are grateful to them for this generosity!

Thank you again for all your support of the Museum. I look forward to great things together in 2015.