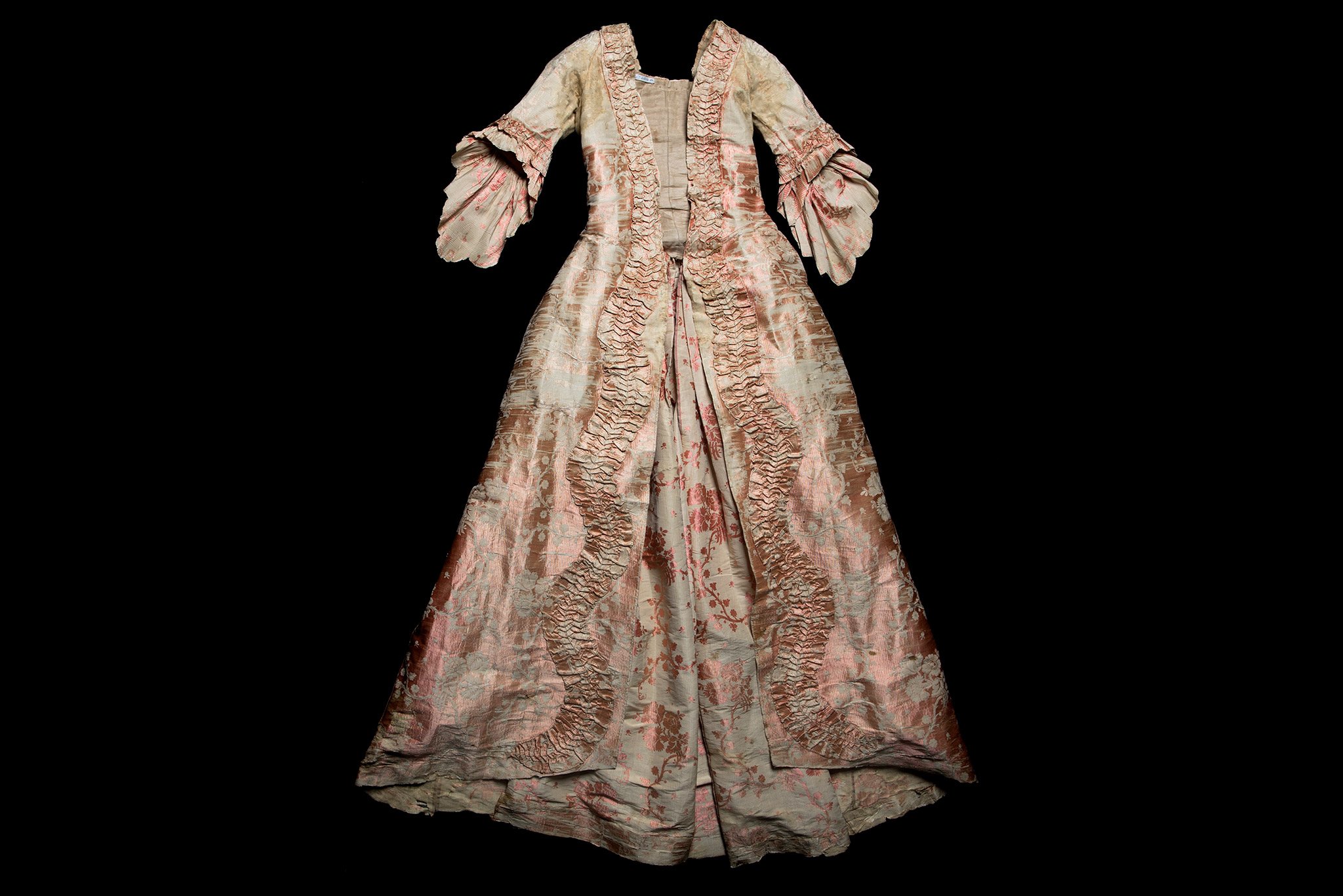 The Charleston Museum is pleased to announce that, thanks to the fundraising efforts of the Eliza Lucas Pinckney Chapter of the National Society of the Daughters of the American Revolution, conservation work on a rare, eighteenth century silk, sack-back gown that belonged to Eliza Lucas Pinckney is now complete. Through a dedicated fundraising campaign, the Eliza Lucas Pinckney Chapter raised over $23,000 for the project. Among the funds raised was a $5,000 grant awarded by the National Society Daughters of the American Revolution. The conservation work was recently completed by noted textile conservator Loreen Finkelstein, who previously contributed to the project that restored George Washington’s Revolutionary War tent.

To celebrate its conservation and return, the Museum will offer a special limited showing of the dress during Women’s History Month 2017, from March 3 to 16.

Eliza Lucas Pinckney was a remarkable woman in the state’s history. She is credited with fostering the success of the indigo industry in colonial South Carolina and advanced considerable sums to the patriot government during the Revolutionary War. Two of her sons, Charles Cotesworth Pinckney and Thomas Pinckney, served as officers in the South Carolina Continental line and were both active in the early federal government. It is fitting that her beautiful gown would end up in the Museum’s collections since son, Charles Cotesworth was one of its founding members. 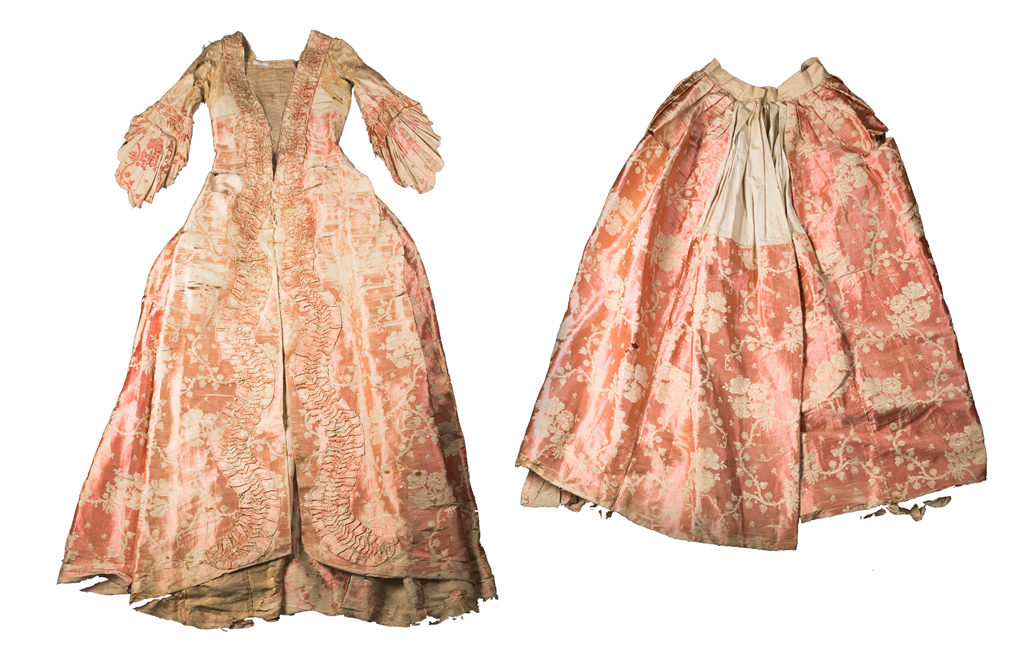 More about the conservation work:

Conservation, unlike restoration work, aims to preserve a piece while still revealing its history and original construction. Therefore, the Pinckney dress did not return looking brand new, rather, it has been conserved to prevent further decay or damage. Loreen Finkelstein’s goal during this project was to make her work on the gown invisible. Such an objective on an important and fragile piece requires incredible patience, skill and attention to detail. Below we cite some of the specifics of Ms. Finkelstein’s process:

First, previous darned repairs were removed by clipping the stitches and gently pulling them from the silk with tweezers.  Ms. Finkelstein then stabilized the gown’s bodice using silk that was custom dyed in two different colors to match the dress. The darker shade of silk was used where staining had discolored the silk under the sleeve, and a lighter shade was used at the top of the shoulder area.  The dyed fabrics were inserted between the linen lining fabric and the weak silk fragments of the bodice. 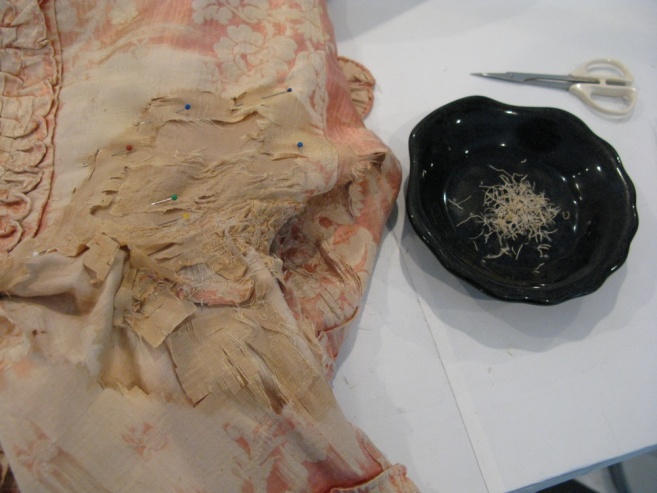 Additional reinforcement of the weak silk fragments under the sleeves were covered with polyester Stabiltex to provide further support. By creating a sandwich of the fabric layers, the Stabiltex will hold the silk in position and prevent further loss of the silk fragments. 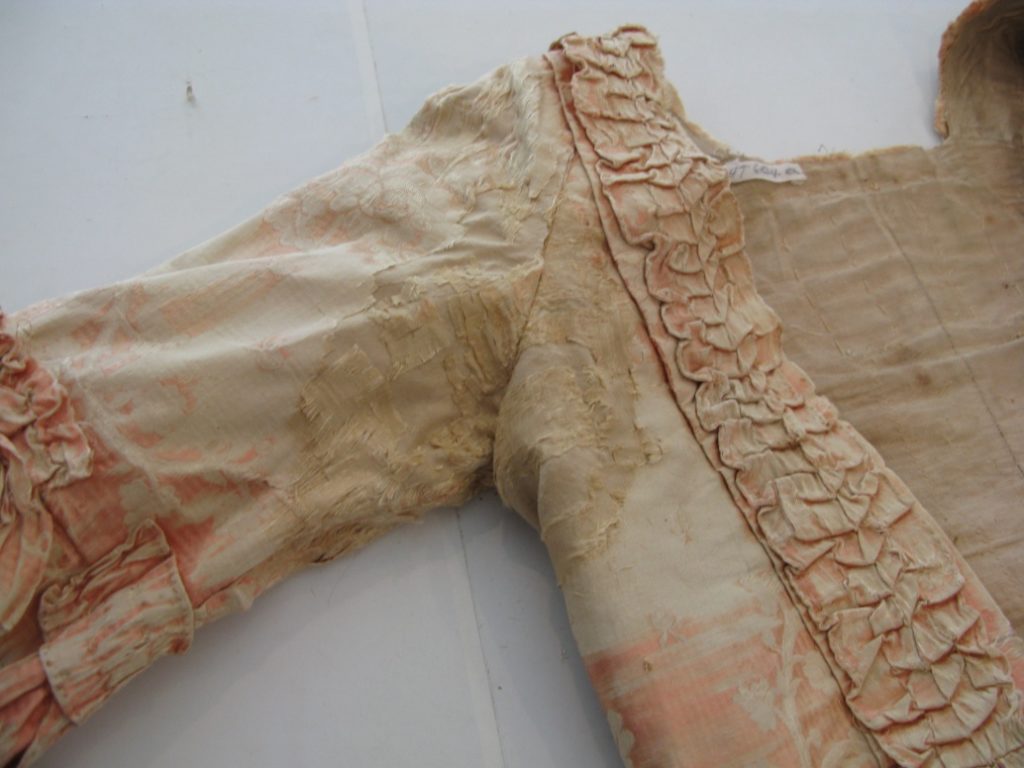 For the skirt, Ms. Finkelstein used sheer polyester Stabiltex support patches rather than custom-dyed silk. Nearly invisible and strong enough to support the splits and area of loss, the patches were positioned and stitched around the interior edges. The area of loss was then aligned on the exterior of the gown and sewn with threads pulled from polyester Stabiltex using a laid and couched stitch technique.  Two weak areas found along the center front of the skirt were covered with Stabiltex to again create a sandwich of the layers of the material.  Weak and torn silk fragments were aligned and encapsulated with splits stitched together using Stabiltex threads. Creases in the sleeve ruffles were relaxed by pinning the silk to the work surface and humidifying the silk. 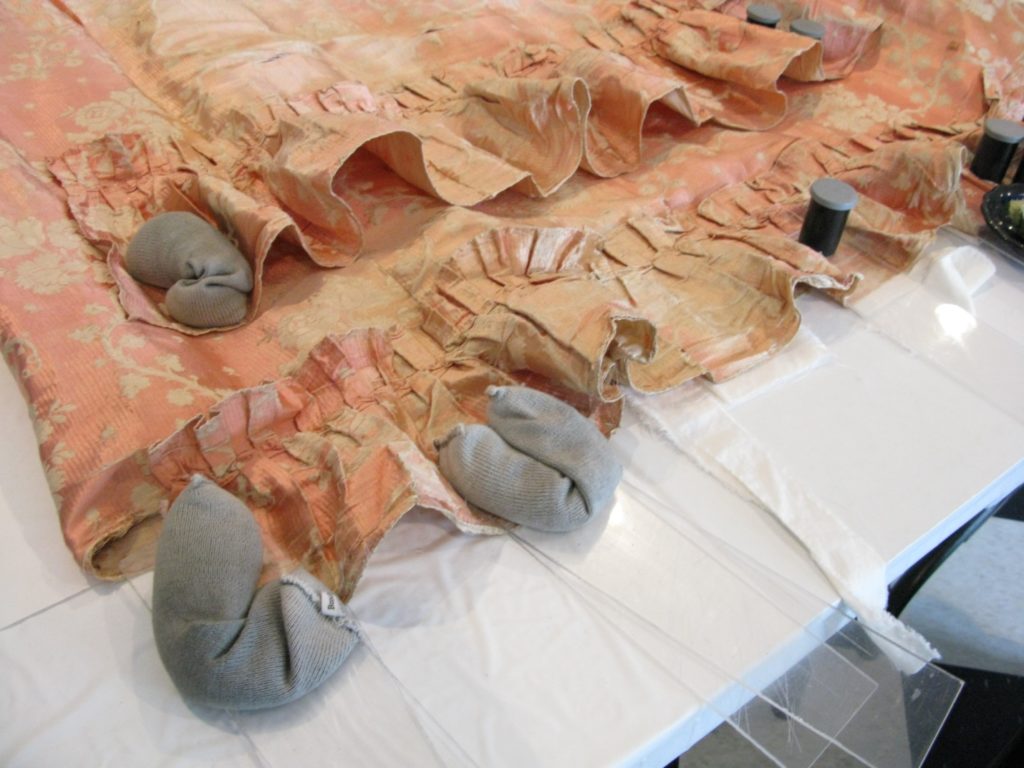 For the petticoat, previous repairs were removed.  Two areas found to be especially weak were at the center front of the waist and the lower front ruffle.  Stabiltex support patches were again used for reinforcement and splits were repaired using Stabiltex patches. 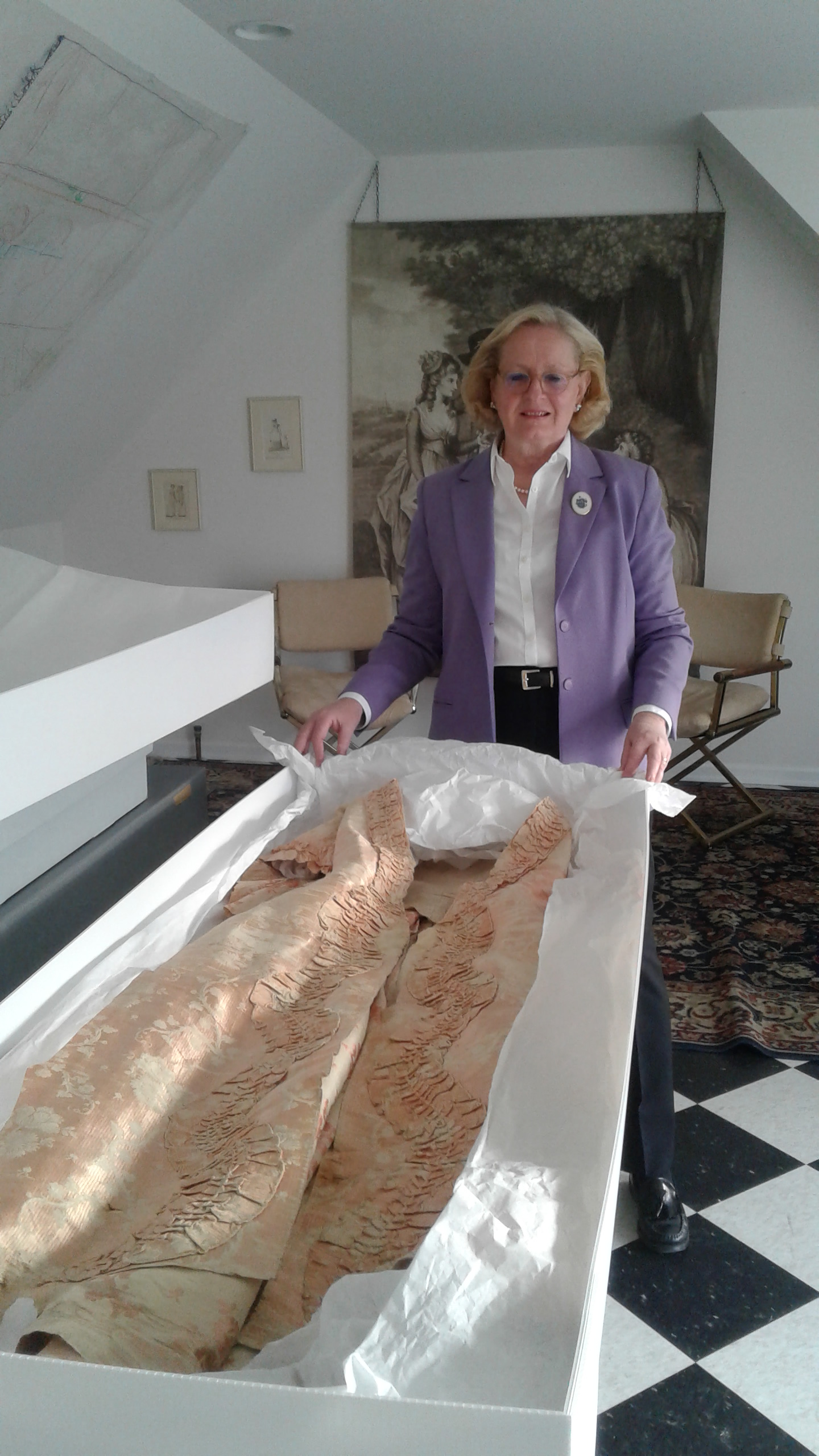 With this thorough conservation work, Ms. Finkelstein has stabilized and strengthened this notable and historic gown for future generations.