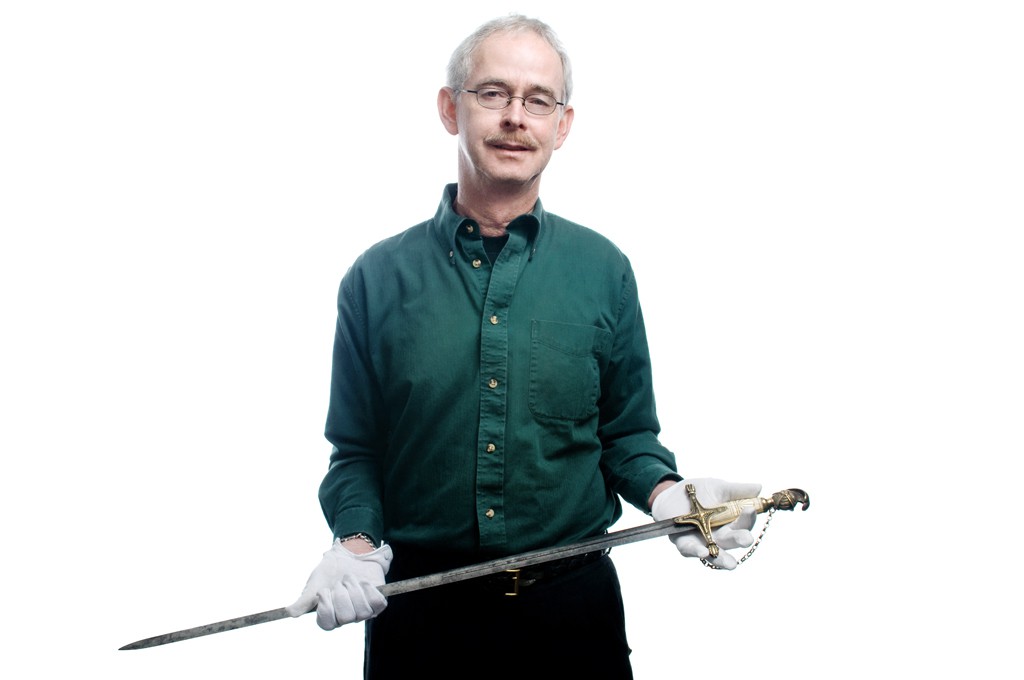 The first time that I saw the sword was several years ago as I walked through a temporary exhibit on the Civil War at the Charleston Museum. Among the cases, there was a sword which caught my eye. The label stated it belonged to Captain Carsten Nohrden, from the Columbia Battery of the German Artillery. I immediately recognized the name as being my great-great grandfather. My family was not aware that his sword had survived and was on exhibit at the Charleston Museum.

My father was very excited to hear about it and after visiting the museum along with other family members, called his brother Maynard, who was a retired Colonel from the Marines living in California. He also was unaware of the swords existence. The sword is of steel and brass with an ivory handle, the scabbard is also brass. I discovered through the accession files that the sword was given to the Museum in 1935 by Mrs. Minnie Wilkins, who was my father’s great aunt. 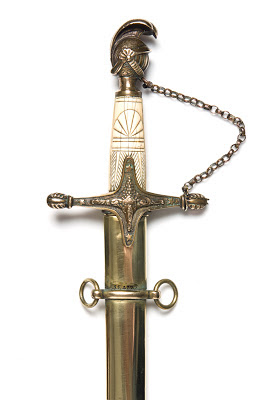 “My family was not aware that his sword had survived and was on exhibit at the Charleston Museum.”

Captain Carsten Nohrden came to Charleston in the 1840s, from what was then the Kingdom of Hannover, now part of Germany, and soon after became a successful business man. By 1860, he was the owner of a grocery store and also a saloon. These businesses and his home were near Laurens Street, now part of the waterfront. He married Adeline Burnham and had three girls and two boys, one of whom was great grandfather Francis Edward Nohrden. 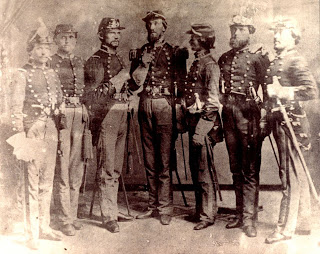 Captain Nohrden was one of the first volunteers to join the Confederate Forces and, unfortunately, on July 23, 1861 he succumbed to hemorrhagic fever while serving on Morris Island.

Neil began working at the Charleston Museum’s historic houses in 1981 and became Assistant Curator of History in 2002.

Continuing its commemoration of the Sesquicentennial of the Civil War, the Charleston Museum presents Brethren, an original exhibition examining artifacts associated with militia units which served in and around Charleston during the Civil War. The exhibit draws from the Museum’s weapons, archival and textiles collections, offering a variety of perspectives on local militias, and features a Palmetto Guard flag, c 1861, a German Artillery officer’s sword, photographs, and post-war militia uniforms and accoutrements. (learn more)