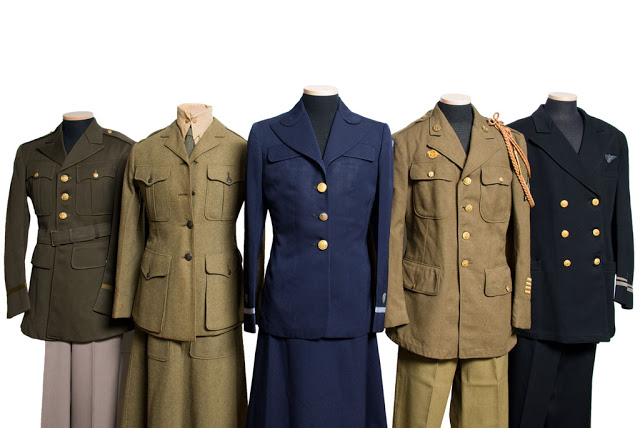 In honor of Armed Forces Day, we present a uniform from each branch of military service. The Army uniform was worn by Warren Ripley of Charleston during World War II. He served as a second lieutenant with the Army Field Artillery and with the Army Reserve until 1963. The Marine Corps selection is a uniform worn by Susan Corbett, a corporal in the quartermaster’s department, stationed in Charleston during the war.

These and many more military uniforms will be on exhibit from June 26, 2015 – January 10, 2016 in our Historic Textiles Gallery. On Parade, Into Battle will feature uniforms and accoutrements from the American Revolution to the present.