News and EventsVirtual ToursThe Lowcountry Fossil Record After the Oligocene

The Lowcountry Fossil Record After the Oligocene 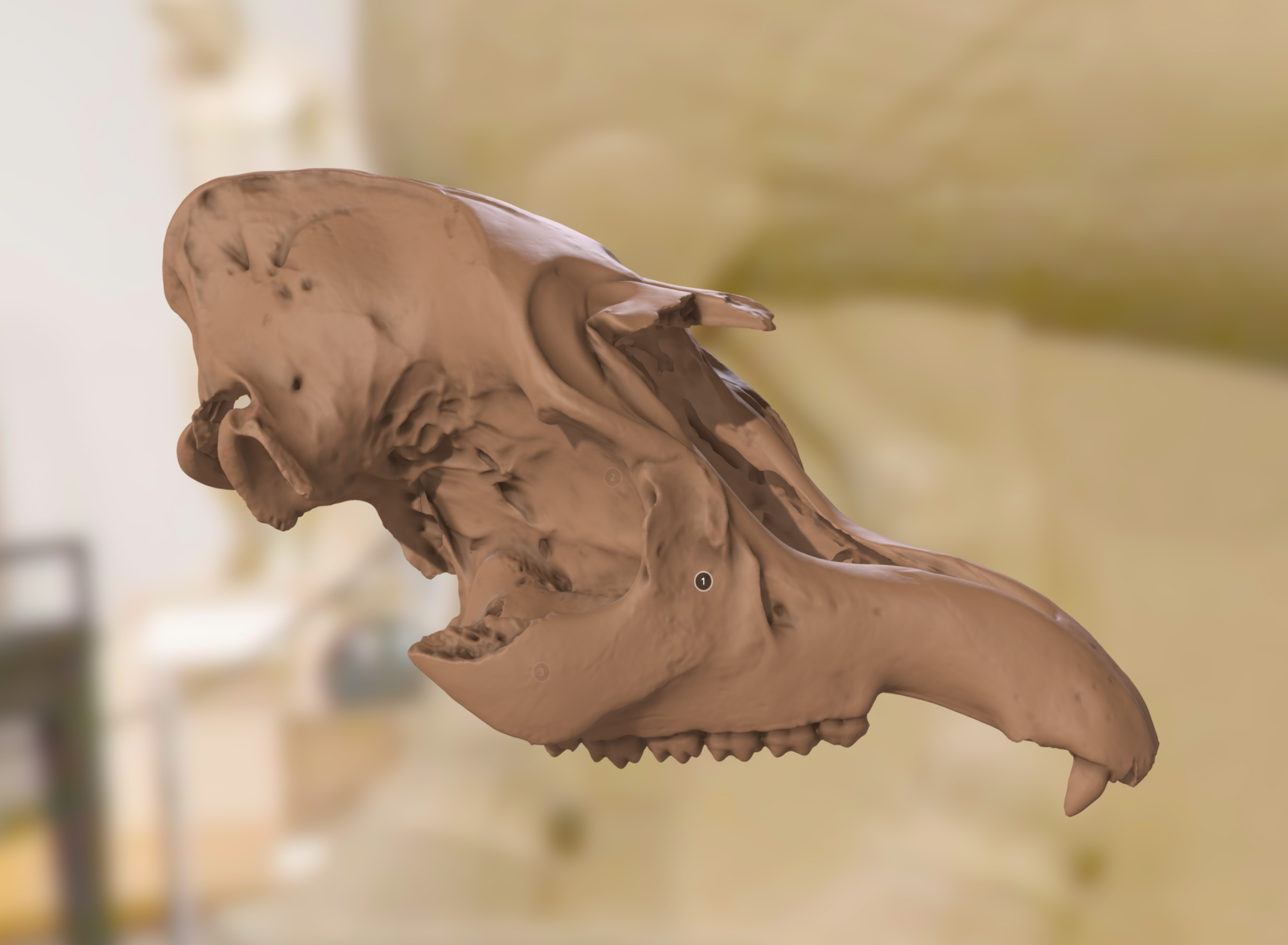 The Lowcountry Fossil Record After the Oligocene

Although there are other post Oligocene time periods represented in the Lowcountry, they are not typically found in situ. Instead, they are typically found eroded out and reburied in layers they did not originally belong. Shark teeth, a commonly sought after fossil resource in South Carolina, are of this type. This can be frustrating for paleontologists. If the fossil is not in its original sediment layer, it is often impossible to date. Because of this, paleontologists have to rely on the ages of the fossil species found elsewhere in their sediment layers.

A more precise way of determining a fossil’s age without dating its layer is to look at all of the fossils from a particular site, even if that site is not their original deposit. Fossils found from Edisto Island are “dated” in this way. It is well known to local fossil collectors that Edisto Beach is a great place to find Pleistocene, or Ice Age, fossils. However, those fossils are being washed up from offshore, meaning the deposit is on the ocean floor. The layer has never been directly sampled, but by looking at the animal species whose bones wash up, like mammoth, mastodon, tapirs, and ground sloths. It is actually simple to narrow down the time frame. Many of those fossil species are also found at the La Brea Tar Pits in California, and it is mostly likely these two deposits represent the same time period of about 240,000 to 11,000 years ago.

Mammoths possess high, flat molars very similar to modern elephants. These teeth have wide grinding surfaces that the mammoth used to crush grasses they ate. Mastodonts have cusps on their teeth that are used from crushing tougher materials like leaves and twigs. As most mammals grow they develop baby teeth that eventually fall out and are replaced by a full set of adult teeth. Unlike other mammals, however, these proboscidean molars begin development in the back of the jaw, and like a conveyor belt, as the younger teeth grow they push the older teeth forward until they eventually fall out.

ChM PV7743 – Mastodont tooth
by The Charleston Museum
on Sketchfab

Tapirs are a semi-aquatic relative of horses and rhinos in the group Perissodactyla. Tapirs have a very lengthy fossil record in North America, but went extinct here at the end of the last Pleistocene. Modern tapirs can still be found in South America, Malaysia and neighboring Indonesia. Alongside animals such as llamas, tapirs migrated to South America before the end of the last Ice Age and that migrated population survived.

ChM PV4257 – Tapir skull
by The Charleston Museum
on Sketchfab

The giant ground sloth, Eremotherium laurillardi, is one of the most famous animals in The Charleston Museum’s Bunting Natural History Gallery. Eremotherium was the largest ground sloth in North America standing roughly 4.5 meters tall (almost 15 feet) and weighing over 3 metric tons. This giant herbivore likely used its long claws to strip trees of their leaves and bark. When alive, the claw of Eremotherium would have been covered with a keratin sheath, like your fingernails, making it significantly longer. The longest would have been roughly 43 cm (approximately 17 inches).

Several hypotheses have been put forth to explain the extinction of the characteristic Ice Age megafauna. One of the most prevailing ideas is that the warming climate became too much of a hurdle for cold adapted animals, such as mammoths, to survive. The Lowcountry during the Pleistocene was not a frozen habitat, however, and these animals probably could have survived in a warmer climate. Some habitat would have been lost to rising sea levels, but animals could have easily migrated to new habitat further inland.

Others have hypothesized that overhunting of megafaunal species by early humans led to their extinction. This is plausible, but some species seem to have already been in decline before the arrival of humans in North America, with some migrating to South America. It is possible that a combination of climate change, overhunting and other factors led to the extinction of the Ice Age megafauna, as multiple environmental stresses would have definitely made life difficult for these ancient giants.