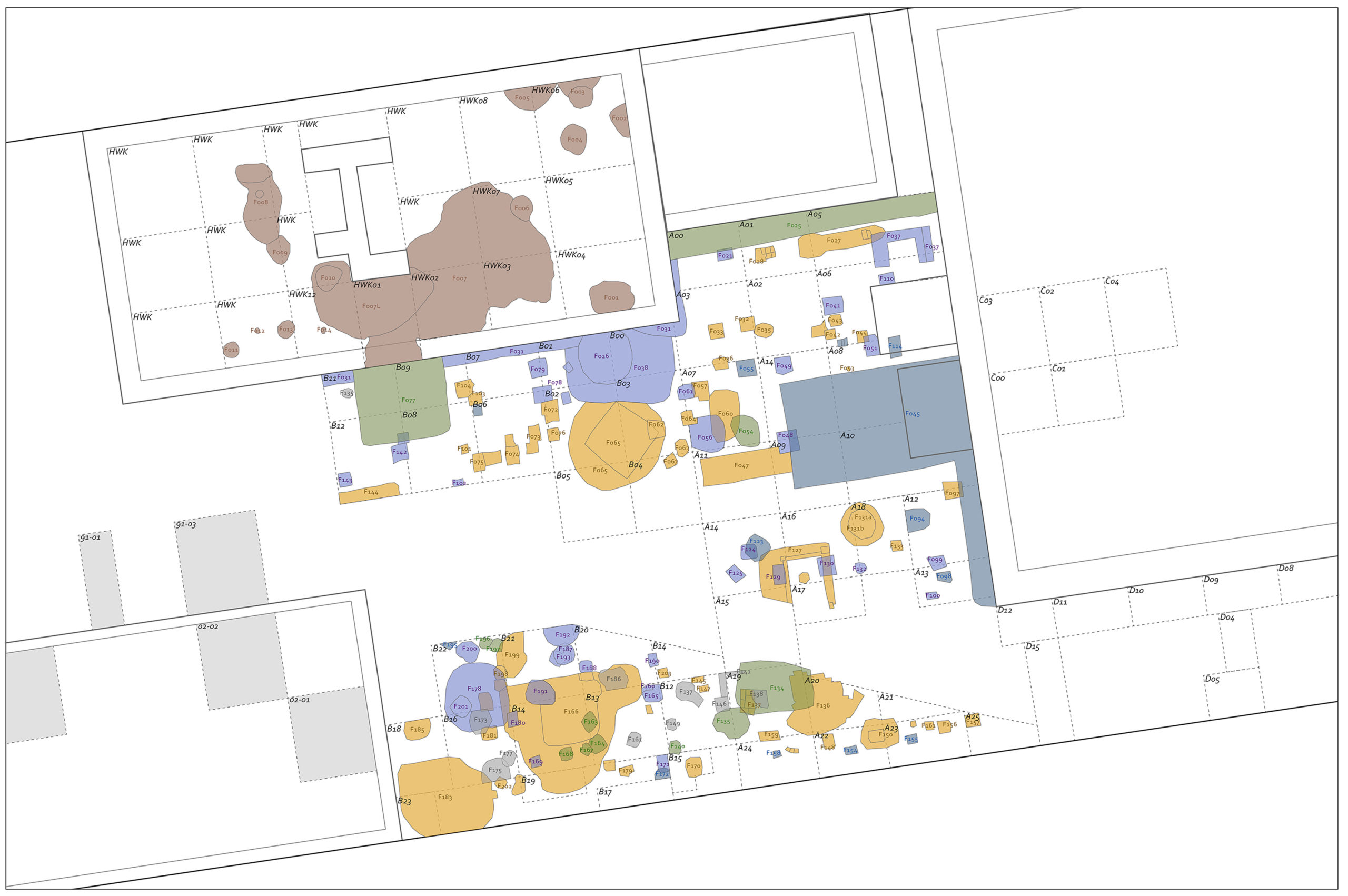 Map of features in the Heyward-Washington yard, by Sarah Platt

Much has been written about the archaeological excavations at the Heyward-Washington House, and the artifacts recovered from the digs. Elaine Herold’s excavations of the kitchen, privy, work yard, driveway, and main house cellar in the 1970s produced one of the largest and most diverse artifact collections housed at the Museum. Excavations in the stable building in 1991 and 2002 added to that assemblage. Re-analysis of those materials in 2017 by Sarah Platt suggests that the collection includes over 80,000 ceramic fragments alone. Occasionally, just a single artifact has a story. 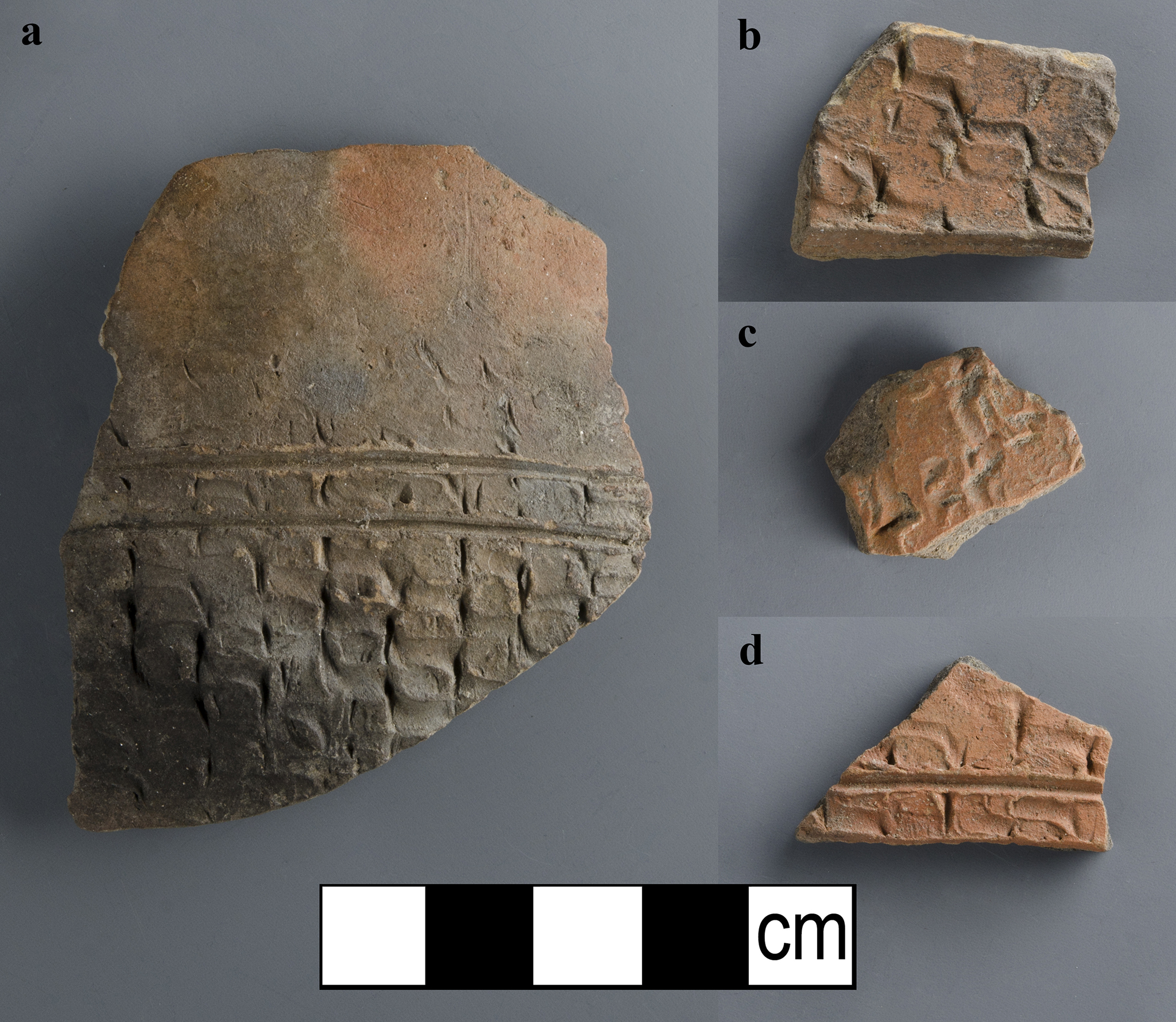 Our featured artifact, a large fragment of colonoware, along with three related smaller ones, were recovered from feature 48 in Square A9, near the rear entrance of the house. The artifacts found here associate it with the occupation of John Milner Jr., who lived at the property from 1749-1768, before the Heyward house was built.

The discovery comes from a recent re-analysis of the colonowares recovered from Heyward-Washington House archaeological projects, by Ron Anthony, Martha Zierden, and Sarah Platt, and two experienced archaeology department volunteers, Juliana Falk and Barbara Aldrich. Enslaved and free Native Americans, Africans, and their descendants interacted with Europeans in early colonial South Carolina, and this interaction resulted in a new ceramic tradition. Scholars have debated the source of these wares for decades, working to identify potters and sources of the potting traditions. All of the colonwares (4033 fragments) were identified by four varieties defined by Ron Anthony.

These stood out as different from all others. We consulted two local colleagues also studying colonowares; Jon Marcoux of Clemson University and Corey Sattes of Drayton Hall. Corey had identified nine small fragments with a similar design from the Drayton Hall collections. A third vessel was identified at the Horry County Museum. This led to a detailed study, with surprising results. 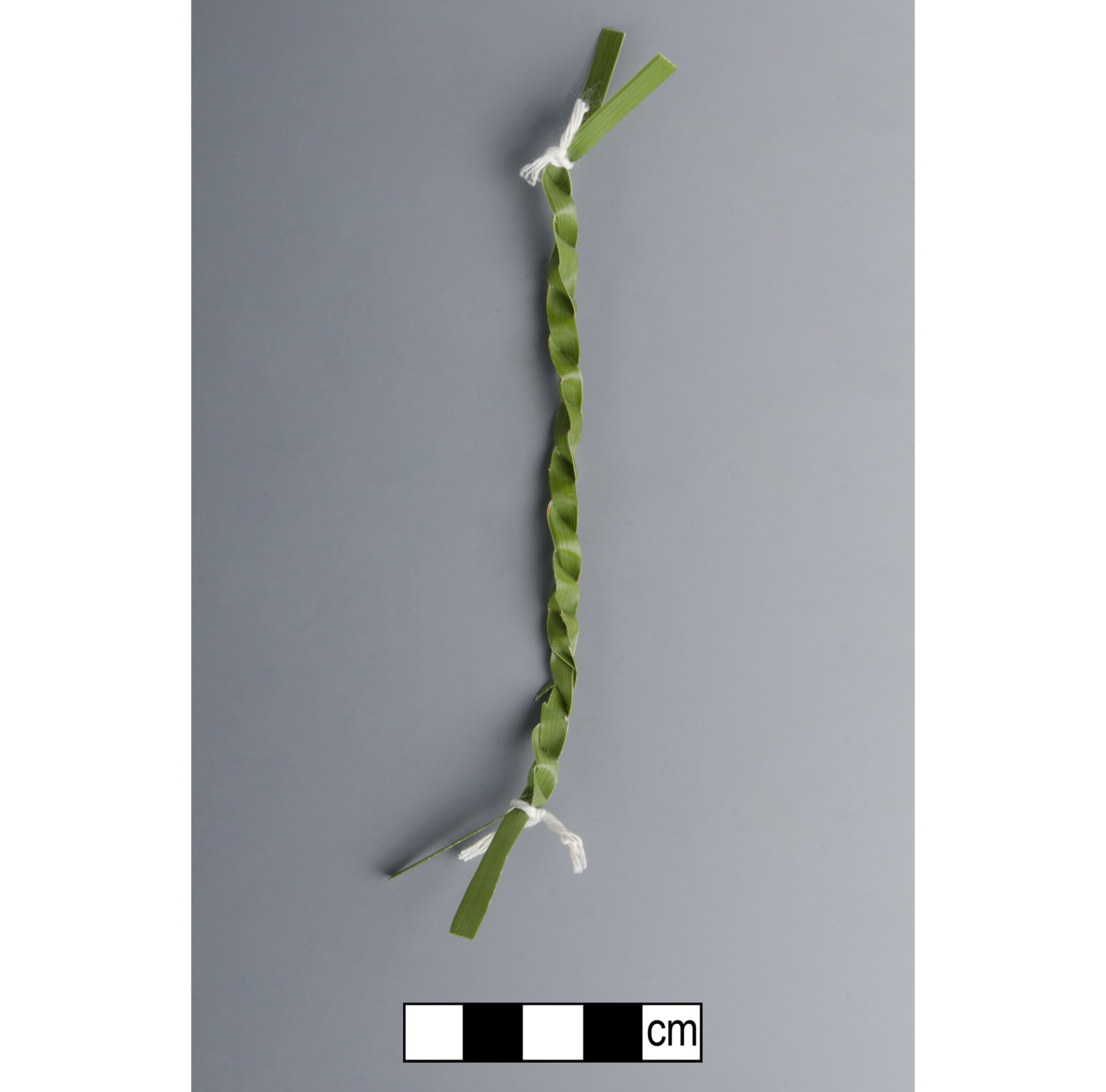 A roulette made from two strips of palmetto, twisted together. Courtesy of Corey Sattes.

Our fragments come from a hard-fired vessel with a rouletted surface decoration, produced with a folded strip of plant fiber, likely palmetto, that was pressed into the clay to create the pattern. A folded strip roulette is easy to produce. Two strips of vegetal material are twisted around one another. The twisting motion creates the characteristic three-sided cross-section of the roulette. The roulette makes a diamond-shaped, or quadrilateral, pattern that repeats every third element. Marcoux and Sattes replicated the manufacture process with freshly-cut palmetto for their study, producing identical results. 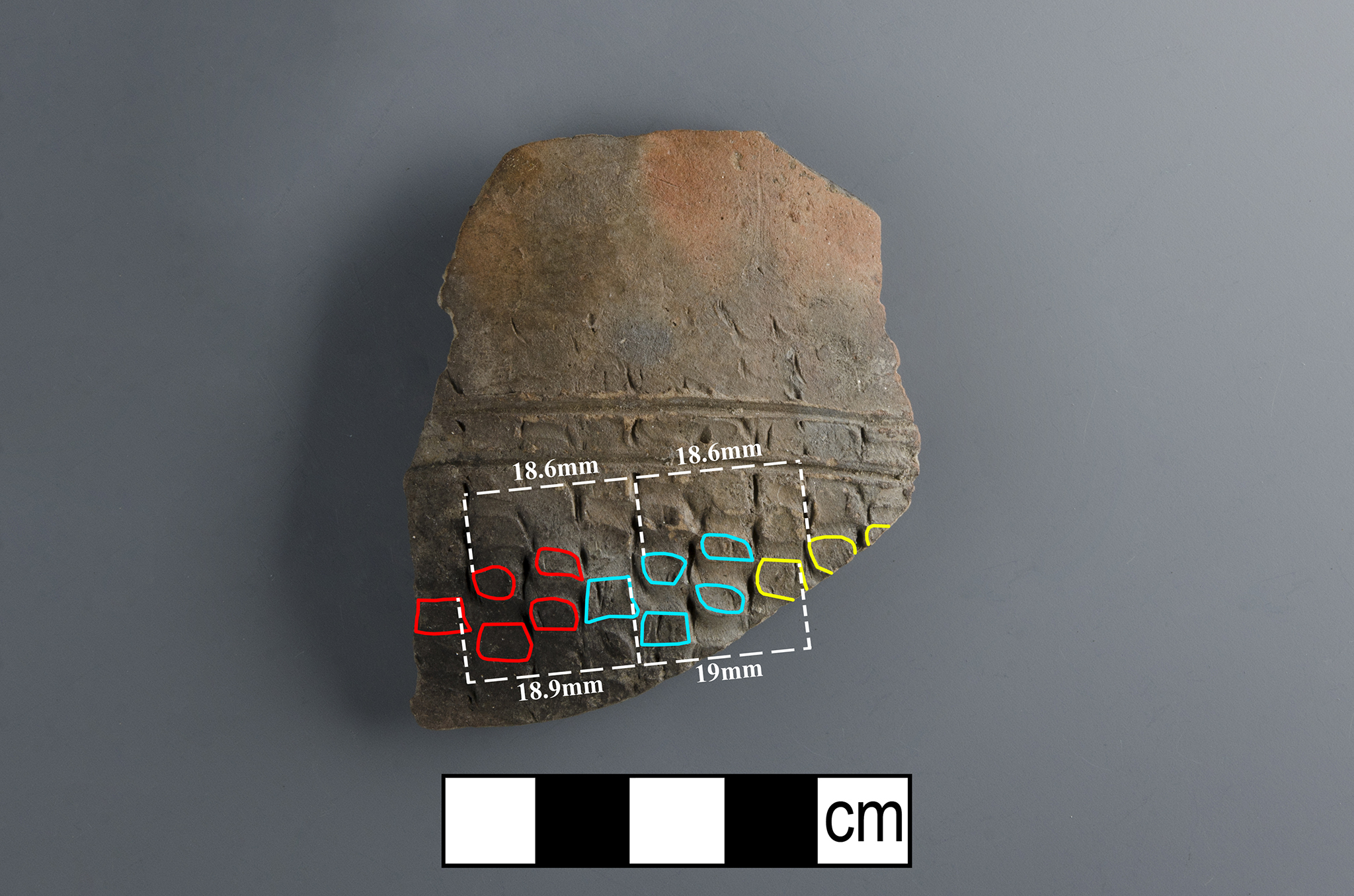 The rouletted sherd with the repeating three-sided pattern highlighted. Courtesy of Jon Marcoux.

This particular roulette technique has direct ties to West Africa and northern Central Africa, where it was practiced for hundreds of years up to the present. Native people in southeastern North America, did not produce any type of rouletted decoration for nearly a thousand years prior to European colonization. These rouletted fragments are possibly the first evidence of an identifiable African potting tradition on colonoware. But the vessels themselves are not from Africa. Most fortunately, the largest fragment from Heyward Washington was among samples subjected to Neutron Activation analysis by Brian Crane, and the rouletted sherd clusters with examples identified as Lesesne, suggesting this is a locally-made product, and not an African vessel.

Our research has recently been published in the Journal of African Diaspora Archaeology and Heritage. As expected, the study generated much discussion and debate among readers. No doubt, the Heyward-Washington archaeological collection will continue to produce new discoveries, and scholarly discourse, for years to come.