A Different Kind of Pandemic 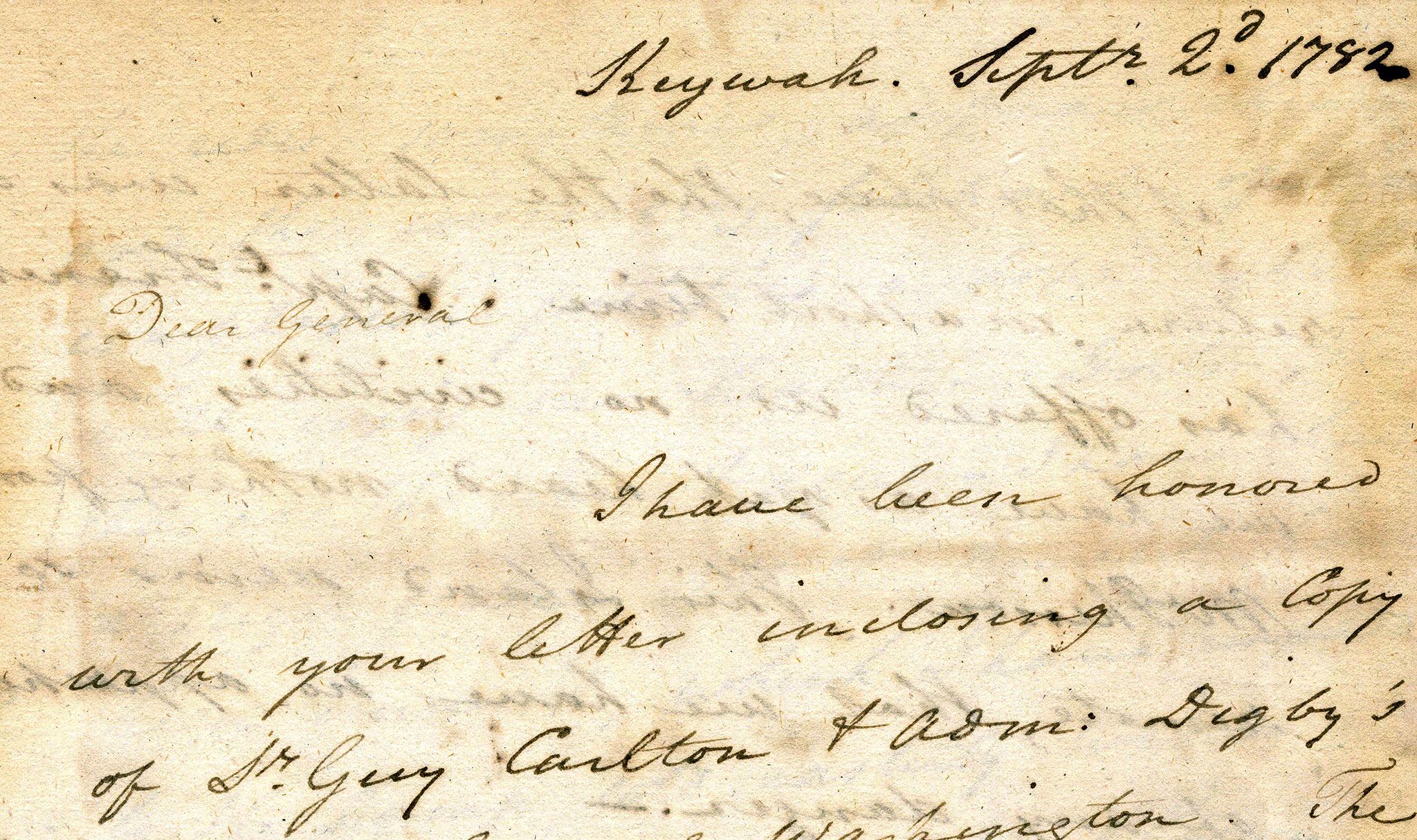 Excerpt from a letter from Captain Nathaniel Pendleton to General Nathanael Greene, September 2, 1782

It was summer 1782, and the Revolutionary War was winding down. In the wake of the great victory by American and French forces over the British at Yorktown in October 1781, the royal government had decided to concede American independence and enter into peace negotiations with the rebellious colonists. As these talks were taking place in Paris, the American army led by General Nathanael Greene was outside of Charleston, hemming in the British forces under General Alexander Leslie. Greene’s main army was encamped near present day Middleton Place, but detachments were posted closer to Charleston to keep a wary eye on the enemy that had occupied the city since May 1780. After nearly two years of hard campaigning in the south, Greene’s army was in deplorable condition. Many soldiers lacked proper clothing, few supplies were coming in and the troops were racked with illness. The illness that affected them most was malaria. Intermittent fever and chills, brought on by this mosquito-borne disease, could completely debilitate a person for weeks, if not months, and it often proved fatal. Particularly rampant in Charleston in the warmer months, malaria killed several hundred American, British and Hessian soldiers in the summer and fall of 1782.

Medical science of the period did not equate the malarial fevers with mosquitoes per se, but rather with the wet and stagnant environment they thrived in. Accordingly, when “fevers” struck, physicians recommended that those suffering go to a more “salubrious” climate. That summer and fall, a number of Greene’s officers endeavored to move themselves to such a place nearby so when they recovered they could quickly rejoin the army.

The place they repaired to was “Keywah,” which we know today as Kiawah Island. A letter in the Museum Archives from one of Greene’s officers, Captain Nathaniel Pendleton, dated September 2, 1782, sheds light on the experience. Among those sheltering at Kiawah with him were Lieutenant Colonel William Washington and his new wife, Jane Elliott Washington, Greene’s wife, Catherine “Kitty” Greene, and Robert Gibbs and his wife, of Charleston. Others not mentioned in the letter but we know also came to recuperate included General Mordecai Gist, one of Greene’s leading commanders, Lewis Morris, an aide to Greene, and physician Dr. Robert Johnston. 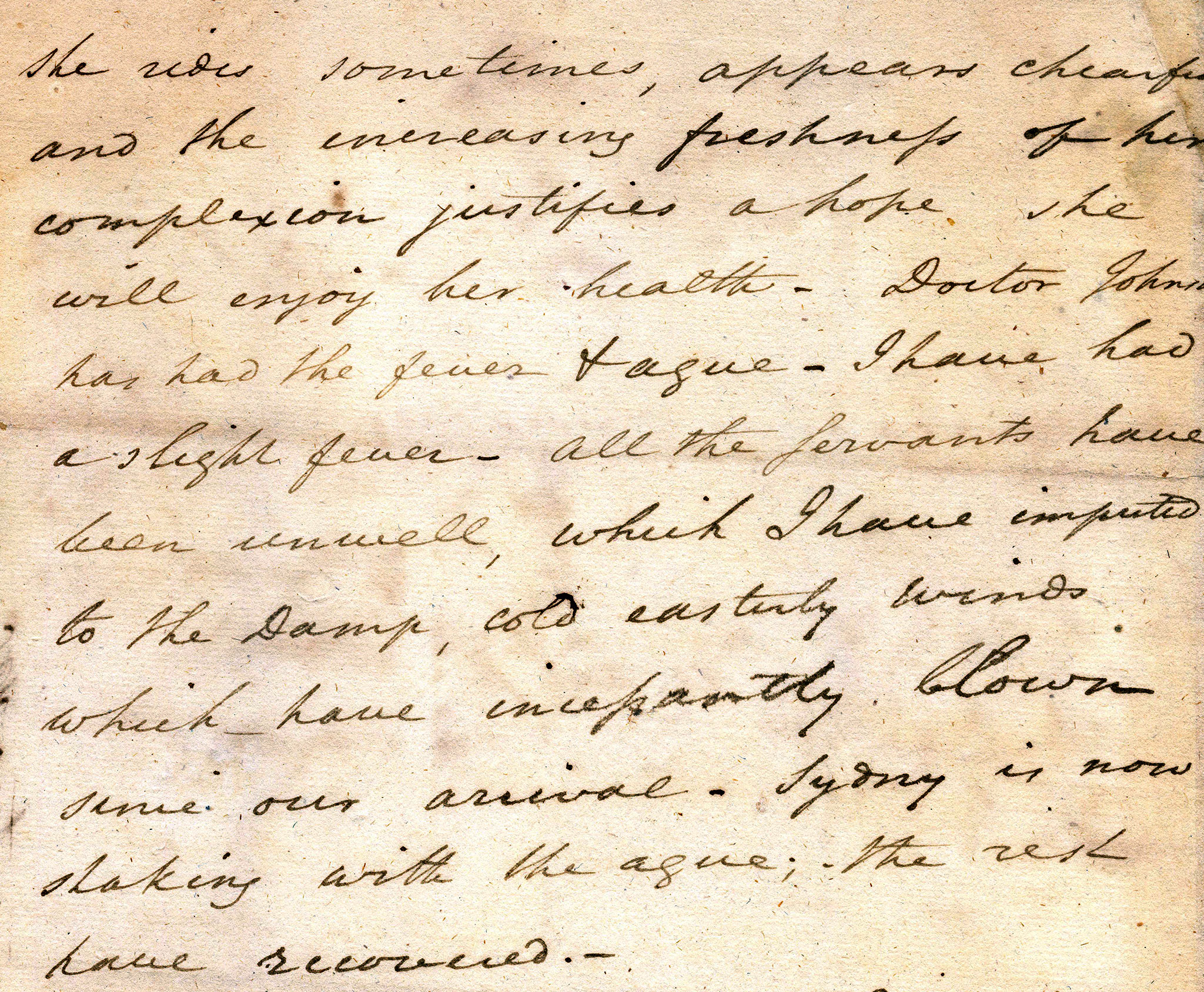 “…she rides sometimes, appears chearful and the increasing freshness of her complexion justifies a hope she will enjoy her health [Pendleton was speaking about Kitty Greene, Nathanael Greene’s wife and her recovery.]  Dr. Johnson has had the fever & ague.  I have had a slight fever.  All the servants have been unwell, which I have imputed to the Damp, cold easterly winds which have incessantly blown since our arrival. [Pendleton is speaking about the enslaved people who came to Kiawah with the group.]  Sydney is now shaking with the ague.  The rest have recovered.”

Despite the “fever and ague” they suffered, this “merry little society,” as Pendleton referred to them, seems to have enjoyed Kiawah as much as those who vacation there today. He noted that Captain Wilmot had tried to procure some wine for them, and in other correspondence, he detailed the various activities they had engaged in, including backgammon and cards, running races on the beach, riding horses up and down the island and dining well. He later lamented they had run out of wine, however, and complained that many in the group had tired of William and Jane Washington’s public displays of affection, to use a 21st century term, toward one another.

The residence they stayed at belonged to William Gibbes and he seems to have taken issue with the particular activities of his guests. In a September 20 letter to Greene, Pendleton claimed that Gibbes “seems to think we have made too free” with his property. Perhaps the displeasure of Mr. Gibbes contributed to a faster recovery, but eventually all the officers and civilians recuperated and returned to the army or their homes.

Cooler temperatures later in the fall reduced the number of mosquitoes and the associated threat from malaria. The British evacuated Charleston on December 14, and a now much healthier American army retook possession of the city.

As for Pendleton, he would go on to become a federal judge in Georgia after the war and later relocated to New York. A colleague of Alexander Hamilton’s, he served as his second in Hamilton’s duel with Aaron Burr in 1807. After the duel, Pendleton helped carry the mortally wounded Hamilton to a barge nearby. Thoughts of the frivolity on Kiawah Island twenty-five years earlier were surely far from his mind.