News and EventsVirtual ToursPaleontology and the Lowcountry

Paleontology and the Lowcountry 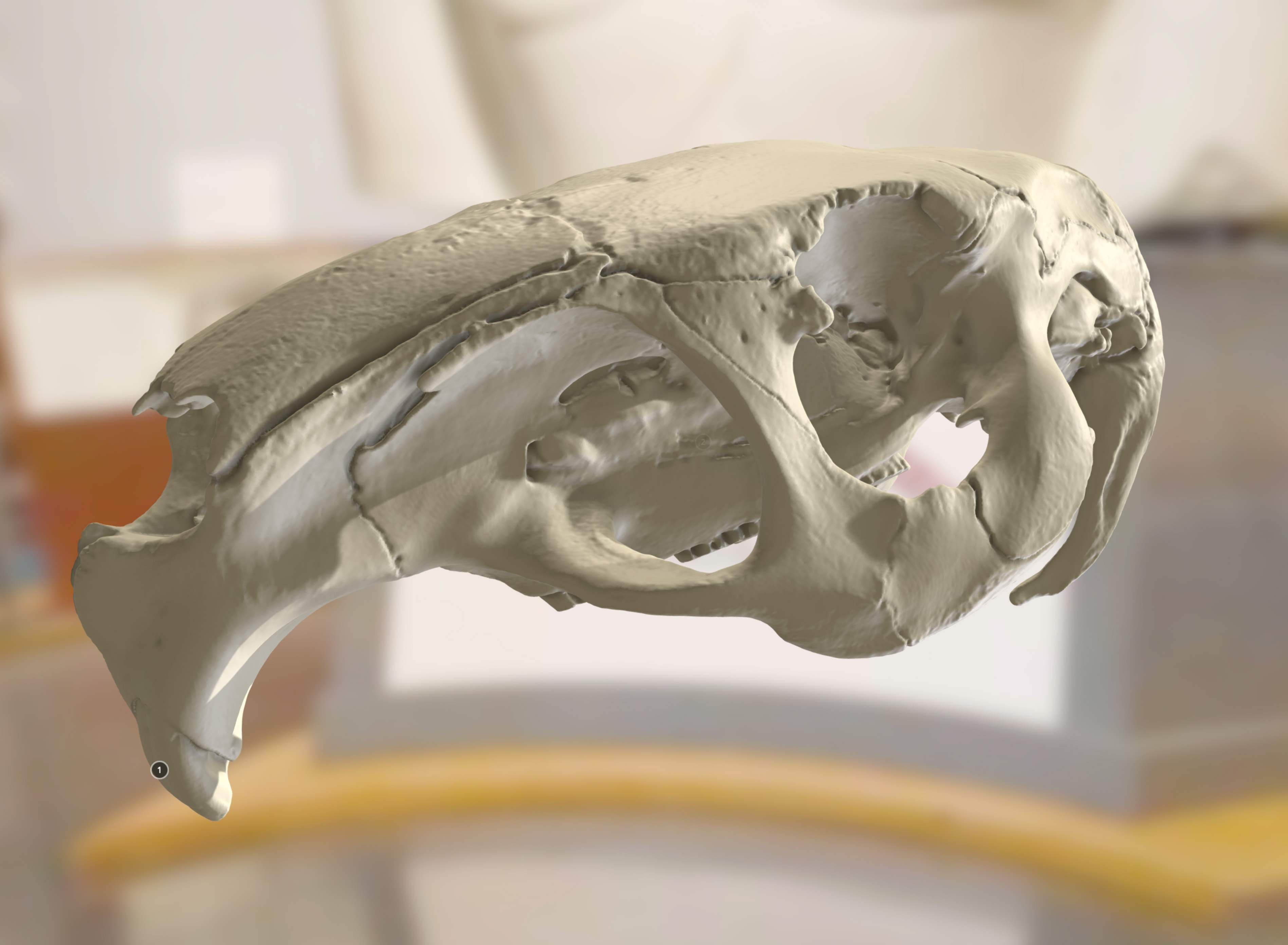 The Charleston area holds a bounty of fossils of ancient marine fauna including invertebrates, fish, reptiles, whales to giant Ice Age behemoths like the giant ground sloth. The Charleston Museum possesses one of the most outstanding collections of locally-collected fossil cetaceans (whales, dolphins and porpoises) in the world, and many of these specimens represent new fossil genera and species that tell us much about whale evolution. As you make your way through this virtual exhibit, click on the interactive 3D models to learn more about each animal.

Understanding how paleontologists study fossil animals starts with understanding modern animals including their anatomy, behavior, and habitats. Paleontologists use this information as a comparison when looking at fossil organisms and then draw hypotheses about how the animals may have looked, behaved, and the ancient ecosystem. As we learn more about modern animals, and find more fossils, we end up learning more about organisms both in the past and present. Observe the following three skulls and the differences between their teeth. Can you determine if the animal was a herbivore, carnivore, or omnivore based on what you see?

ChM CM981 – Coyote Skull
by The Charleston Museum
on Sketchfab

ChM CM1545 – Capybara Skull
by The Charleston Museum
on Sketchfab

The link between anatomy and behavior can be seen in fossils through traits such as tooth shape. These traits, or adaptations, are developed in a population to help them better fit their particular role in an environment. The specific role an organism falls into in its environment is known as a niche.

Adaptations become more common in a population if the adaptation is beneficial to its members. Whales have many examples of this, but one of the most easily visible is the movement of the nose opening, or blowhole. As whale, or cetacean, populations moved from land habitats to ocean habitats those with beneficial traits were more likely to breed and pass those traits down. Over time the nose opening slowly progressed back from the tip of the snout to the top of the head. This reduced stress on the neck due by no longer requiring whales to lift their head above the water to breathe. Odontocetes, or toothed whales, also developed a scoop-like shape to the top of their skull to accommodate a fluid filled organ known as a melon. The melon helps amplify sound that is carried to the inner ear and is used for echolocation, or locating objects using sound. This adaptation makes odontocetes highly effective hunters. Mysticetes, or baleen whales, don’t have melons and do not echolocate.

1) What is an ecosystem? How would you describe the ecosystem near your home?
2) Are humans herbivores, carnivores, or omnivores? How do you know?
3) Are blue whales odontocetes or mysticetes? How do you know? How about orcas (killer whales)?
4) What are some adaptations you would expect to see in a carnivore? How about a herbivore?
5) How is echolocation a beneficial adaptation for whales?

The above Virtual Exhibit using the 3D renderings available in our Natural history Collection is just a sample of the ways you can utilize The Charleston Museum’s Collection, online. Stay connected with us for more examples and ways to critically think about the items in our Collections with our 3D renderings. If you have any questions, or requests, about our website, please email Liza Holian at [email protected].