In the L​owcountry History Hall,​ see materials related to the Native Americans who first inhabited the South Carolina Lowcountry as well as the colonists and enslaved African Americans who transformed the region into an agricultural empire. 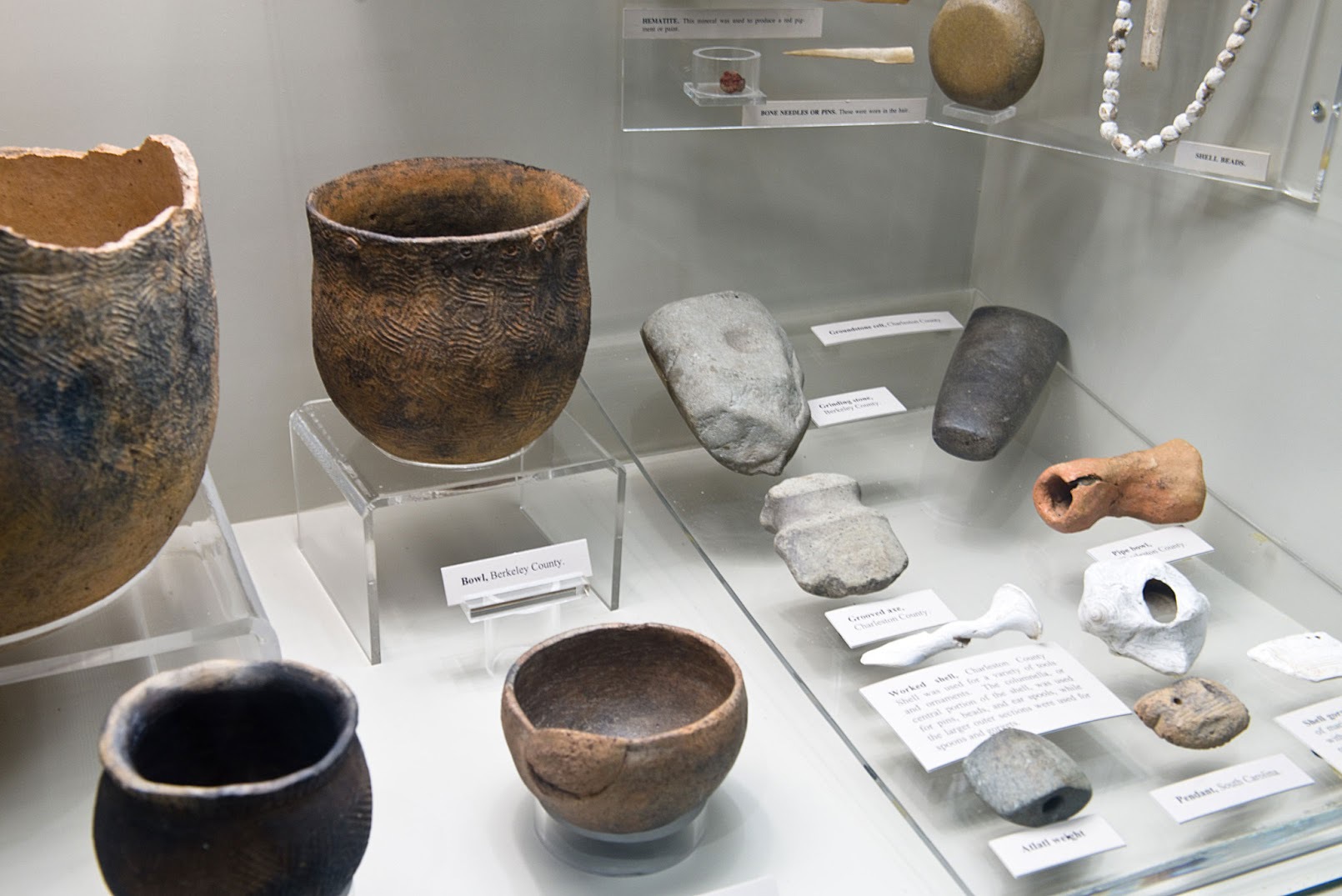 Pottery, stone tools, shelled beads and other artifacts exhibited in the L​owcountry History Hall are fascinating examples of objects used by Native Americans along the South Carolina coast during the late Woodland period prior to European settlement. 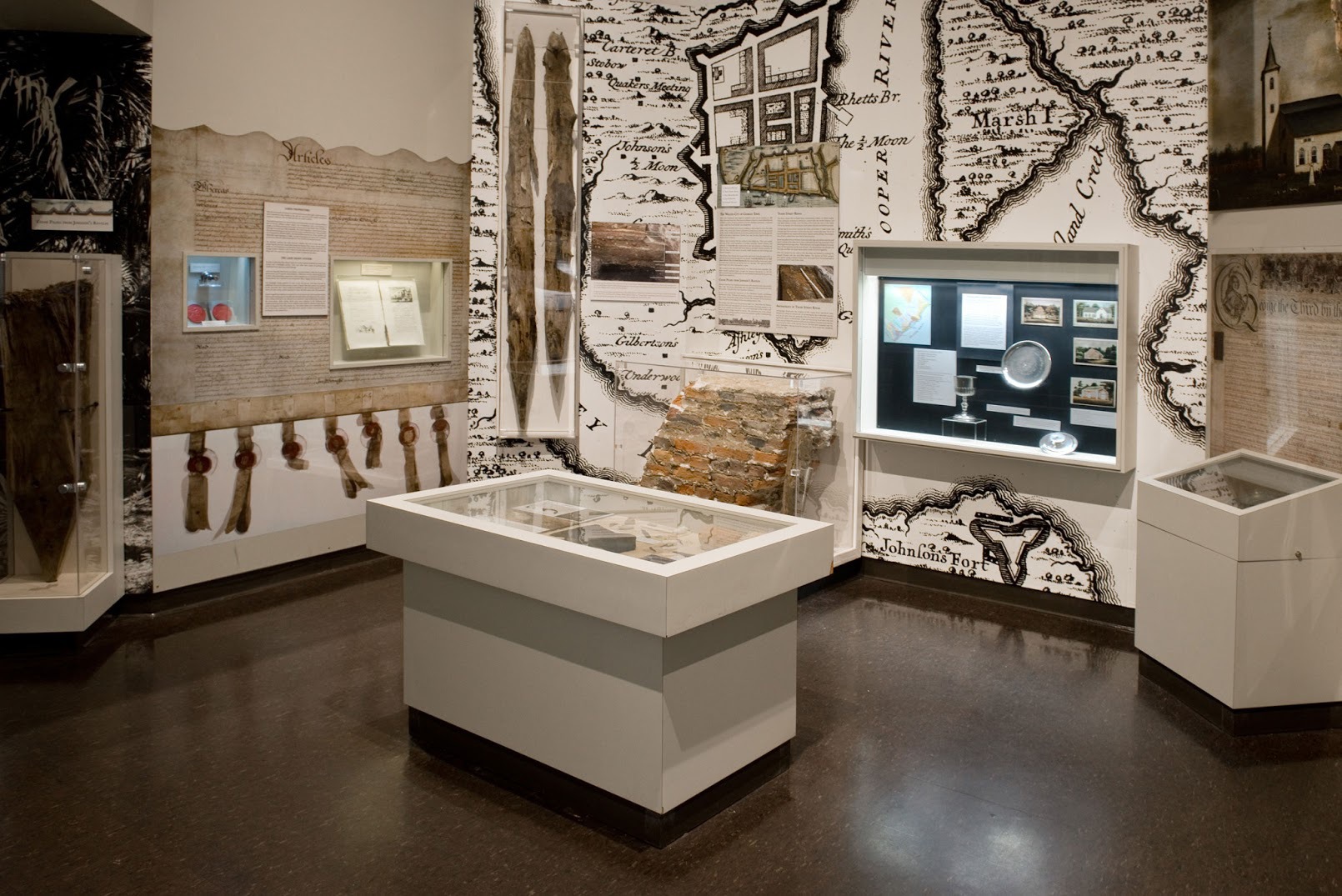 In 1680, colonists, who had first settled at present day Charles Towne Landing State Park ten years earlier, moved to the Charleston peninsula, a more suitable location for defense and trade. They fortified the waterfront with a brick wall and surrounded the city with earthen fortifications to protect themselves from attacks by Spanish and French forces, pirates and Native Americans. Archaeological excavations in Charleston have uncovered portions of the city wall, such as the section of brick parapet on display in the L​owcountry History Hall.​ 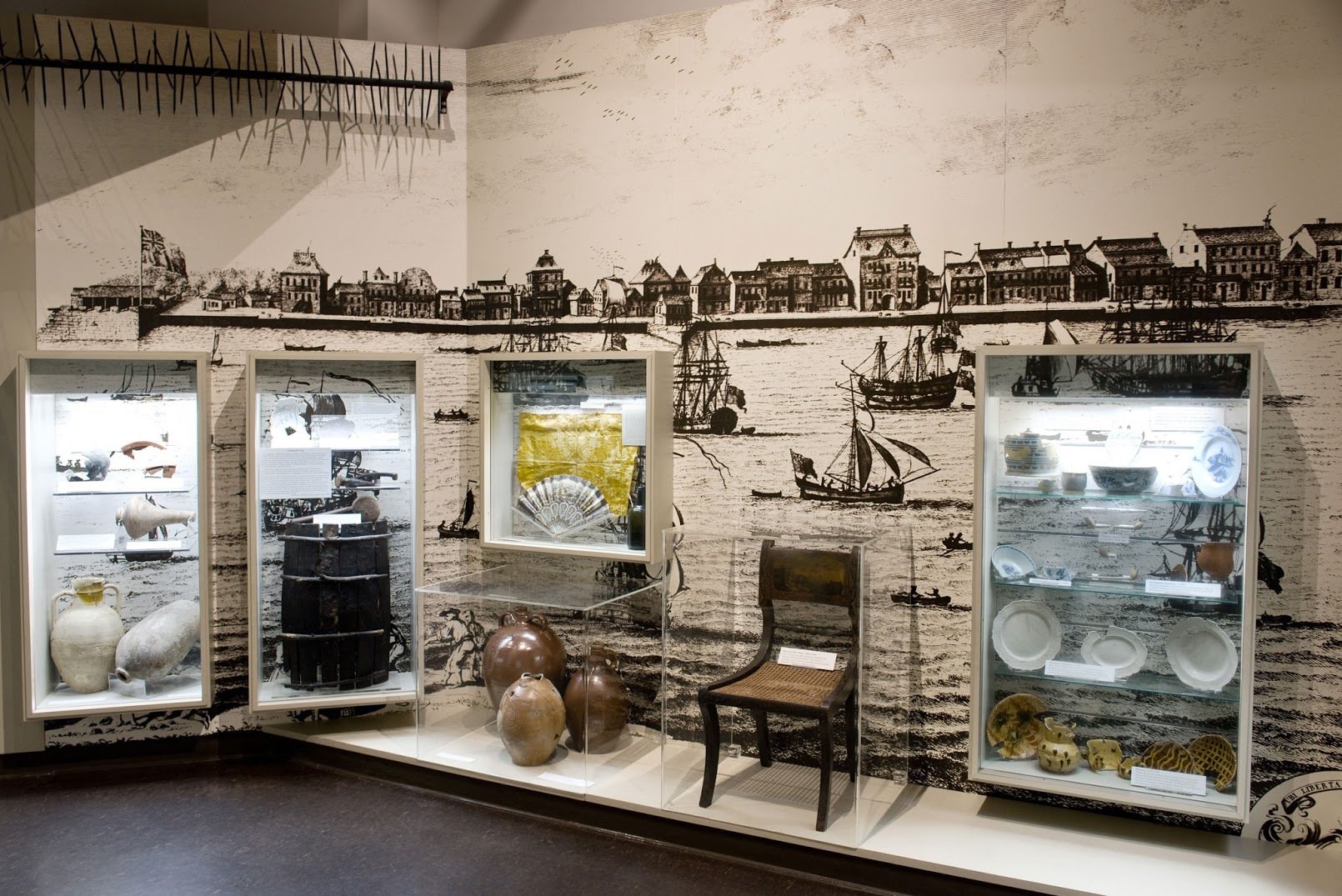 Charleston, possessing a good harbor, quickly became a busy seaport and distribution center. The port city served as a link between the farms and plantations of South Carolina and the European powers involved in the international economy. 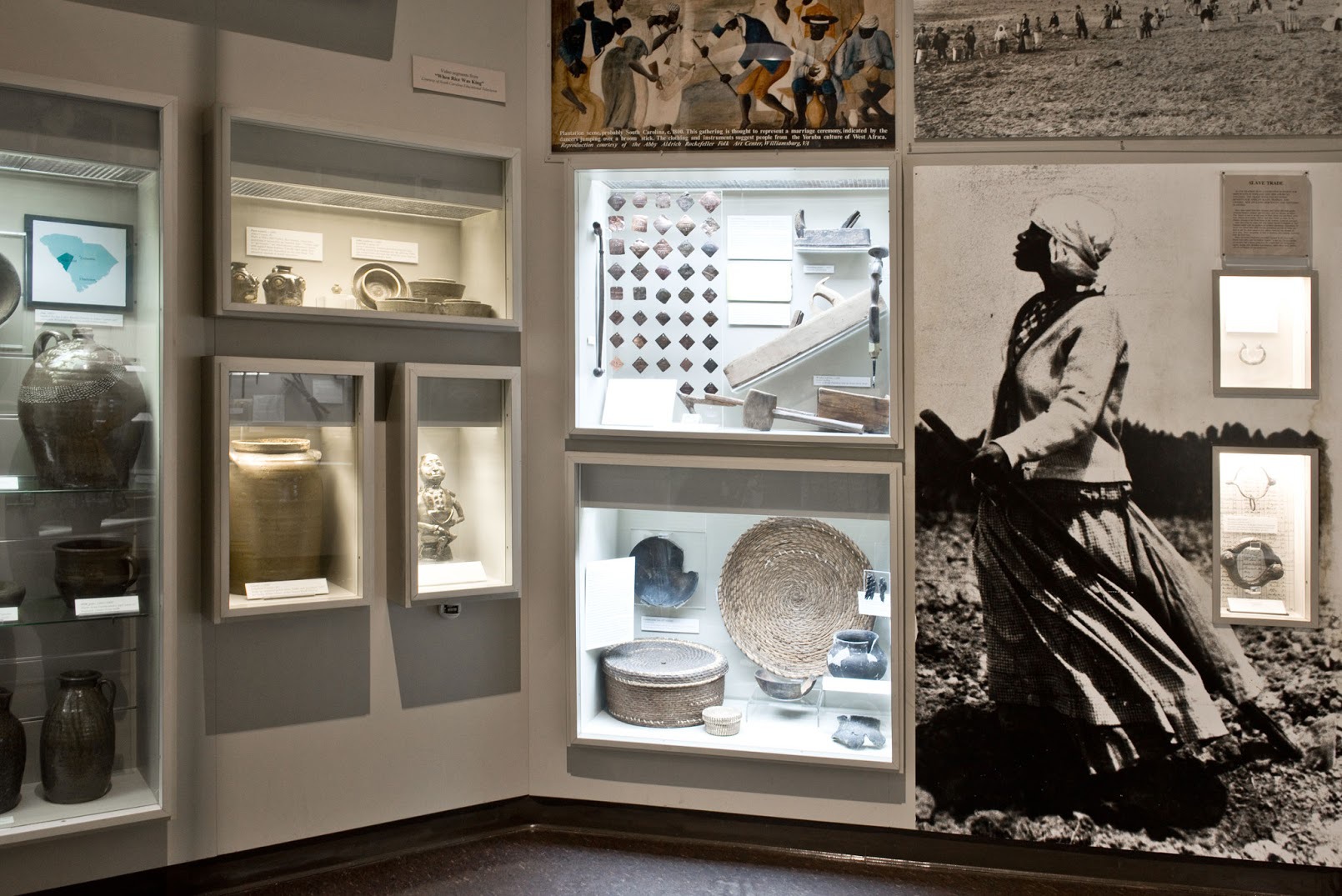 Successful cultivation of rice and, later, cotton brought tremendous wealth to the city of Charleston and to some Lowcountry residents. Enslaved laborers, primarily African Americans, were the backbone of this system and the primary means by which this tremendous wealth was derived.

Copper slave badges were worn by slaves working away from their masters. Pottery on display exemplifies the craftsmanship of slaves working in the industry.

Wealth of the Planters 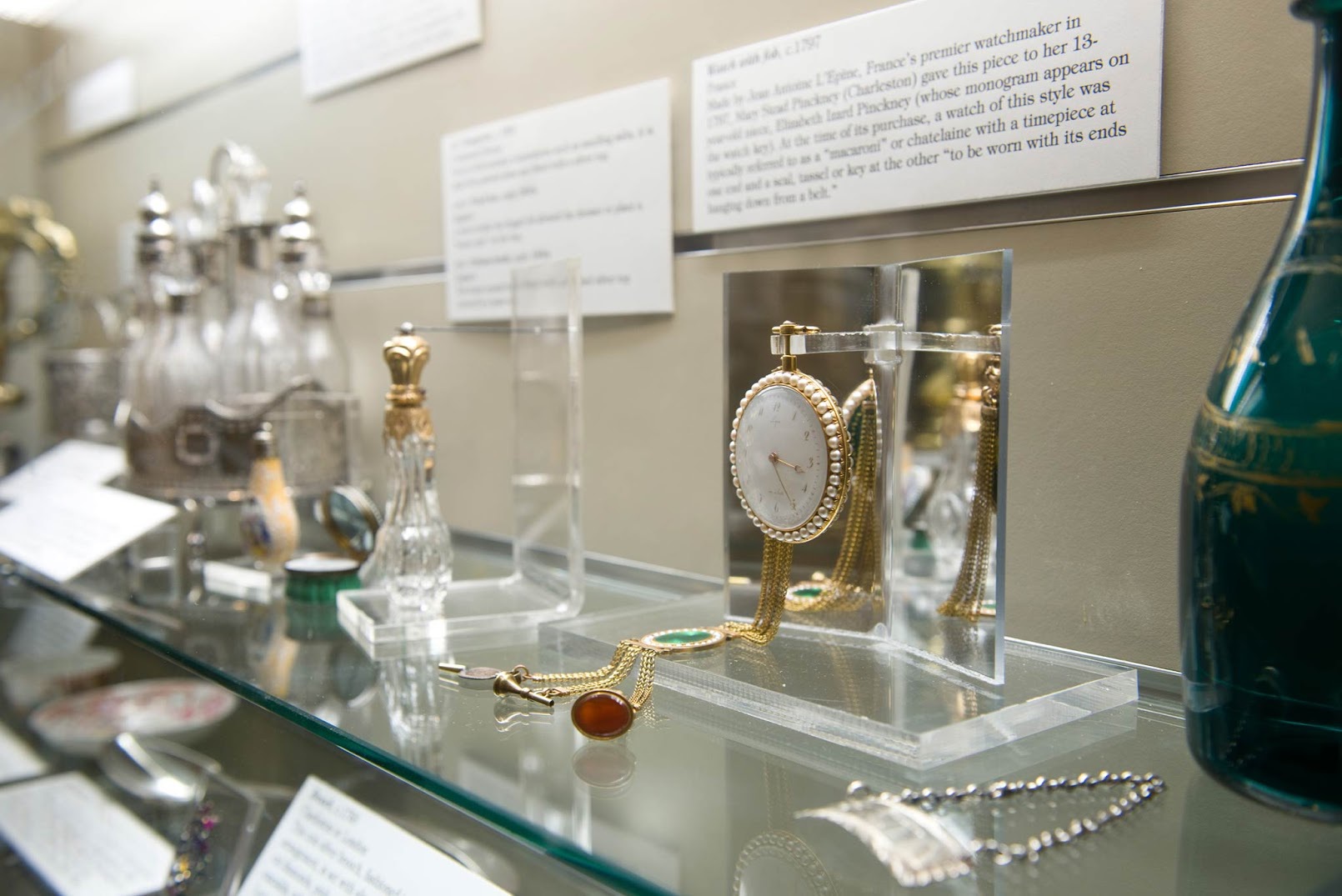 Charleston’s cash crops resulted in immense wealth for merchants and plantation owners. With this affluence, they purchased lavish goods such as jewelry, silver, and tablewares, displaying their prosperity and social position.